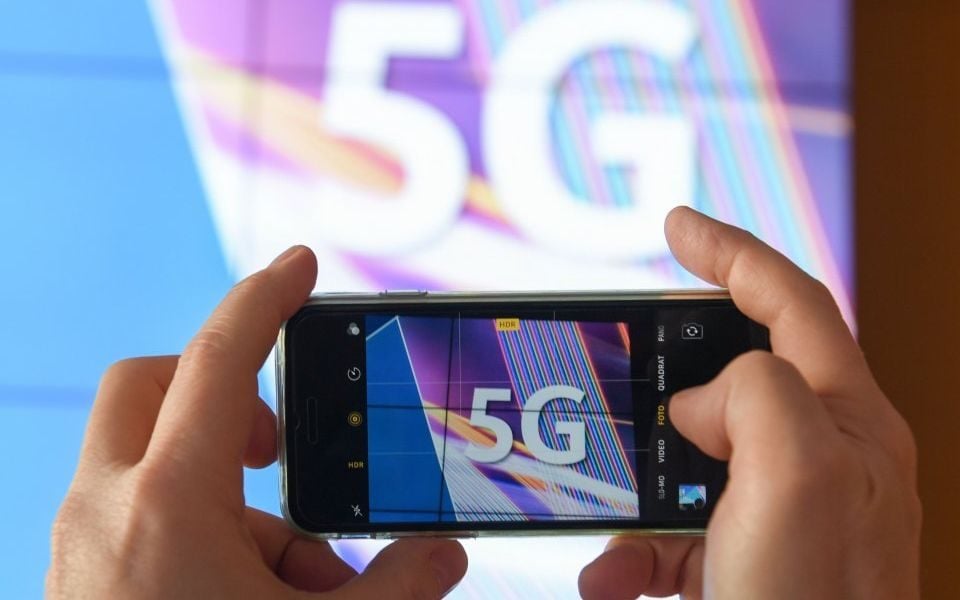 EE and Vodafone have both blocked Huawei handsets from their 5G launches this summer, the telcos confirmed today, as the fallout from US accusations of spying turned radioactive.

Read more: EE will be the first UK provider to offer 5G later this month

They had announced the launch of Huawei’s Mate 20 X 5G smartphone when they turn on their 5G networks in May and July respectively, but Marc Allera, chief executive of BT’s EE mobile operator, told City A.M. today that “we have put it on pause”.

The decisions came in response to Google’s decision to ban Huawei from updates relating to its Android operating system as well as the Google Play Store, following the US's decision to blacklist the supplier.

“The challenge we have at the moment is we don’t have enough clarity on whether our customers are going to be able to be supported over a timeframe of a two or three-year contract,” Allera said.

“[If we get that clarity] then we will un-pause the Huawei launch but if not we can’t put a device out there.”

A Vodafone spokesperson said: “We are pausing pre-orders for the Huawei Mate 20X (5G) in the UK. This is a temporary measure while uncertainty exists regarding new Huawei 5G devices. We will keep this situation under review.”

EE is set to launch its 5G network in the UK on 30 May while Vodafone will debut its own 5G service on 3 July.

Allera told City A.M. Huawei would continue to play a role in EE’s 5G infrastructure, despite a longer term decision from owner BT to remove Huawei from its core 4G services.

“It means that they continue to work with us and other telcos around the world and a bit more clarity is needed as to what the implications are,” he said.

Allera called on government and security services, with which BT agrees network architecture and principles, to provide a clear future direction for providers.

“That guidance needs to come from them,” he said. “I do think clarity is important in this industry when we are making decisions on network infrastructure that lasts for 10 or 15 years. All of us in the industry need that clarity as we can plan for the long term.”

Three has previously told City A.M. that the rollout of 5G could be delayed by 12 months if the government forces providers to buy equipment from more than one vendor.

Chipmaker giant Arm is also reportedly set to suspend Huawei from its list of suppliers after the Trump administration issued a trade ban against the Chinese tech firm over the spying claims.

A Huawei spokesperson said: "We value our close relationships with our partners, but recognise the pressure some of them are under, as a result of politically motivated decisions.

“We are confident this regrettable situation can be resolved and our priority remains to continue to deliver world-class technology and products to our customers around the world.”

EE will put its 5G network live in three stages, with the first phase existing of 5G technology sitting on a 4G infrastructure to offer speeds 10 times faster than those currently available.

A full 5G network will be launched in 2022 before the final phase in 2023 introduces a low-latency service.

The operator will launch 5G in six cities later this month – London, Cardiff, Edinburgh, Belfast, Birmingham and Manchester – before expanding that to 50 next summer, as it makes services live in 100 locations every month.

“With 5G it’s the start of a massive upgrade of the speed and capacity of services businesses and consumers can enjoy and that means a whole bunch of new services can be created on this technology,” Allera said, referencing 4G making the likes of Uber and Netflix widely available.

“It’s very much day one but we are off to a great start.”