Yes, you heard that right – I may be alone, but I found myself applauding the chancellor last night when we got a sneak preview of his response to the Treasury Select Committee’s (TSC) fisking of the autumn Budget.

You may recall that Theresa May pushed the chancellor into a corner last year by declaring an end to austerity at the Conservatives’ party conference.

A few weeks later, when Hammond revealed his Budget, he was thus forced to maintain this line while also trying to meet the government’s fiscal rules.

Such a task was impossible, of course, and the committee pounced on Hammond. It was presumably the Tories on the TSC who blasted the chancellor for failing to hit the fiscal targets.

And it was presumably the Labour committee members who let rip over what they deem to be a shallow austerity pledge.

With a somewhat snarky tone, the TSC criticised Hammond’s “expansive and imprecise claim that austerity is coming to an end”, before concluding: “It’s noteworthy, therefore, that the chancellor felt the need to say that it was odd to define ending austerity as ‘meaning that every department sees an annual real terms increase in its budget’. It’s also noteworthy that the chancellor said that ‘ending austerity is not solely about higher public spending’.”

It is noteworthy indeed – because Hammond is correct on both counts. On the first, Hammond rightly argues that it would be irresponsible for any chancellor to pledge across-the-board inflation-busting budgets for every department without considering which are making the most efficient use of taxpayer cash.

Hammond’s lifting of the personal allowance (an excellent policy started by the Liberal Democrats) in the last Budget was an austerity-easing measure, and as the public finances improve he should stand firm against demands from Whitehall and deliver more of the same. 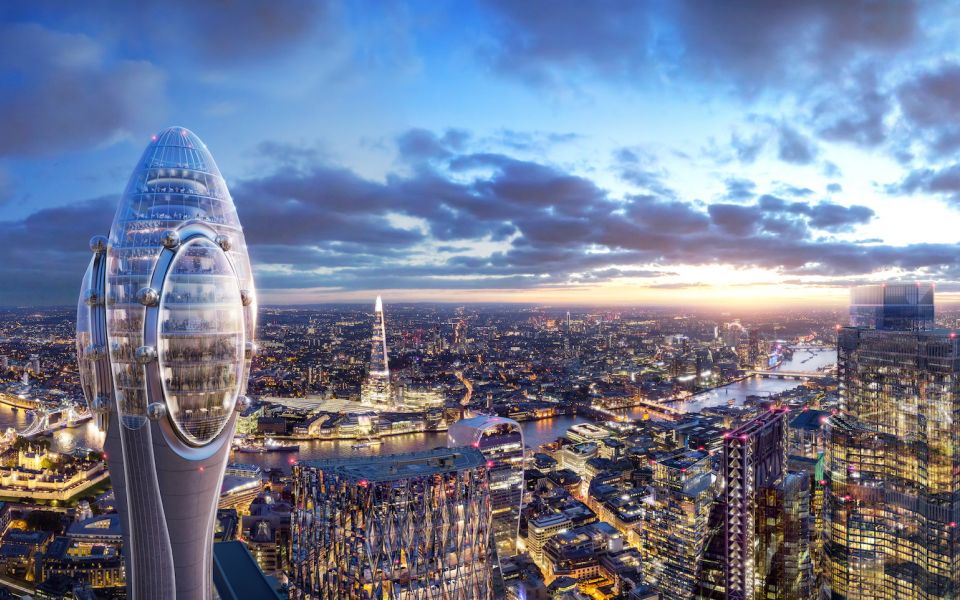 The Tulip is just a metre shorter than City favourite the Shard (Source: Foster and Partners)

Good news for fans of skyscrapers this week as City planners gave the green light to the Tulip, planned for development next to the Gherkin in the heart of the Square Mile

As usual, the proposal has divided opinion but things are going well for the folk at Foster & Partners who have succeeded in naming the building before the general public got there first. If they had been less proactive, what may the odd-shaped structure have been labelled instead?

City workers on Twitter have suggested the Sperm, the Cotton Bud, as well as some less printable options. Meanwhile former KPMG spinner Sorrelle Harper, reflecting on the building’s design, tweeted: “(Cheery medical bedside manner voice): ‘If you just pop your feet up in the stirrups and try to relax… I’m afraid it’s a bit cold’…” Gulp.

Rachel Reeves MP is a constant thorn in the side of the audit sector these days, while also keeping an eye on the wider business community.

The Labour MP, who chairs the Business, Energy and Industrial Strategy Select Committee, was reading the riot act to beancounters earlier this week alongside MP Antoinette Sandbach, when the pair bemoaned a lack of diversity among company representatives appearing before the committee.

“Nine point five times out of 10 they will send a man along,” Reeves said, while Sandbach branded the situation “pretty depressing”.

Given that business bosses dread a call-up to a Westminster select committee, and given how poorly they typically perform in the subsequent grilling, it was one of the more unusual examples of male privilege from the Square Mile. True equality, it seems, is not just a fat pay cheque and a seat on the board, it is the opportunity to publicly humiliate yourself in front of a bunch of irate MPs.

The political stalemate surrounding Brexit is proving costly in more ways than one.

Goldman Sachs said this week that the saga has cost the UK economy £600m a week since the referendum, while ratings agency S&P put the figure at £6.6bn per quarter yesterday.

The deadlock has also had an (albeit more modest) effect on the finances of former Vote Leave mastermind Matthew Elliott, who lost a £50 bet with former Remain campaigner Will Straw over whether a UK/EU free trade deal would be done by March 2019.

Elliott, who sometimes writes for this newspaper, was graceful in defeat, swiftly transferring a nifty to “the3million”, which campaigns for the rights of EU citizens settled in Britain, and noting that he has long supported the rights of EU nationals to remain in the UK. Fair play.