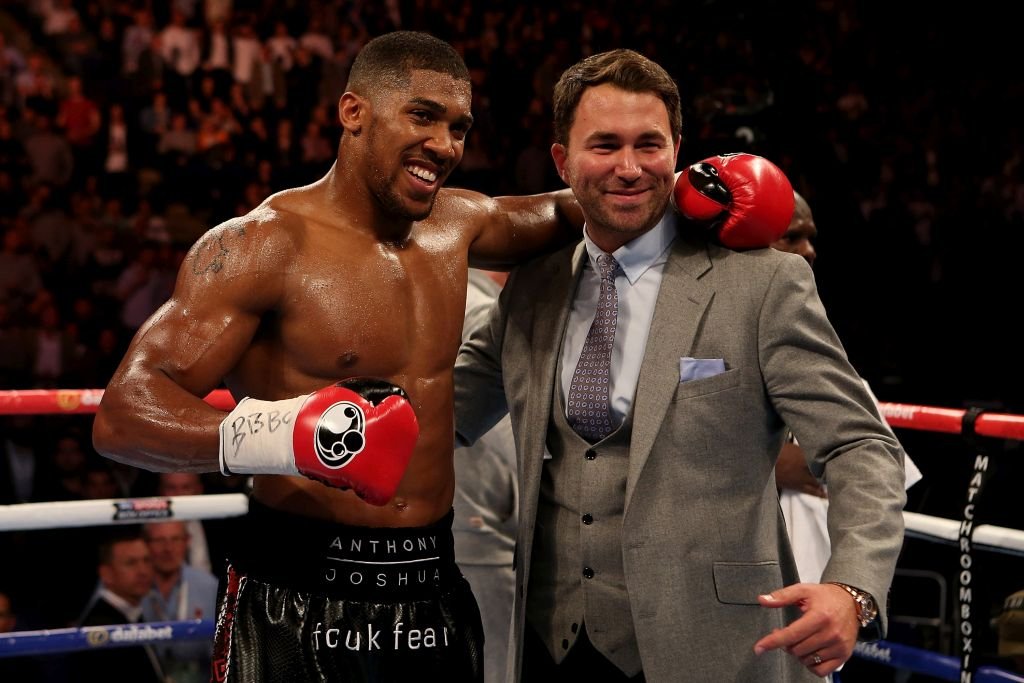 Instead Hearn’s primary concern is to guide fighters such as Joshua towards a world title and those mega-money sponsorship deals, to perfectly plot his path to the top by giving him the testing experience he needs without sacrificing his perfect record.
In the highly fractious and political world of boxing, that weaving of a fighter’s career requires countless strings to be pulled at once. It’s the thrill of that fight that pushes him on: Hearn may not have the rags-to-riches backstory of some of his fellow promoters, but he shares the same competitive desire to stay at the top.
“I don’t really set goals. I wake up every morning and try and work as hard as I can every single day,” he says. “And I get home at night and I don’t stop. When I go to bed at 11 o’clock my head is like spaghetti junction trying to map out these fights and shows and I don’t get to sleep until three or four in the morning.
“But I wouldn’t have it any other way…Coming from the background that I do but still fighting and working like I haven’t got a penny and that makes me dangerous for competitors. I don’t put my feet up on a boat and say ‘I’ve cracked it – six years with Sky Sports!’ I go: ‘ That’s not good enough’. I’m never happy.”