Drones, cybercrime, AR, and robots – the tech trends to watch out for in 2019 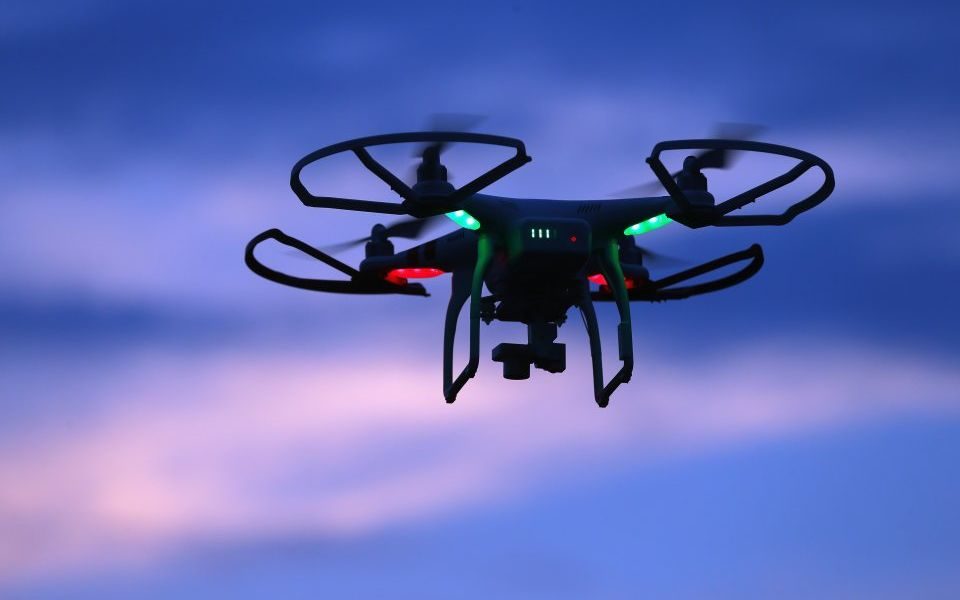 It is finally 2019, and I can’t wait to see what surprises the technology industry has in store for us. What should we keep our eyes peeled for over the next 12 months? To whet your appetite about the future, I asked the experts for their predictions for the top tech trends of this year.

Late in December, hundreds of flights at Gatwick airport were disrupted because drones were spotted over the airfield. No one seemed to know what to do about it, and in the end the military had to be called in. Such incidents will become more common in 2019 as the popularity of drones rises, warns Anne Sheehan, enterprise director at Vodafone. But there are opportunities too.

“Drones are giving rise to many recreational activities and business benefits,” she says. “It is not fanciful to imagine in the future using our fibre and mobile networks to help steer organ-flying drones to hospitals across busy cities. On the flip side, rogue drones can pose security risks. The transition from a consumer toy to a commercially viable service requires a step-change in tracking and accuracy to protect our critical infrastructure.”

Gatwick showed just how unprepared our regulation is for drones, so let’s hope the politicians can keep up.

Cybercrime isn’t exactly a new concern, but unusual forms of hacking are likely to emerge in 2019. Surprisingly, one new method of attack to watch out for is related to 2018’s least interesting topic – the EU’s General Data Protection Regulation (GDPR). Look out for hackers attempting to extort businesses by exposing them to fines.

“They will be aware of the potential fines that the Information Commissioner’s Office could issue, and use this to extort money from organisations by carrying out a data breach and providing evidence to the company.

“The cyber criminals then tell the victim that they have two choices: pay the fine of up to €20m, or pay the hackers’ fee, which tends be much less and will avoid the reputational damage caused by any data breach.” Be warned.

Speaking of cyber security, expect to see nation states stepping up efforts to use social media to meddle in one another’s affairs, predicts Stephen Cox, chief security architect at​ SecureAuth.

This is already a huge issue – fears of “Russian meddling” in elections have led to the ongoing Mueller investigation in the US, as well as parliamentary inquiries into tampering during the UK’s Brexit referendum.

“Election-targeted attacks have been a big topic, as we saw during America’s midterm elections in November,” Cox says. “Foreign nation states are getting increasingly advanced in their efforts to affect elections – but not as you might think. Nation states are likely building databases of social information and intelligence for use in sophisticated phishing tactics, but are also using that information to coerce or reinforce belief systems among social media users.

“I don’t expect this activity to stop or slow down, and the social media networks will have quite a challenge identifying and stopping those behind it.”

I’m excited to see what happens with augmented reality (AR) in the months ahead. Its potential has been hyped-up in recent years, and it came into the mainstream with the Pokemon GO game. There have been attempts to find commercial applications of the technology – Microsoft’s HoloLens (pictured above) is being used to teach in universities, and last year it won a contract with the US army for HoloLens to be used in live combat missions.

So is 2019 the year that AR finally takes off? Maybe, says Rowan Kisby, strategy director at MullenLowe Profero, but not without more support from the tech giants like Apple.

“AR is, essentially, just an enabler,” she says. “This year will see inevitable tentpole moments, with a new Harry Potter game promised, but real AR adoption requires a sustained, problem-solving push from major platform owners. Toe-dipping abounds, but it’s Google and Apple that I’d back as changemakers, with the latter’s ARKit 2 boosting developers’ capabilities.

“Don’t expect a revolution – but do expect real use cases to build consistently through 2019.”

From international cyber warfare to consumers’ pockets, one thing to look forward to in 2019 is the roll-out of 5G – the next generation of mobile networks that is expected to massively speed up how we use our devices.

“This year will see the emergence of the first 5G phones and networks in the UK, the US, parts of Europe, South Korea, China, and Australia,” says Toby Bond, associate at law firm Bird & Bird.

“The rise of 5G will lead to innovation across all sectors as new and existing players look to develop products and services which can capitalise on 5G’s ultra-fast, low latency and high reliability communications.”

“AI is becoming a useful ally to medical professionals, but how far into the decision-making process will an AI be allowed to go when diagnosing patients in an emergency room?” he asks. “In situations where the consequence of an incorrect decision could be dire, such as with self-driving cars, the need for AI systems that are capable of factoring in uncertainty will grow.

“The most significant trend for AI in 2019 will be real-world deployment. Very few AI applications actually make it past testing, but practices that turn AI from theoretical software into real world productions are improving.”

So, self-driving cars may finally become mainstream, and there will new uses for big data.

But this is just the stuff we are aware of – it is likely that tech discoveries we know nothing about yet might have the biggest impact. Who knows what we’ll be talking about come the start of 2020?