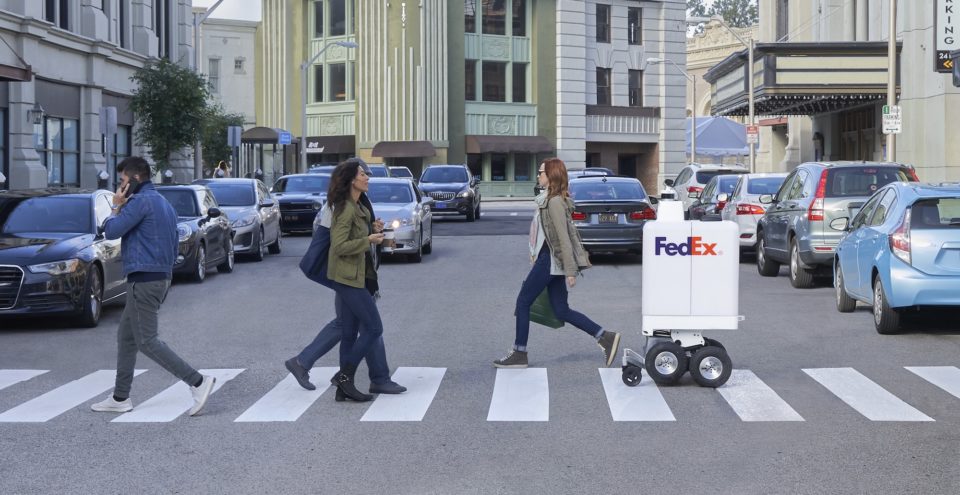 Fedex has unveiled a pizza delivery robot that will hit the streets this summer.

Pizza Hut and Walmart are both on board, with trials set to begin soon in cities across the US, including in Fedex’s hometown of Memphis.

The autonomous bot, which is powered by an electric battery, is designed to handle “last-mile” deliveries and is capable of negotiating unpaved surfaces, curbs and even steps.

Using lasers and multiple cameras, the bot can avoid unexpected obstacles while travelling along the pavement and roadsides.

Pizza Hut said the new piece of tech would “redefine” deliveries, coming during a fierce struggle for supremacy in the fast-evolving industry among Uber Eats, Deliveroo and Just Eat.

Fedex harnessed the technology behind the Segway and a powered wheelchair called the iBot, both manufactured by Deka Research and Development, to create its competitor to the delivery driver.

In a video the bot can be seen gliding over a puddle, mounting the pavement and climbing a doorstep with ease.

“The bot represents a milestone in our ongoing mission to solve the complexities and expense of same-day, last-mile delivery for the growing e-commerce market in a manner that is safe and environmentally friendly,” Brie Carere, head of marketing at Fedex, said.

The bot made its first public appearance last night on The Tonight Show with Jimmy Fallon.

Earlier this month, a report by Research and Markets projected a $34bn market for delivery robots by 2024.

Interest from companies, which depend on delivery services, in autonomous vehicles and drones is booming.

FedEx competitor UBS is already using drones for deliveries, alongside Amazon and Google.