The Tej Kohli & Ruit Foundation has recently set up camps in Nepal where members of the highly discriminated against Dalits received cataract-curing surgery.

Many cultures have systems of hierarchy entwined in their makeup. In the United Kingdom we have had the hierarchy of Kings and Queens, Knights and Noblemen, followed by merchants and peasants. In Nepal the hierarchical system, known as the caste system is similar and still in place today in rural areas.

The Nepalese caste system is similar to the typical Hindu Chaturvarna Ashram model, made up of four social classes, otherwise known as varna: Brahmin, Kshatriya, Vaishya, Shudra, in that order. There is also the Dalit group, also known as “untouchables” who are outside of the caste system and are highly discriminated against by all tiers of society.

Historically, the caste system is hereditary and typically permanent, leaving those in a lower caste at a disadvantage by birth. Traditionally, the Brahmin group is made up of priests and teachers, Kshatriya is warriors and rulers, Vaishya is farmers, traders and merchants, Shudra is labourers and finally Dalit who work in labouring jobs such as barbers, oil-pressers, sanitation workers and a range of other roles.

Within the castes, there are subsections in Nepalese society. According to a 2011 Indigenous Nationalities survey, there are 125 separate castes in the country and Dalits make up between 13% and 20% of the population.

Even though Nepal legally abolished its caste system under the New Muluki Ain law in 1963, prejudice levels still remain high in rural parts of the mountainous country and Dalits can suffer greatly due to this. Dalits can experience social, cultural and gender discrimination, lower pay than people in other groups, discrimination in school by peers and teachers, denial of entry to some buildings, places of worship and farms, denial into political roles, refused healthcare and sometimes even be the victims of racial violence.

Developing cataracts is a prevalent problem for some Dalits. With little access to education and healthcare, many people’s eyesight slowly deteriorates and results in total blindness. The Tej Kohli & Ruit Foundation has met with people from Dalit groups who have lived with needless blindness for years and the foundation has provided medical treatment and care for individuals. One individual whose eyesight was restored was Chandrawati Harijan.

Chandrawati lives in Mahilwar, Lumbini, fifteen minutes from the site where Buddha was born 2,500 years ago. At 63 years old, she shares a home with her six members of her family and their cattle and buffalo. “Earlier I used to help around the house, and even used to assist the local midwife during deliveries. Today, I just sit around the house. Sometimes, when they have the time, they sit down to talk to me, else I try to make out what’s happening around me”, she said.

Members of the Tej Kohli & Ruit Foundation set up an outreach camp in Lumbini and a neighbour had referred Chandrawati to the team. When the team visited her town, it was the Hindu festival of colours, Holi, at the time and all members of the group were decorated in a range of bright colours apart from Chandrawati. They saw first-hand the discrimination that can be felt by Dalits within their own group due to a disability like blindness.

Chandrawati’s eyes were operated on two days after Holi by Dr Sanduk Ruit, one of the world’s leading eye surgeons and co-founder of the Tej Kohli & Ruit Foundation. A day later, Chandrawati was able to see and was pictured smiling alongside her family, glad to be able to witness life around her again.

Jungalee Majhi is another individual the foundation helped. Like many Dalits, Jungalee and his family live on unclaimed land, unable to purchase themselves due to their status and socioeconomic position. Living in a cycle in inescapable poverty, Jungalee’s blindness meant he would not be able to work. He would stay at their home in total darkness, having never seen his grandson’s face. “I had a few good years left in me. I could work on my master’s land and earn some grains for us to eat. Now this blindness does not allow me to do anything”, Jungalee told members of the Tej Kohli & Ruit Foundation.

Jungalee, along with everyone living in his community, were screened in March of 2022 by the Tej Kohli & Ruit Foundation team as part of the foundation’s mission to eliminate extreme poverty by curing preventable blindness. Those who could not afford travel would be collected by members of the team and taken to the temporary camp where they would be screened and receive surgery free of charge.

Jungalee had his surgery and returned the next day to have the patches on his eyes removed. “Yesterday, I was completely blind. At least today I can see this much. I look forward to going home and playing with my grandson with the little bit of sight I have”. 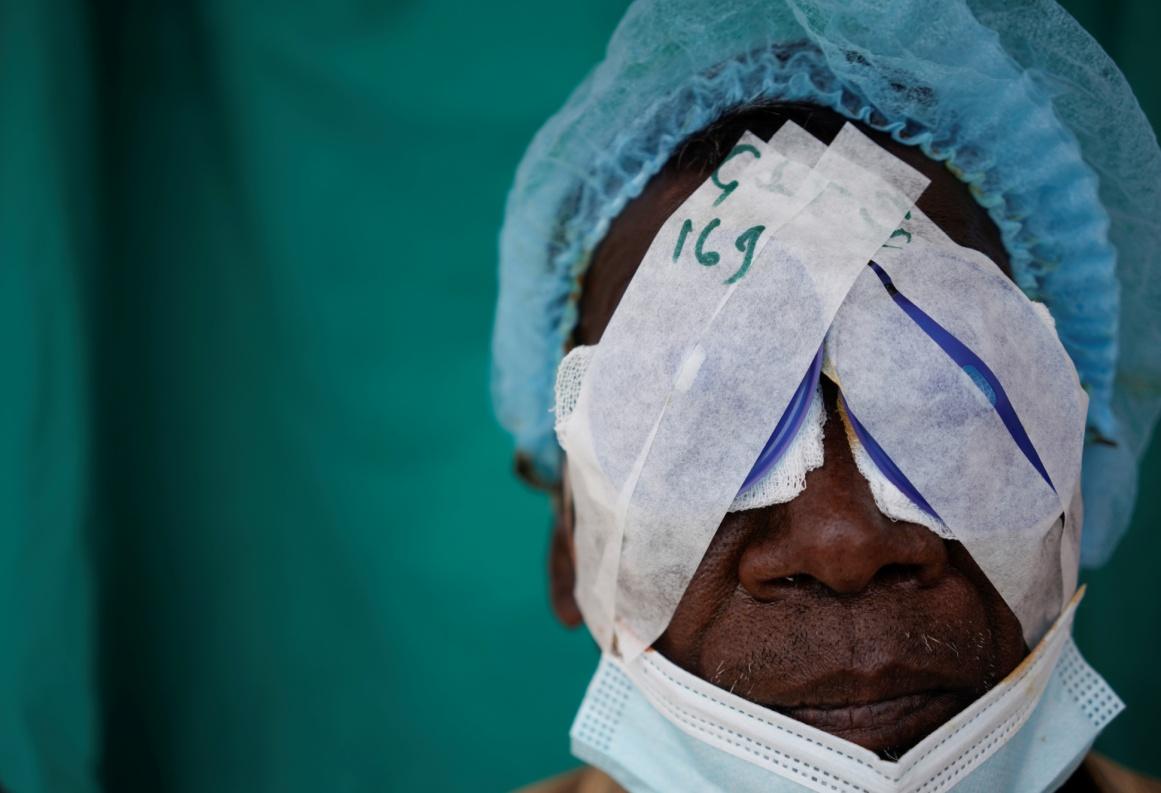 There are still many Dalits, and other members of Nepalese society, across Nepal who cannot access eye care due to poverty and low socioeconomic status. It’s the goal of the Tej Kohli & Ruit Foundation to eliminate cataract induced blindness and in turn extreme poverty in developing nations around the world.

The Tej Kohli & Ruit Foundation is a restricted fund operating under the auspices of Prism The Gift Fund, registered UK charity number 1099682.