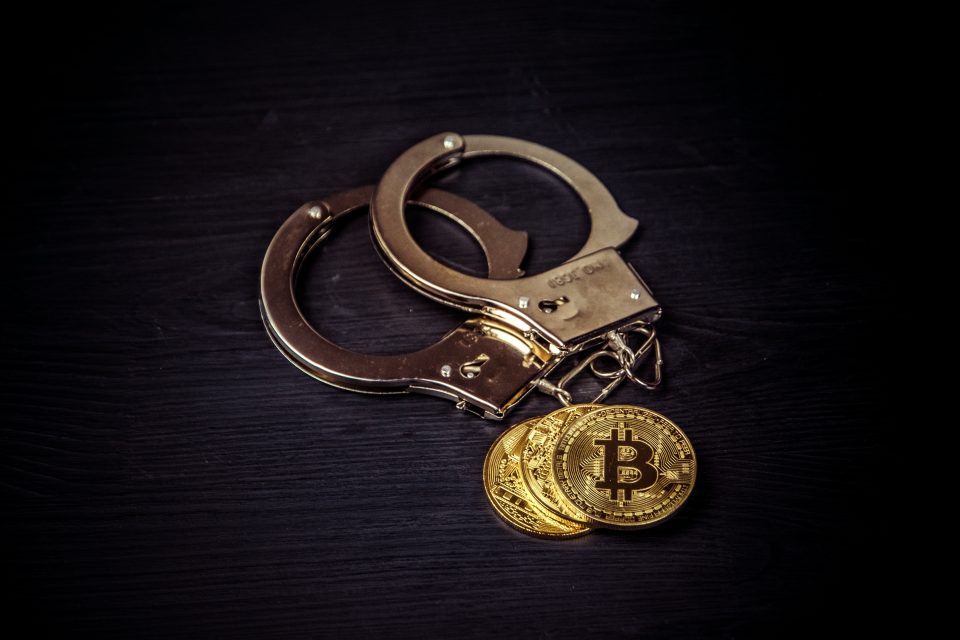 In 2008 the financial world changed when Bitcoin was released into the wild and started the decentralised financial (“DeFi”) revolution which is now gathering pace.

This was a Big Bang event and this new DeFi universe expanded quickly, initially there were just clones of Bitcoin, one project was very different from Bitcoin. That project is called Ethereuem at first created the world’s biggest ever crowdfunding movement called Initial Coin Offerings (ICO). These ICOs flamed out over time due to regulatory concerns and abuse however they are making a comeback. Ethereum has finally moved out of this speculation phase and into protocol market fit. It’s now gaining momentum as the next decentralised finance innovator with projects launching on it generating huge amounts of real cash flow.

This DeFi boom, which currently has over $6 billion locked into it and growing fast, is also directly down to Ethereum and Bitcoin coming together, which we will explain later in this piece. There is regularly too much focus on crypto prices in the media which can be very distracting, but greater price leads to greater attention and the DeFi surge in volume is drawing a lot of interest. This fledgling DeFi movement has a tiny community currently of around a few thousand people echoing the early ICO) crowd who were evangelists for the technology, and not focused on speculation.

In financial terms the DeFi boom will possibly eclipse the ICO boom of 2017/2018. The excitement around DeFi is with the adoption of blockchain technology and its impact on new financial services and these new DeFi projects are not just speculation, they are generating huge cash flows already. DeFi is taking the core decentralisation concept of Bitcoin, the radical financial project that started it all, and pushing it to the next level. This DeFi movement is just the next phase of blockchain technology finding a ‘protocol market’ fit and we will likely see many more. DeFi, like the ICO, promises a new dawn of financial freedom for all involved but this time it’s actually got real use.

What is DeFi? DeFi is a set of blockchain based financial services and applications focused around insurance, banking, investing, alternative savings and asset management to name a few and is intended to augment or replace the currently existing financial system using decentralised technology. There is also a new meme in Yield Farming where borrowers relend the assets out and ‘farm’ the yields.

DeFi’s roots are very much fixed in that ICO revolution which was that anyone could participate in tech investing from anywhere in the world. Silicon Valley was so over! Although a small amount of ICOs’ still continue today ICO’s have fallen out of favour because of abuse by speculators and scammers. DeFi offers a more sustainable version of the ICO movement. One that is less about speculation and more about real involvement and utility. Ultimately, DeFi has improved risk and reward dynamics for participants and on top of this greater regulatory scrutiny has emerged in the past couple of years.

Most DeFi projects are fairly simple to use and if you want to explore them further, they have layers of financial complexity but the entry points are super simple. All you need is some crypto and a crypto wallet. Most attractively for participants, the rewards are in the form of sought after tokens in the platforms themselves. These tokens have governance, financial and technical aspects to them. Governance in the form of voting power, financial with fee distribution and technical in so far as they need active engagement. An example of an area of DeFi is the Decentralised Exchange or DEX which aims to replace the centralised exchange. The earlier centralised exchanges were riddled with hacks, corruption and a lack of trust. Decentralisation solves this trust issue, so you keep control of your assets and can trade in a more secure environment.

Individuals can supply their own crypto assets into these new trusted DEX pools and earn rewards in these new DEX exchange tokens. The potential returns from these DeFi token rewards can be outstanding. However it should be noted there are potentially better returns for just investing, holding and selling than lending, but it suits a different requirement and risk appetite. Most DeFi services need digital assets as collateral to earn a return but that collateral is at risk. There are other risks associated of course, such as the project being hacked with funds being stolen, and the assets decreasing in value against each other if one spikes in value, but nothing comes without risk and just as your bank deposit is insured against bank heists, there are insurance solutions within DeFi to protect your digital assets.

One of the main drivers of this boom is that Bitcoin is moving into the Ethereum blockchain which is spawning all these new DeFi services. It makes Bitcoin and Ethereum more interconnected than ever. It feels like Bitcoin missed the whole innovation cycle that it partially promised. This huge inflow of Bitcoin into Ethereum is creating new liquidity opportunities for Bitcoin as until now it has been trapped as a fluid asset, and is just used as a store of value or payment instrument. This unlocking of Bitcoin is in the form of wrapped Bitcoin such as wBTC or the more decentralised renBTC, and tBC to come and it all flows into Ethereum. This may change as other blockchains launch such as Polkadot or Dfinity.

Combine this flow of Bitcoin to Ethereum with new more trusted Decentralised Exchanges (DEX) that are now, after years of development, ready for primetime. DEX had $1.51 billion of transactions in June 2020, that’s 70% more than in May and a 46% increase on the all-time high in March. The DEX volume still only represents 2.1% of the volume on centralised exchanges, but the needle is moving fast. In May it was just 0.84%! Without this confluence of rising DEX volume, hundreds of millions of dollars worth of Bitcoin flowing to Ethereum and entrepreneurs building on Ethereum, the DeFi boom would not be happening. Bitcoin is finally being unlocked into a whole new load of innovative services via Ethereum.

Currently the darlings of DeFi are projects such as Compound and Balancer who are some new unicorns which touched Implied Network Valuations of nearly a billion dollars. Many more will follow and hope to emulate unicorn status with token releases such as Uniswap, Curve, Sythentix, Nexus Mutual and Vega to name a few.

Almost all of these DeFi projects are built on Ethereum, the biggest public blockchain, but there are other blockchains that will compete in this DeFi boom. Many of the Ethereum competitors are in the final stages of being built such as Polkadot, Dfinity, Tezos and Cosmos. These other chains exist because Ethereum hasn’t solved its scaling issues. They offer higher transactions throughput and interchain interoperability which Ethereum doesn’t. These blockchains are like expanding universes, each will have their own expansion and grow to vast economic sizes.

Most will expand to such sizes that are currently unimaginable. Perhaps trillions of dollars on some. Before you laugh at this, there is a migration of derivatives into digital assets and onto blockchains. Derivatives have a real world volume of $12 trillion. Blockchain is a much more efficient platform for derivatives so we will see that move on chain from 2021 onwards with projects such as Serum and Vega launching. The blockchains that fail to capture enough economic activity will slowly collapse and merge with the more dominant chains.

When two industries collide there is the formation of a new industry and this is what we are witnessing with DeFi which is a new paradigm in decentralised computing and financial services. It’s taken a few years to get mature to make an impact but now it’s really rolling and unstoppable. DeFi’s impact and size will take us all by surprise in the coming months and years ahead.

KR1 plc is invested in Ethereum, Dfinity, Cosmos and Polkadot and Vega.

Keld van Schreven, Managing Director and Co-Founder of KR1 plc. Keld has been involved in the tech industry since 1995 and Bitcoin since 2013. Previously, he has started several tech start-ups including SmartTrade App, a leading UK mobile payment app. Keld is a true advocate for the use of blockchain technology and a regular speaker at industry events, including Techcrunch and MoneyX.

KR1 is a leading digital asset investment company supporting early-stage decentralised and open-source blockchain projects. Founded in 2016 and publicly traded in London (KR1:AQSE), KR1 has built a notable reputation for generating significant returns by investing in many key projects that are designed to power the decentralised platforms and protocols that are emerging to form new internet infrastructures.

This communication is for informational purposes only and should not be viewed as any form of recommendation as to a particular course of action or as investment advice. It is not intended as an offer or solicitation for the purchase or sale of any financial instrument, in particular KR1 shares, or as an official confirmation of any transaction. Opinions, estimates and assumptions expressed herein are made as of the date of this communication and are subject to change without notice. This communication has been prepared based upon information, including market prices, data and other information, believed to be reliable; however, KR1 does not warrant its completeness or accuracy. All market prices and market data contained in or attached to this communication are indicative and subject to change without notice.