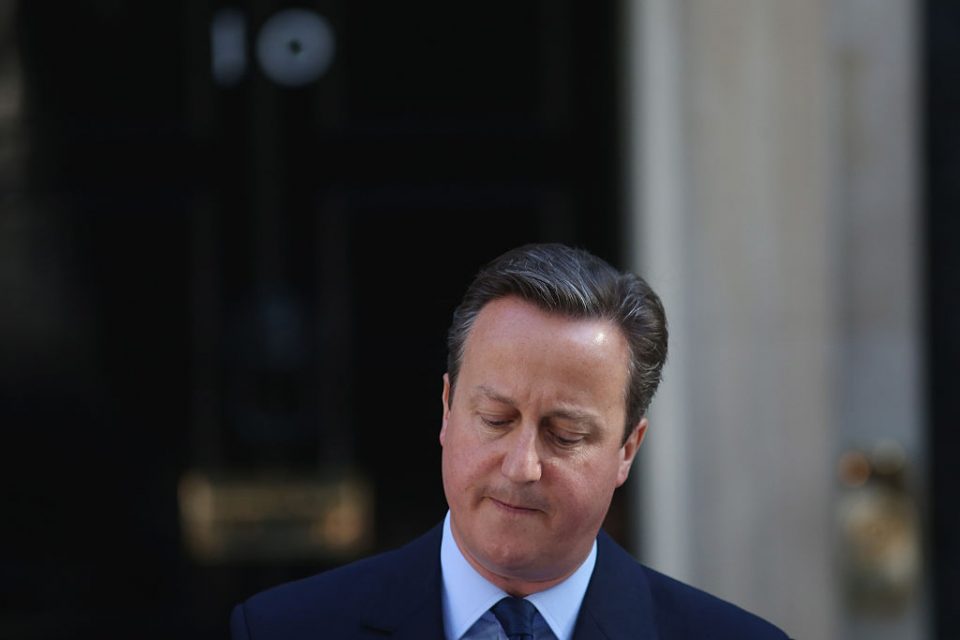 Will David Cameron ever be remembered for anything other than the EU referendum?

In a few decades, after the Brexit mania has passed, we will reflect on this era with a different perspective.

David Cameron will of course be a key player in the books, TV shows and political debates of the future, and the EU referendum which destroyed his career will be a dominant feature.

However, there will be others. Cameron became Prime Minister in the aftermath of the worst economic crash since 1929. His legacy will be tied to a wider economic debate about the effectiveness of his government’s response and the morality of austerity.

He was also a liberal Tory who set about permanently changing the oldest political party in Europe. A highlight of this was the introduction of same-sex marriage, which will be remembered down the ages as a key milestone in the history of gay rights and a major development in our culture. He will be permanently affiliated with the changes that his attitude brought to both his party and the country.

Brexit may ultimately define Cameron’s career, but it’s an oversimplification to imagine that it’s all he will be remembered for.

NO, says Ian Murray, Labour MP for Edinburgh South and a leading supporter of the People’s Vote campaign.

There is no doubt that the one word almost everyone thinks of when they hear David Cameron’s name is “Brexit”. It was his creation, his high-stakes gamble to try to see off the eurosceptics in his own party, and it’s the one legacy that he has inflicted on our country.

Cameron can’t escape it, and neither can the rest of us. The last three years of chaos, political gridlock, and economic damage are a direct result of his decision to call the referendum, and his inability to win it.

But it was interesting this week to hear Cameron agree with a growing number of people who say that another public vote is the way to move past Brexit – that’s how this chaos began, and only by giving the British public the final say can it brought to an end. We need a people’s vote to repair the damage that Cameron caused.