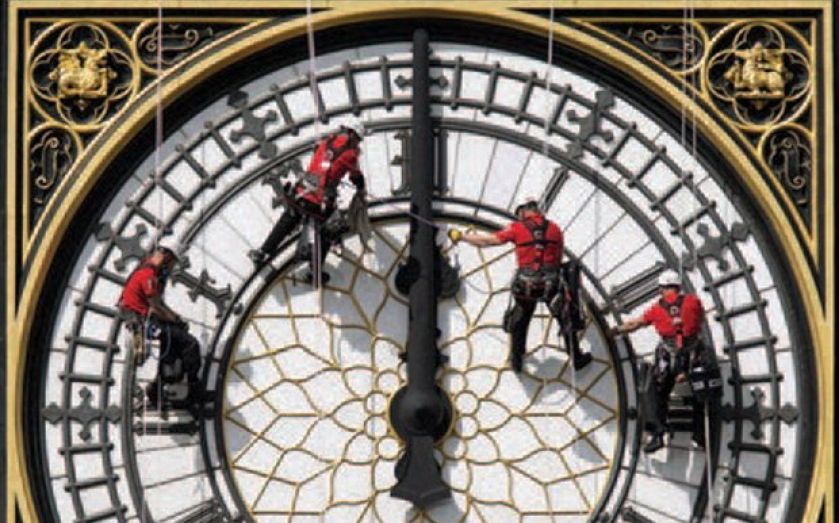 WORK expands so as to fill the time available for its completion.” First highlighted by Cyril Northcote Parkinson in The Economist in 1955, this has become a common complaint among the very busy. Sixty years on, many of us still find it difficult to plan ahead, and finish tasks before the last minute. This can lead to real problems when trying to juggle two or more projects.

But not all agree that deadlines are so problematic. In Work Less, Do More, Jan Yager argues that they “actually help us by bestowing active status on a project and assigning it a tangible date to which we are committed, rather than allowing the task to fall into an open-ended morass, where it may be less likely to get finished.” As such, being able to set your own deadlines, and stick to them, can be a very useful skill.

PAD IT OUT
Hofstadter’s law holds that humans have problems estimating the time it will take to accomplish tasks of substantial complexity and are too optimistic. People are often misled by “the power of the ending”, business psychologist Karen Moloney told the FT. She argues that we forget the time and effort we have put into completing a project once it has been delivered, and will repeat the same mistakes time and again.

It is a good idea to set a padded deadline ahead of any time frame imposed by bosses. Chances are that you will need time at the end of a project to go back and fine-tune certain areas, particularly if it has been completed over a number of weeks or months. Schedule a weekly review over the cycle of a longer project, to assess any weaknesses in your method and ensure that productivity is being maximised constantly.

FORWARD PLANNING
Time management strategies like the Pomodoro technique, which divides work into intervals of 25 minutes, have altered the way many of us structure our working day. But research by the University of Chicago’s Yanping Tu and the University of Toronto’s Dilip Soman suggests that we should structure our weeks and months as well, if we want to meet deadlines more efficiently.

Soman told Fast Company that “things that are on the back burner stay there for longer than they should, because there are plenty of other things that take up our attention as relatively more urgent.” He recommends bringing deadlines forward if necessary so they are within the same week, month or year as the start date, to make them seem more “present”. Equally, if you start your task on a Monday, aim to finish it by a Monday as well, so that the deadline sticks easily in your mind.

FOCUS ON RESULTS, NOT THE TIME
Our tendency is to think of a deadline as a ticking clock counting down. Indeed, some argue that this time pressure is a useful motivator.

The Yerkes-Dodson law, however, holds that mental arousal (or stress) only increases productivity when performing tasks requiring stamina or persistence, not those which are intellectually complex. Many experts recommend thinking of a deadline in terms of results achieved, instead of time remaining, to make the experience more rewarding.

A 2004 study in the Journal of Experimental Social Psychology found that one reason people underestimate the time a task will take is that “they do not naturally ‘unpack’ multifaceted tasks into subcomponents when making predictions”. When participants broke down their task, they provided more conservative and realistic estimates of how long it would take. As such, identifying each component task before you begin, and creating a checklist to work from, is hugely beneficial.

Free to trial for seven days, Hotspot Shield VPN allows you to access content on services like YouTube, iPlayer and Facebook, while you are abroad, as well as VoIP and messenger services like Skype. For your security, the app uses banking level encryption and you can even choose to hide your IP address. Subscription starts at 79p for one month.