Crystal Palace 0-2 Liverpool: Five things we learned as Mohamed Salah makes the difference for the Reds 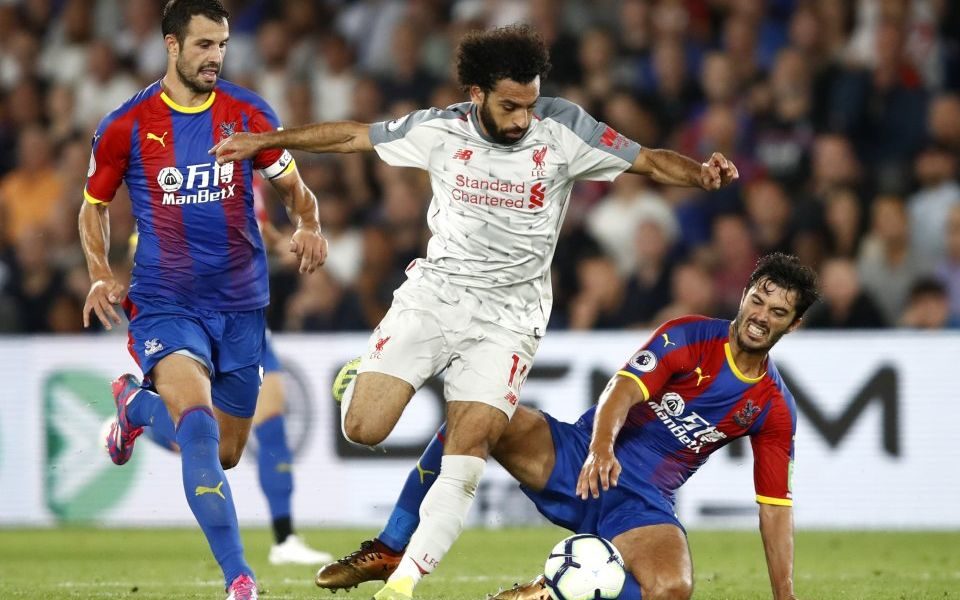 Mohamed Salah is often at the forefront of games and tonight was no different. Liverpool’s star man had the most shots of any player on the pitch and was the instigator in all of the match’s major incidents.

Strangely for him he was wayward in front of goal and yet he was still vital to the Reds’ victory. For once it wasn’t his goals which defined things – rather everything else instead.

It was he who was tripped by Mamadou Sakho for James Milner’s cooly-taken first-half penalty. It was he who was fouled by Aaron Wan-Bissaka to earn the Crystal Palace defender a red card. And it was Salah who sprinted clear and played through Sadio Mane for the clincher on the break in the 92nd minute.

The picture was different for Crystal Palace, who rely too heavily on Wilfried Zaha for attacking threat.

Set piece taker Luka Milivojevic was the side’s top scorer with 10 goals in all competitions last season, with Zaha trailing on nine.

While many can be looked upon to step up, Christian Benteke, as centre-forward, is the one under-performing most. If this game was anything to go by he hasn’t changed.

Christian Benteke once again struggled to make an impact up front (Source: Getty)

The big Belgian managed a measly three goals in 31 Premier League games last season and looked a shadow of his former self again.

His main contribution was to flatter to deceive with a lovely touch before normality returned and a shot was ballooned towards the corner flag mid way through the second period. He was substituted minutes later for Alexander Sorloth, who is yet to score for Palace.

Keita a real all-rounder for Liverpool

As good as his partners were, it was new signing Keita who caught the eye. The all-action Guinean lived up to his billing, producing an energetic box-to-box performance in the middle of the park.

One move saw the 23-year-old get ball from goalkeeper Alisson, spin out of a tackle, charge forward and play a perfect chip over the defence for Salah to run onto.

In all there were 86 passes, five tackles, three shots and one lovely nutmeg. Liverpool have had to wait a year for his arrival from RB Leipzig, but it looks like their patience will be rewarded this campaign.

The Palace right-back has been a bright spark for the side in 2018. After making his debut in February the home-grown defender has bedded in exceptionally well to establish himself in Roy Hodgson’s side ahead of Joel Ward.

However, he underwent a learning curve. He showed his temperament and talent early in the first half by getting back well to challenge Mane on the dead ball line, but his defining moment came later on.

With Salah sprinting free towards a one-on-one with Wayne Hennessey the 20-year-old tried forlornly to stop the Egyptian and succeeded only in bringing him down. A red card followed and Palace’s chances of coming back took a major hit.

Oliver has a strong game

There were plenty of big calls for referee Michael Oliver and he deserves credit for getting them right, with the Englishman’s positioning key.

Salah did himself no favours in the penalty incident, with a stuttered collapse under Sakho’s clumsy challenge and almost apologetic reaction, but Oliver still made the correct decision.

Similarly, Wan-Bissaka’s intervention was read correctly, as was a clean tackle from Wijnaldum on James McArthur in the box in front of the roaring Holmesdale Road stand late on.