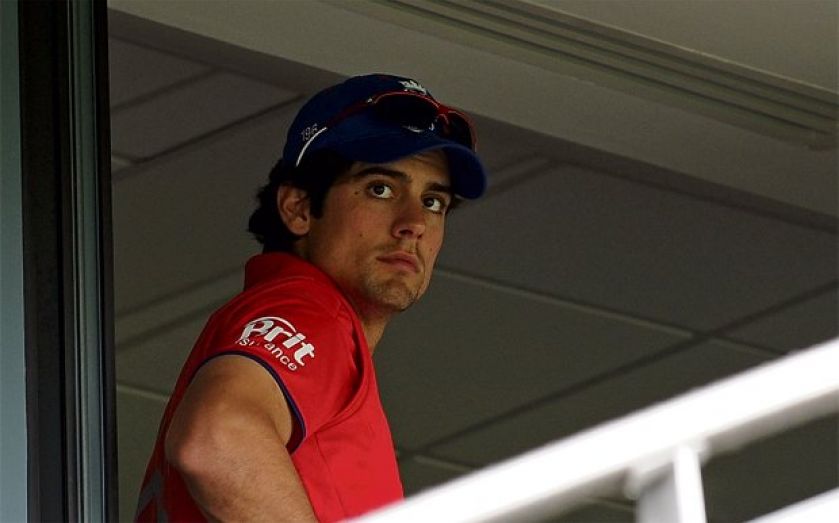 HE MIGHT insist that he wants to carry on and fight for his place, but repeated failures with the bat and his inability as a captain to avoid a home Test series defeat to Sri Lanka mean that scrutiny of Alastair Cook’s place in the England team just won’t go away.

If he won’t step down England could take the matter into their own hands, but sacking him would be a huge call to make at this time, given that Peter Moores has only been in charge for two Tests since returning as coach earlier this year.

That doesn’t mean he can’t have a break, however. Now Cook is a good player, a very nice bloke and a solid citizen; I have a lot of respect for him. But the weight of the captaincy appears to be contributing to his poor form and it’s clear to me that he would benefit from taking a step back from Test cricket.

This is where central contracts are really troublesome. Cook is the perfect example of someone who needs to go back to county level, perhaps work again with mentor Graham Gooch, gather his thoughts, rediscover his rhythm and, most importantly, get runs. But he can’t.

FEIGN INJURY
There is also the question of who would succeed Cook as captain. Youngster Joe Root is a fine player and may well be a skipper of the future but has only played in 17 Test matches. Putting him in the firing line now would be a major gamble.

Batsman Ian Bell, England’s best performer of late, is an obvious candidate. Yet I’d be loath to go down that road, as I wouldn’t want to clutter his head with captaincy decisions when he needs to focus on batting – especially given the team’s failings in that department.

A good short-term option, however, would be paceman James Anderson. He’s an automatic choice in English conditions, thoughtful and used to making decisions, and has enough experience that I don’t think the extra responsibility would affect his bowling.

England meet India in the first Test of the series in less than two weeks, and selectors would be well advised to find a way of giving Cook a break. If it means him feigning injury, so be it – he wouldn’t be the first sportsman to do that.

Rest Cook for the first match at Trent Bridge, make Anderson captain in his stead and find a place for Ben Stokes, who took 7-67 this week for Durham and is one of the best that England have produced in a long time. If Cook hits form for Essex then put him straight back in for the second Test and restore him as captain – and if not, leave him out, because the selectors look pretty generous at the moment while he’s letting everyone down.

Andy Lloyd is a former England Test cricketer who also served as captain and chairman of Warwickshire.