Corbyn fails yet again to grasp the magic of competitive markets 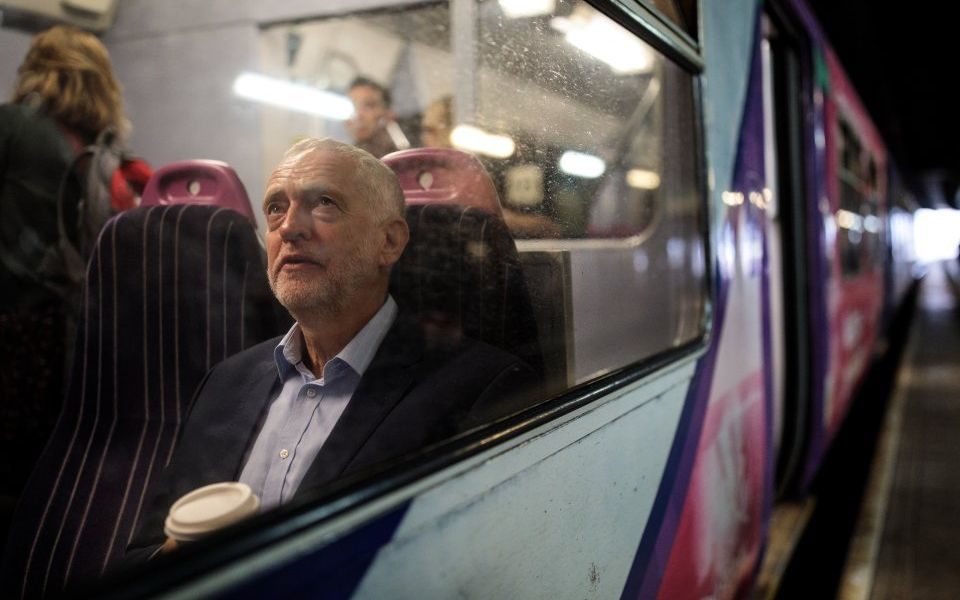 It is not the worst thing that Jeremy Corbyn has ever said. But it’s certainly one of the most revealing.

A year ago, the Labour leader was explaining why he wanted to leave Europe’s Single Market while staying in the customs union – a stance memorably described by my fellow think tanker Kristian Niemietz as the equivalent of throwing away the burger and eating the napkin.

The reason, Corbyn explained, was that the European Union was far too fond of competition, for example when it came to Royal Mail.

“I don’t agree with or accept the idea there has to be competition in mail delivery,” he said.

“After all, we all have one letterbox, and it is much more efficient to have one postal delivery person coming down the street rather than three or four from different or competing companies.”

What Corbyn doesn’t understand is that competition is what makes the economic world go round.

It is what has given us civilisational wonders like iPhones and Teslas and the Greggs vegan sausage roll. It is what makes companies work in your interests, rather than their own. It is why Pret a Manger can’t charge you £10 a sandwich – because it knows that there’s an Eat down the road.

And here’s the big problem. Across America, Britain and Europe, competition is falling and market concentration is increasing, as big firms get remorselessly bigger.

Last month, the European Commission blocked the merger of two vast manufacturers of trains and signalling equipment, France’s Alstom and Germany’s Siemens Mobility. The firms claimed that, in the face of even larger Chinese rival, traditional concerns about competition were beside the point.

It’s an argument that is winning friends in high places. The French and German governments not only denounced the Commission’s decision, but jointly called for a new pan-European “industrial policy”, built around a relaxation of EU competition rules to create more firms of global scale.

In the new age of titans, they claimed, the EU’s existing rules were “obsolete”.

The problem is that a decrease in competition is always and everywhere a bad idea.

Last week, a new paper by Oscar Guinea and Fredrik Erixon of the ECIPE think tank in Brussels mounted a full-frontal demolition of the arguments in favour of the Alstom-Siemens merger – and, more broadly, of the new Franco-German obsession with scale.

It pointed out, first, that the Chinese have barely penetrated the European rail market.

But more importantly, “market concentration, market power and the profitability of the incumbent dangerously reinforce each other. Protected by barriers to entry, firms can merge and use any market power to raise markups and enjoy larger profits.”

Market competition in Europe, it warned, “is on the decline and has been for decades. Just like in the United States, the power of individual or small groups of firms to dominate certain markets has grown remarkably over the past decades.”

These days, fewer new businesses are being created, while the companies with the highest profit margins have seen them grow higher still.

The problem is particularly notable in the services sector – which, of course, dominates Britain’s economy – with industries such as broadcasting, advertising, and management consultancy enjoying the juiciest profit margins.

This, Erixon and Guinea argue, has an impact on productivity. More competition results in a better allocation of capital and labour, and pushes firms to embrace new technology (because otherwise their rivals will).

Partly, this inexorable concentration has come about due to the natural dynamics of the market. But much of it, as Guinea and Erixon argue, is entirely man-made.

Much as large firms might complain about regulation, it often acts as a competitive moat for them.

Jacob Rees-Mogg has pointed out that if he were trying to start his investment firm, Somerset Capital Management, today, the requirements in terms of compliance staff, capital reserves and general box-ticking would have made it a far more daunting – perhaps even impossible – task.

The ECIPE team argue that the solution to this is to focus competition policy not just on the number of participants in each market, but on how easy it is to enter.

In Westminster as well, there is a growing enthusiasm for trust-busting – a feeling that cartel capitalism is not really capitalism at all.

Because uncomfortable as it might be for Corbyn, the best way to ensure that he gets his post on time is to ensure that there are as many people as possible fighting to do the job.