Conveyor belt of UK graduates is failing to boost productivity 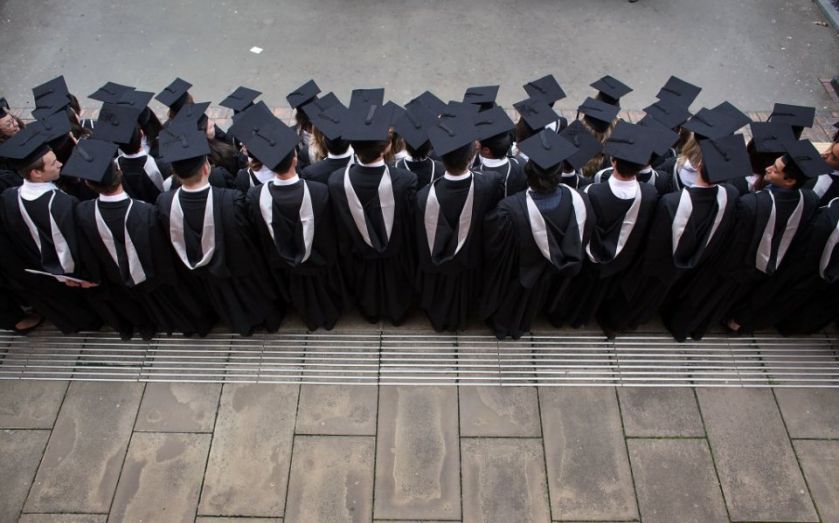 While the United Kingdom’s employment record over the past few years has beaten all expectations, the number of graduates in the UK labour market has significantly outstripped the growth of high-skilled jobs. Graduate over-qualification in the UK has reached "saturation point" with too many over-qualified graduates in non-graduate roles.

And yet, record numbers of young people will enrol at university this year. The UK has one of the highest graduation rates among Organisation for Economic Cooperation and Development (OECD) nations at 54 per cent, compared to Germany for example, which has 31 per cent. In response, the UK has second highest proportion of graduates in non-graduate jobs in the European Union (58 per cent), whereas countries such as the Germany, the Netherlands and Slovenia, with histories of strong vocational training, have around 10 per cent.

The difference is stark and begs the question: Why has university become the default "badge of excellence" for school-leavers and employers in the UK and is it time for a rethink?

Read more: Over-qualified and under-employed: The majority of graduates are “in non-graduate jobs”, says the CIPD

Our research found that when comparing graduates and non-graduates doing the same or similar jobs, there’s little to suggest a graduate enhances the skill requirements for a job. Despite this, many employers use degrees as a requirement when recruiting for roles that don’t need a degree, simply because there’s so many candidates to choose from and if they have the option of recruiting a graduate or a non-graduate, they’ll choose the former.

This isn’t necessary or helpful; it reinforces the perception that you need a degree to compete in the labour market, while doing little to boost skills and workplace productivity.

Simply increasing the conveyor belt of graduates won’t enable the UK to become a more productive, higher-skilled, higher-value economy. We need to take stock of whether our higher education system is delivering, particularly as Government estimates 45 per cent of graduates won’t earn enough to repay their student loans.

Read more: As research shows most graduates are in non graduate jobs, do too many go to university?

Let’s be very clear: our higher education system is crucial. Employers need a good supply of high quality graduates in the right disciplines to meet the continuing growth of high-skilled jobs in key sectors.

But we must broaden the debate and encourage employers and school-leavers to consider other routes into work, such as advanced and higher level apprenticeships, traineeships and school leaver programmes. We need to make these access routes equally desirable to a degree and help employers understand the value of different qualifications, so a university education doesn’t become a default requirement.

Government must support this by continuing to improve the quality and quantity of apprenticeships and provide better careers information and guidance so young people can make better-informed choices, to fuel their success and that of the UK economy.