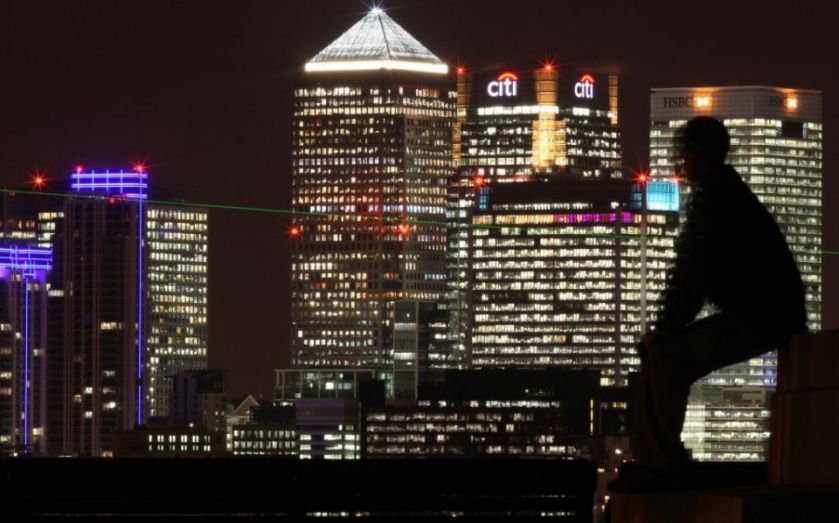 The tax policy of the UK government for the banking sector has changed dramatically over the last three administrations, with very little consultation or detailed impact assessment.
Labour introduced a bankers bonus tax; the coalition focused primarily on the bank levy; and, in the summer Budget, the current Conservative government announced a slow and gradual reduction of the levy, combined with an immediate introduction of a new eight per cent surcharge on bank profits, in response to concerns over the competitive distortions created by the bank levy.
Read more: Bank surcharge could increase tax take from lenders to "far more than double" forecast
According to the Office of Budget Responsibility (OBR), this combination of a gradually reducing levy with immediate tax rate rises was due to extract an additional net £1.66bn from the banking sector over the next five years, and then ultimately revert to raising the same level of tax as raised under the previous bank levy policy.  EY’s analysis shows that this calculation is likely to be vastly understated. The new surcharge in particular is likely to raise far greater revenue than forecast over this parliament and beyond.
Using our understanding of tax profiles across the sector, EY has built basic models of what an archetypal balance sheet and profit forecast for a challenger bank, a large UK domestic-focused bank, and a non-UK headquartered bank might look like. Worked examples of the impact of the new policy on each category shows that, while the total tax take from the challengers is proportionally very small, £5.95bn in tax revenue could be achieved from just 10 of the other banks. Given this, the tax take from the entire sector could be far more than double the Treasury forecast.
The impact of this on the broader financial services and economic landscape should not be underestimated.  The net impact of the current policy on the effective tax rate (including bank levy) on profits is estimated at an additional four to five per cent over the next five years.
Read more: Tyrie warns Osborne on bank surcharge
The bank levy was hiked considerably in the Spring Budget and, even under current proposals, the rate won’t return to 2014 levels until 2019. This means that 2016 and 2017 are going to be the most painful years for all those banks that pay bank levy, and UK retail banks will be hit hardest.
Why will the actual numbers differ so much from the official forecast?
The government is using numbers which are below the industry estimates to set the tax rate. In part this is because the Treasury numbers have to be consistent with the OBR model. The OBR itself classified the estimate with the highest level of uncertainty that it can give to policy costings, noting that the modelling of banking profits was both complex and important for the costing.
In addition, the use of tax losses (deferred tax assets) generated during the crisis has dampened tax payments since the crisis and we are yet to see the impact of the change in policy announced last year (effective from April 2015) on banks’ ability to use those deferred tax assets. This means that any model for forecasting expected tax take that’s based on prior years’ corporation tax receipts from the sector will be incredibly conservative.
What next?
It’s clear to us that more work needs to be done to understand how current policy impacts not just the UK banking sector as a whole, but also each of its constituent parts. If it’s about hitting a revenue target, the policy could easily be reassessed; the government could look at accelerating the reduction of the levy, moving it to a territorial basis more quickly, or lowering the level of surcharge. But at the least we need to better understand the consequences of current policy for lending, inward investment, bank capital and return on equity.
In Autumn 2015, EY is going to develop this work into a more in depth study to identify the relative impact of the bank tax policy changes across different segments of the market, and the knock-on impact on the health of the banking sector and the broader economy.