The Conservatives have outlived their usefulness: It’s time for a southern party 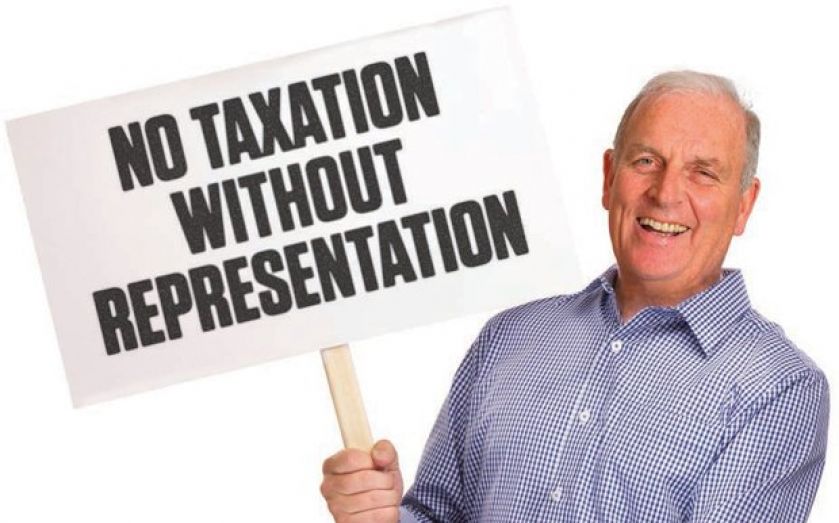 Us southerners are over-taxed, says Kelvin MacKenzie. We must fight back I FEEL gloomy about the outcome of the General Election. If you could choose your enemy in politics, I presume David Cameron would pick Ed Miliband ahead of anybody else on the Labour benches with the possible exception of that portly prat Tom Watson. But I look at the issue from the other end of the microscope. To me the Conservative Party is the problem. If it couldn’t beat the loathsome Gordon Brown when the country was in the deepest recession in history, what chance does it stand on 7 May? Putting aside the fact that, in nine years of Cameron’s leadership, it has failed lamentably to embrace our fastest-growing demographic (the immigrants), my concern is that the Party has come to the end of its useful life. It is simply too broad. Were the Tories to lose, it would mean that by 2020 they would not have won a General Election outright in almost 30 years. With a Cameron on the Left and a Redwood on the Right, their policies are satisfying nobody. Particularly irritating to me is the manner in which natural Conservative voters in London and the South East are treated. Without the clever and wealth-creating Southerners, this country would be Greece without the sunshine. The stats are simply astonishing. While the 2.6m taxpayers of Jockestan (Scotland) paid £11.3bn in income tax in 2011-12, the 8.4m clever clogs in London and the South East coughed up £64.3bn. The pernicious stamp duty – when did you hear our glorious Prime Minister ever say he was going to scrap it? – raised £6.5bn in 2013-14, with London and the South East contributing £4.1bn or 64 per cent. The final number in my statathon concerns those who make more than £150,000 a year. They used to have broad shoulders, but today those shoulders are rounded from supporting the Question Time soup kitchen every Thursday, which jeers at the very people who subsidise their obesity treatment. Of the 343,000 nationally who earn over £150,000, just over 50 per cent live in London and the South East. On their own, this highly-paid (and bloody hard working) group of Southerners pay 15 per cent of the entire tax take in this country. You never hear that from the tossers who run Channel Four news. I’d be interested to know how much the presenters earn. Perhaps they should run the number on the TV screen as they interview Tory politicians. This isn’t even to mention the fact that house prices in our area – I live in Surrey – are twice as high as the rest of the country. And yet I not only have to raise a bigger mortgage to buy a £500,000 end of terrace home, I also have to cough up £15,000 in stamp duty. In rather nice Hall Green, Birmingham, my end of terrace would cost me a maximum of £190,000 and I probably wouldn’t have to pay any stamp duty. How can that be fair? Today, little parties can cause big trouble. Take the SNP. I’m so old I can remember when Alex Salmond and his party were just a bunch of nutters wandering the back streets of Glasgow. They are now the most powerful and interesting force in UK politics. The same could be said of Nigel Farage and Ukip. So I am adopting the slogan “no taxation without representation”, first used in the 1750s by angry colonists in America. My question is this: for London and the South East, we know who taxes us but who represents us? Certainly not Cameron and the Conservative Party, and MiliClegg hate anybody not on housing benefit. I hope to put that right come 8 May when Dave is defeated. It’s time for a Southern Party. What will this party-come-lobby-group fight for? The cost of commuting is too high. Our chums in Jockestan are subsidised to the tune of over £8 per passenger journey, whereas the folk down here who travel further and create more wealth are down to £1 per journey. This must change. I would scrap stamp duty on all houses under £2m. How can I afford it? Chip in £5bn from the overseas aid budget. There would still be plenty of moolah left for African dictators to spend on their private jets. I would increase minimum pay to £8 per hour for anybody working in the capital. Without the lower paid, this city could not function. No hairdressers, no hotels, no shops, no offices, nothing would work without the minimum pay brigade. Reward them. Bosses should simply pass on the cost. We can afford it. Rochdale can’t. All global companies operating in London and the South East would face a minimum tax on their turnover – nobody who knows anything about accountancy can trust a profit figure. No more Luxembourg diversions by McDonald’s and the like. That tax may be as high as 3 to 4 percent. It’s an outrage that these big companies make huge profits from our people and yet don’t want to contribute to the cost of maintaining the city. If they don’t like it, go somewhere else. Finally, I would reduce the top rate of income tax to 40 per cent or below if possible. As has been proved by cutting it from 50 to 45 per cent, the tax take goes up. Imagine how much would be paid at 37.5 per cent. At the very minimum, this party would put pressure on whoever is going to run the Conservatives once Dave retires to start his own PR company. Justice is on my side. Kelvin MacKenzie is a media entrepreneur.