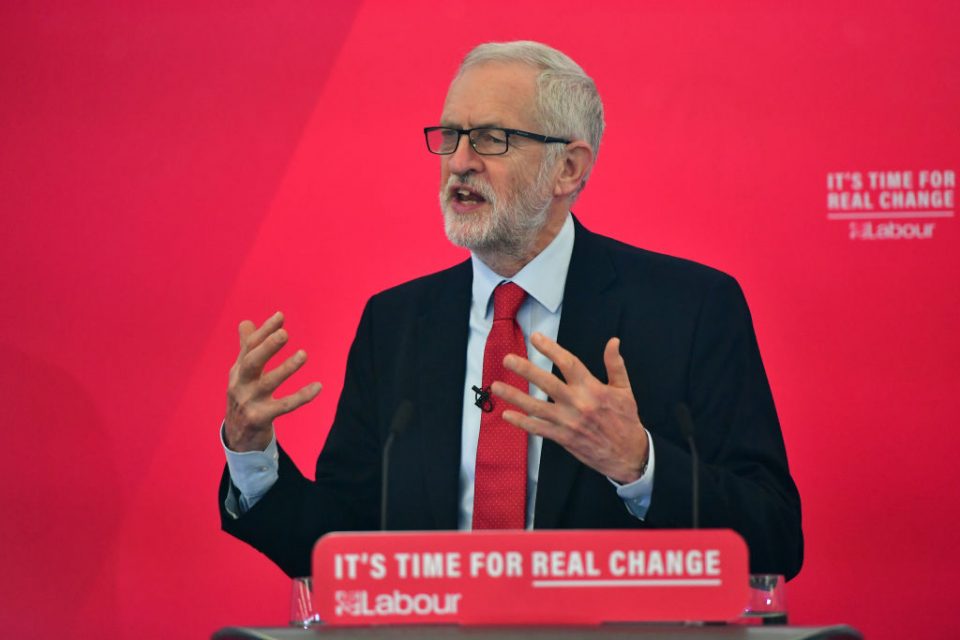 Former Labour leader Jeremy Corbyn has been suspended from the Labour party, following fierce criticism over his response to findings of anti-Semitism within the party.

A spokesperson for the Labour party said: “In light of his comments made today and his failure to retract them subsequently, the Labour party has suspended Jeremy Corbyn pending investigation.”

“He has also had the whip removed from the Parliamentary Labour party,” the spokesperson added.

Responding to his suspension, Corbyn tweeted: “I will strongly contest the political intervention to suspend me.

“I’ve made absolutely clear those who deny there has been an antisemitism problem in the Labour Party are wrong. I will continue to support a zero tolerance policy towards all forms of racism.”

It comes after an investigation into anti-Semitism within the party while Corbyn was Labour leader found it was responsible for three breaches of the 2010 Equality Act.

The probe, which was carried out by the Equality and Human Rights Commission (EHRC) said the party was responsible for “unlawful acts of harassment and discrimination”.

The report said that it had found 23 instances of inapproproate involvement by the Leader of the Opposition’s Office (LOTO) in the 70 cases investigated.

Responding to the findings, Corbyn said: “Anti-Semitism is absolutely abhorrent, wrong and responsible for some of humanity’s greatest crimes. As Leader of the Labour party I was always determined to eliminate all forms of racism and to root out the cancer of anti-Semitism.”

“One anti-Semite is one too many, but the scale of the problem was dramatically overstated for political reasons by our opponents inside and outside the party, as well as much of the media,” he added.

Corbyn’s response drew official complaints from several leading Jewish bodies, including the Campaign Against Antisemitism and Board of Deputies of British Jews.

“To that end, we have submitted complaints against Jeremy Corbyn, Diane Abbott and 15 other sitting MPs, and have given Labour six months to conduct transparent investigations and finally deliver justice for the Jewish community,” they said in a statement.

In a press conference after the report’s publication, Starmer said he was “truly sorry” for its findings.

“It is a day of shame for the Labour party. We have failed to speak with our members, our supporters, and the British public,” said the Labour leader.

“I am truly sorry for all the pain and grief that has been caused to Jewish people, active members, our long standing Jewish affiliate JLM, [and] to the people driven out of our party.”

Starmer added that the Labour party would accept the report in full and without qualifications. The Labour leader said the report drew a “line in the sand” and highlighted that the party needed a “culture change”.

“We’ve made progress, and it will intensify today… If you’re anti-Semitic, you should be nowhere near this party. I will make sure you’re not,” he added.

Luciana Berger, a former Labour MP who quit the party in February 2019 in protest of Corbyn’s handling of anti-Semitism, today said she was “grateful” for the decision.

“As the report confirms, Anti-Jewish discrimination was a real and widespread phenomenon across the party, from top to bottom. It was not invented, concocted or exaggerated. It took place in plain sight.”

Asked by the BBC if she thought Corbyn was anti-Semitic, Berger said: “I call a spade a spade… If someone themselves shares a platforms with anti-Semites, they’re anti-Semitic”.