Cobots are coming to a workplace near you

Michael Macfarlane
Michael is the author of ‘Beta Humans: Travelling To The Future Of Humanity'. 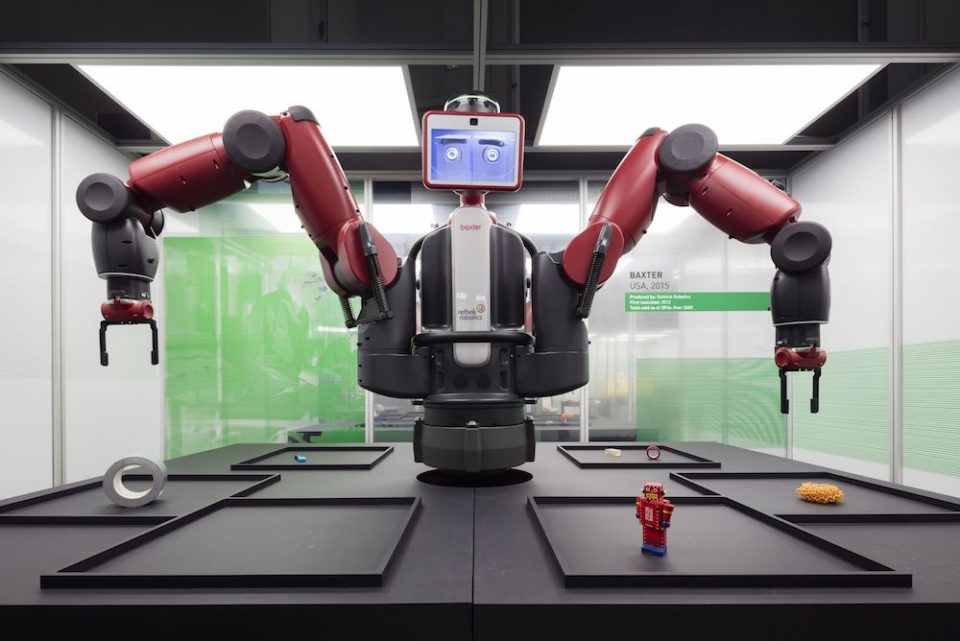 The word ‘robot’ is a relative newcomer to the English language. It was the brainchild of Czech playwright Karel Čapek who introduced it in his 1920 hit play Rossum’s Universal Robots.  The word is drawn from the old Slavic word, robota, which means “servitude” “forced labor” or “drudgery”.  By contrast the word ‘cobot’ is a very modern portmanteau of the words ‘cooperative’ and ‘robot’.

Current trends in robotics and automation are accelerating the adoption of robotics technologies beyond large blue-chip manufacturers.  The global robotics sector is rapidly shifting its focus toward more accessible robots-as-a-service (RaaS) solutions which can solve the ‘last mile of automation’ problem for medium and even smaller enterprises.

The final stages of production within a manufacturing setting are typically dominated by expensive labour-intensive tasks which require human dexterity.  The ‘last mile’ of production has therefore proven resistant to automation using robotics, despite advances in AI enabling more capable and intelligent machines.  Because robots have been unable to usurp humans from the ‘last mile’, the focus has now turned to human-robot cooperation.

The rise of the cobots

Companies seeking to introduce create new efficiencies by introducing robotic automation into their ‘last mile’ need ways to increase the interaction of robots and people without endangering human welfare.  This has traditionally been a limitation of robots: to protect humans, robots are typically kept segregated, often behind cages on production lines.

But ‘collaborative robots’, better known as ‘cobots’, are designed to operate in close proximity to humans in a direct symbiotic partnership to perform tasks. Unlike their robot counterparts who face segregation from humans, cobots are intentionally built to physically interact with humans within a shared workspace.

The first examples of cobots emerged in the mid 1990s from the General Motors Robotics Center.  Humans would provide the power to make the cobots move, whilst cobots would control their steering and movement to place objects with greater precision. This human-robot collaboration meant that humans were safe because they controlled the power of the cobot, while gaining the advantages in assistive capabilities that they could provide.

Instead of replacing humans with autonomous counterparts, cobots augment and enhance human capabilities with super strength, precision, and data capabilities so that humans can do more.  Together, humans and cobots can provide more value to an organization.

Cobots are also trained differently than traditional industrial robots. Rather than being programmed to a specific set of steps using programming tools, many cobots are trained by humans manipulating their arms and can even ‘learn’ from example.  Humans control the bot by physically moving it around, with the cobot remembering the steps and perhaps even the end goal of what is being accomplished, and then repeating those steps, but also using deep learning and AI to continually optimize the steps to achieve better outcomes.

Even in heavy industrial applications where traditional (non-collaborative) robots have already been used for decades, cobots are seeing increasing adoption. A range of automation and intelligence tasks can now be intelligently automated with collaborative robotic solutions at no physical risk to humans.

As heavy robotics users such as the automotive sector find new uses for cobots, it is inevitable that their usage will also permeate into other sectors including softer manufacturing, logistics, supply chain, warehouse.  Perhaps even retail and consumer industries will also find a range of cobot use cases.  How long will it be before a coffee shop barista makes a perfectly presented cappuccino with the help and support of a cobot?

By definition, cobots won’t replace humans.  They are about efficiency, effectiveness, and enhancement.  About helping humans to do their jobs better, not replacing them.  Early studies suggest that workers are much more welcoming of cobots than they are of robots.  Cobots are typically regarded not as a threat, but as helpful, comforting and friendly.

According to technologist Tej Kohli*, who has invested $100m into the next generation of smart robotics ventures, an often-overlooked barrier to robotic automation becoming endemic amongst medium and smaller enterprises is the emotional one.  Kohli points out that the management of small and medium enterprises usually have a relationship with their employees, and so they are reluctant to replace them with robots.

This ‘emotive’ element may prove one of the reasons that the future of automation will not be of robots replacing humans, but of cobots collaborating with humans in symbiotic partnership, working side-by-side with humans to assist them in achieving better outcomes, whether that be optimising efficiency, or even performing more accurate surgeries.

In the final act of Rossum’s Universal Robots, the robots revolt against their human creators. But after killing most of the people living on the planet, the robots realize that they actually need humans, because none of them can figure out the means to manufacture more robots – a secret that dies out with the last human being. Cobots would never have made that mistake.

* Tej Kohli is an investor in Rewired