AI is the next frontier for surgical robots 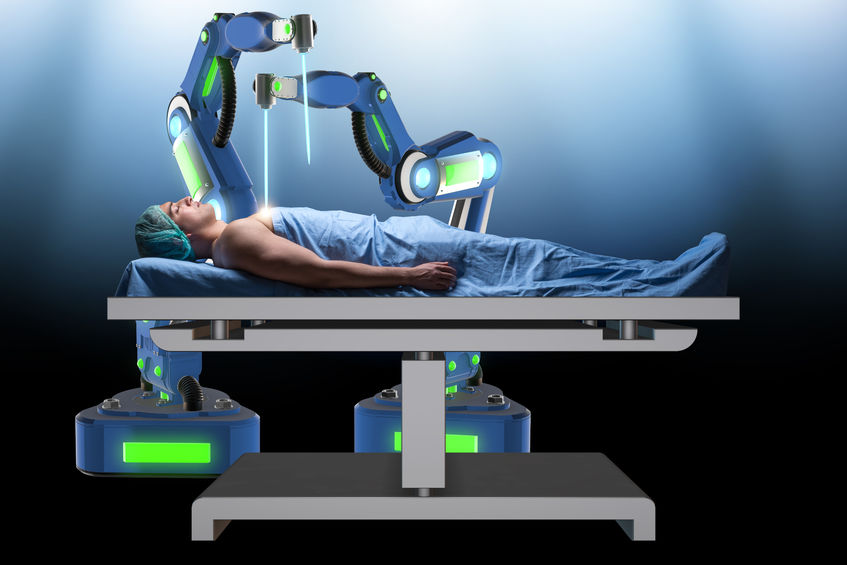 The introduction of robots into surgery has changed modern surgical practise.  The global surgical robotics market is expected to reach $98 billion in value by the end of 2024.  Being minimally invasive, surgical robots are helping to perform complex surgeries with geometrical precision even in anatomical areas that are difficult for even human surgeons to reach.

The surgical fraternity has embraced robotic surgery due to its ease of use, lower risk of infection, reduced blood loss and magnified imagery during procedures.  However, whilst these reasons have driven a preference amongst surgeons to use robots, they are not entirely automated, and in most cases are more ‘cobot’ than robot.

Surgical robots are typically controlled by the physician, who makes miniature incisions into the body of patients before inserting a camera and other tiny instruments. The surgeon then controls the instruments with the help of a console, which translates the physicians’ gestures and responds to the surgeons’ precise hand and finger movements.

The first surgical robotic system to be developed was the “PUMA 560” robotic system in 1985, which was then further modified after a series of trials to become the ‘da Vinci platform’, which was used to undertake a successful robot-assisted cholecystectomy in 1997.  Today, more that 1.5 million surgeries have used this robotic system for enhanced assistance.

The next frontier for surgical robotics is incorporating artificial intelligence (AI) and virtual reality (VR). It is believed that AI will change the surgical practise mainly through advancements in imaging, navigation and interventions – thereby reducing surgical failures.

The Smart Tissue Autonomous Robot (STAR) trial on porcine intestines for diagnostic purposes gave an insight into the use of AI in surgical robotics. The objective of using AI in the surgery was to boost the capability of the surgical robotic systems to understand complex in-vivo environments, to conduct its own decision making and to perform surgical tasks with increased precision, accuracy and safety.

The theory is that incorporating AI will allow robots to “see, think and act” without active human intervention.  AI-powered surgical robots will be programmed to perform the surgery (explicit learning) as well as being able to learn from each surgery (implicit learning).  And whilst an individual surgeon must learn from each new experience in a linear way, AI-powered surgical robots will be able to transmit and share their experiences with each other to more rapidly to increase the expertise and ability of each robot.  The ‘end game’ is for surgical robots to achieve surgical goals efficiently without being dependent upon human control.

So far, a more widespread adoption of AI-powered surgical robots has been limited by the high cost of installation, regulatory framework, concerns regarding the safety and the need for a technically skilled professional. But given wider trends in robotics that are reducing the up-front CAPEX, as well as on-going research, it seems inevitable that surgical robots will become endemic.

The Coronavirus pandemic has posed as an immense threat to healthcare systems at all levels around the world.  Millions of elective surgeries have been suspended and many questions remain about how the remaining surgeries will be performed safely when there is such a backlog.  This could provide a catalyst for an accelerated adoption of AI-powered surgical robots.