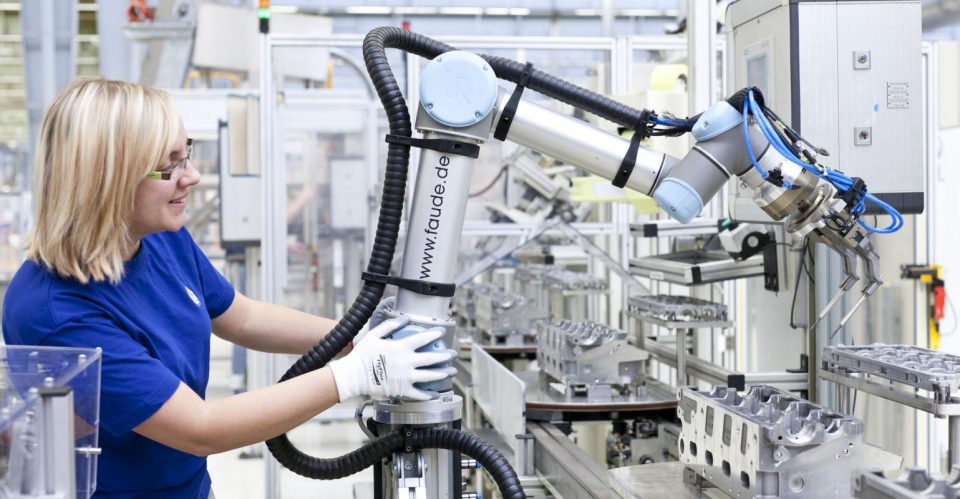 The Rewired investment fund focuses on enabling the new economy by investing in the next generation of smart robotics.  Backed by technology investors including Tej Kohli, Rewired invests across five verticals including machine learning, robotics, bionics, sensors, mapping and localisation.  Here we reveal six emerging trends that are shaping the robotics and automation industry during 2021.

1. Medium sized enterprises are adopting automation at a faster pace.

One of the major barriers to the widespread adoption of robotics and automation is the cost of their implementation.  In recent years it has been all too easy for your typical technologist to champion the theoretical benefits of robotic and automation, but the reality has been that the majority of enterprises are simply too small to make the required investment.

But the accelerated change being driven by the 2020-21 pandemic are now causing medium businesses to revisit their calculus.  Robotics and automation can yield permanent efficiencies and can support business continuity through challenging times.  And a move toward RaaS (see below) is vastly reducing the upfront costs of adoption.

Because of this we are starting to see medium enterprises becoming the ‘default’ market for robotics companies and automation solution providers as they seek new customers.

2. The last mile of automation is becoming the focal point of robotics.

When it comes to factories, the most labour-intensive tasks are those that require human dexterity to perform tasks which are hard to automate, and which can’t be solved using traditional automation or robotics. This “last mile” automation within the factory is a multi-billion-dollar market which remains largely untapped.

But with the advent of cobots and the convergence of AI and other new platforms enabling more capable and intelligent machines (see below), solving the last mile automation challenge has now become a core focus within the robotics industry.  Expect to hear a lot more about ‘cobots’ in particular as human-robot collaboration becomes endemic.

3. The convergence of technologies to build more capable and intelligent machines

Traditional industrial robots are typically designed to only handle repetitive tasks on the factory floor.  These robots do not have the deep learning capability or the dexterity to solve last mile automation challenges.  What is needed is robots with higher cognitive skills, greater dexterity and more autonomy.

A major barrier to the adoption of robotics and automation, in particular by small and medium enterprises, has been the traditional business model within the robotics space, which was purely CapEx play.  Customers typically needed to pay hundreds of thousands or millions of dollars upfront for their robots – far beyond the realms of most businesses.

But now the robotics sector is departing from this CapEx model and instead offering a robots-as-a-service (RaaS) business model. Pay-as-you-go plans allow customers to fund their automation needs with zero upfront capital commitment.

This new RaaS “$0 down with zero risk” value proposition is fuelling the adoption of robotics and automation by medium enterprises (see above) and is becoming more widespread.

5. Better jobs and an up-skilled workforce are starting to emerge.

One of the societal benefits of robotics is that many dirty, dull, and dangerous roles are being phased out.  Now statistics show that an even higher number of new positions are being created in the process, mitigating the notion that jobs are being ‘lost’ to automation.

These new occupational categories are higher-level and better paying; and in some cases, will reduce the average hours worked per week and allow people to enjoy more leisure time. Automation is also contributing to more cooperation between human and machines. The challenge is in helping to retrain and upskill workers to interact with these new machines.

6. The rise of data-driven business intelligence.

This is precipitating a huge shift toward associated data-led services as providers are able to offer significant business intelligence to customers by first synthesizing all this data and then helping customers to visualize and understand their own data streams.