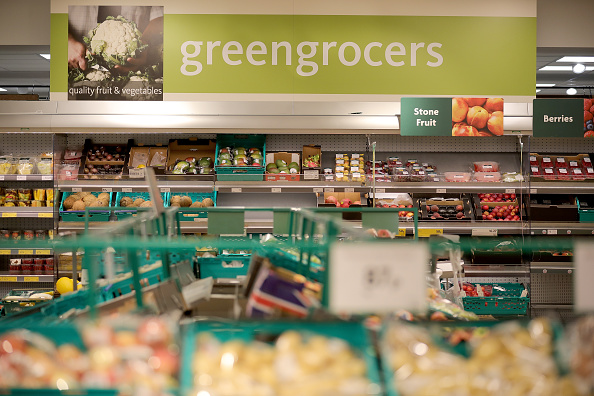 Supermarket sales growth over the Christmas period slowed to the lowest rate in four years as shoppers watched their budgets over the festive period.

Retailers reported sales of £29.3bn, up £50m on last year, however growth slumped to the lowest rate since 2015.

Kantar head of retail and consumer insight Fraser McKevitt said: “There was no sign of the post-election rush many had hoped for in the final weeks before Christmas, with shoppers carefully watching their budgets.”

The ‘big four’ supermarkets suffered in the challenging trading environment. Sales at Sainsbury’s fell 0.7 per cent, Tesco was hit by a 1.5 per cent drop in sales while Asda and Morrisons saw sales dip 2.2 per cent and 2.9 per cent respectively, according to Kantar data.

Morrisons reported this morning that group like-for-like sales were down 1.7 per cent in the 22 weeks to 5 January after it decided not to participate in Black Friday discounting.

Sainsbury’s is due to publish a Christmas trading update tomorrow, while Tesco will report on Thursday.

All four of the UK’s biggest supermarkets lost market share during the period, the Kantar data found.

Meanwhile, Discount retailers Aldi and Lidl took their highest ever combined Christmas market share of 13.7 per cent, more than three times their market share in 2009.

Lidl saw sales growth of 10.3 per cent in the quarter while Aldi’s sales were up 5.9 per cent.

McKevitt added: “At the end of the decade, it’s worth remembering just how quickly Lidl and Aldi have grown.

“Their current combined market share of 13.7 per cent is more than treble what they held in December 2009, an unprecedented increase over the course of ten years.”

Research by Nielsen painted a similar picture for the supermarket sector over the Christmas period.

The Nielsen data found that sales grew 0.5 per cent in the last four weeks, and sales value slumped 0.2 per cent in the two weeks to 28 December due to an increase in competition, price cuts and lower inflation.