Change is coming. Are you ready to reinvent yourself and your business? 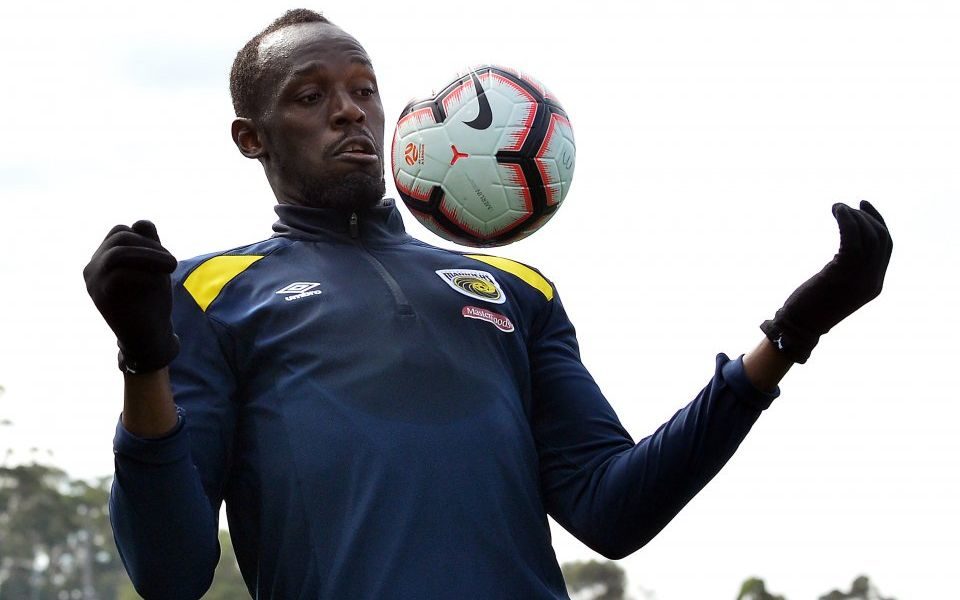 You can't keep good people down. That’s the takeaway from Usain Bolt’s decision to hang up his running shoes and don his football boots with Australian club the Central Coast Mariners.

He used his 32nd birthday last week to practice with the club for the first time and, in so doing, reinvents himself from an unstoppable force on the track to a have-a-go hero on the field.

Reinvention is full of perceived risk. Will he ever attain the same level of mastery as he did among his Olympic peers? Will his attempt to take to something new in a blaze of mediocrity – when there once was brilliance?

But, as Bolt is no doubt learning, you absolutely don’t score any goals unless you give the ball a kick.

Having filed for bankruptcy in 2012, admittedly beaten by the digital revolution, it seems Kodak is finally pivoting and fighting for a comeback.

The erstwhile camera giant has jumped on the cryptocurrency bandwagon and launched KodakCOIN – a new way to help photographers license their work. It’s a shame it took six years in the doldrums, but at least Kodak has finally taken a punt.

The what-ifs are the stuff that make history – from the decisions we take as a nation of people to personal career decisions.

And the driving force that requires a decision is how we, as people, react to change.

Fight or flight? Embrace or put your head in the sand?

We’re talking changes in the way we work, and the way we live. A conveyor belt of challenges that each generation has to find a way to accommodate.

Many of us trekked to the cinema in the 80s to watch The Terminator. But who’d have thought that the rise of the machines would become the preoccupation of the governor of the Bank of England less than a generation later? But it has.

Dystopian messages of reform or die are no longer the dramatic stuff of Hollywood, they come from the top policy makers in the land.

AI is coming, robotics is coming, more than likely Brexit is coming. Are you ready to reinvent?

And it will take bravery. Its opposite is reckless prudence, which might most easily be described as the search for safety in the pack. And it is what we should fear most.

On the face of it, it looks sensible enough. When things happen that we don’t like, batten down the hatches and hope for hope’s sake that life looks a little better when we come out the other side.

Remember when Gordon Brown used to bang on about prudence as if it was the name of a rational colleague he met at the Treasury Christmas party?

But it didn’t quite work out like that. The lessons seem to be that being in the middle of the pack is about the most dangerous place you can be. And yet, volatility has become a way of life.

Look at life in this non-Brexit-ready Britain. A great many businesses recoil in horror at the hyperbole of our political leaders, and they hope for a life where some element of normality might return to saner shores.

What is reckless here is the sense that there might be some return to a time when the rules were easier to understand and our lives were devoid of political turbulence.

Writing in The Times last week David Smith said: “Rarely have businesses been subject to such a lack of clarity, certainty, and direction from politicians.”

His conclusion is that Westminster is therefore killing business confidence.

But while few would argue that the Brexit chapter is our politicians’ finest hour, business must look to itself not others if it wants to find the keys to its own future.

Pessimism in the end has never made a person or a company stronger. It hasn’t led to the eureka moment that inspired teams to travel the extra mile.

And yet it’s hard wired into the air of reckless prudence.

But if the past tells us anything, it is that positivity, agility, and – critically – reinvention has been the story of many of the most successful to have walked tall on our planet.

It’s why we should commend Usain Bolt’s spirit of adventure in embracing the opportunities of the journey of life.

Many think that change is the end of opportunity, but the truth is you never make progress without it.