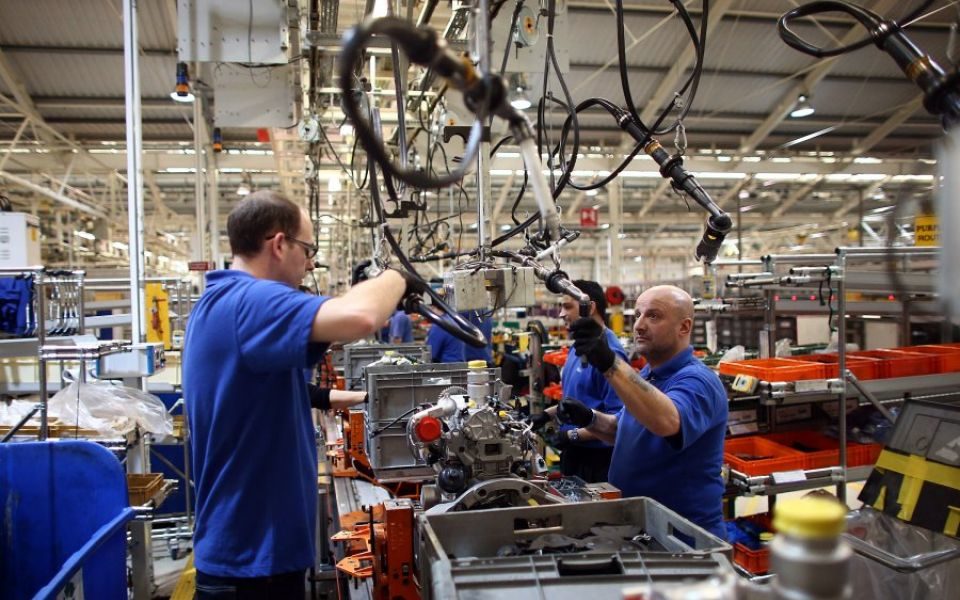 Manufacturers are in an “edgy mood” despite Brexit stockpiling and other preparations pushing the sector to a six-month high amid concerns of a global slowdown, according to a closely followed measure of industry activity.

Businesses stockpiling raw materials and goods at near-record rates to mitigate supply chain disruptions as Britain leaves the EU accounted for a rise in activity in December, according to the latest purchasing managers' index.

The PMI score for last month was 54.2, up on 53.6 in November, driven by strong inflows of new business, standing at its highest since June.

Input buying volumes increased as companies put plans in place to reduce potential disruption, causing input inventories to rise at the fourth-fastest rate in the 27-year history of the index.

“In an edgy mood, not even the sharpest rise in new orders since February 2018 was enough to significantly improve the sector’s optimism rising just above November’s 27-month low,” said Duncan Brock, group director at the Chartered Institute of Procurement & Supply (CIPS).

“Though the overall index figure was higher than last month, this should be viewed with some scepticism. Whilst the road to Brexit remains mired in the mud of indecision and disagreement, there is likely to be some correction in the sector this year as Brexit buffer stocks are depleted and overall output could fall.”

The UK’s PMI was significantly higher than those in Europe for the second consecutive month, which averaged 51.4.

Samuel Tombs, chief UK economist at Pantheon Macroeconomics, said: “The pick-up in the PMI in December suggests that preparations for Brexit are helping manufacturers to keep their heads above water during the current global slowdown.

Meanwhile, the Caixin survey of Chinese manufacturing fell to 49.7, its first contraction in 19 months.

David Madden, analyst at CMC Markets, said the announcement “hammered home the point that the second-largest economy in the world is cooling".

"Trade tensions between the US and China are ongoing and that adds to the negative view that traders hold about the state of the global economy,” he added.

“In recent weeks there has been heightened fears of a global slowdown, and the latest figures from China overnight have added to those concerns.”