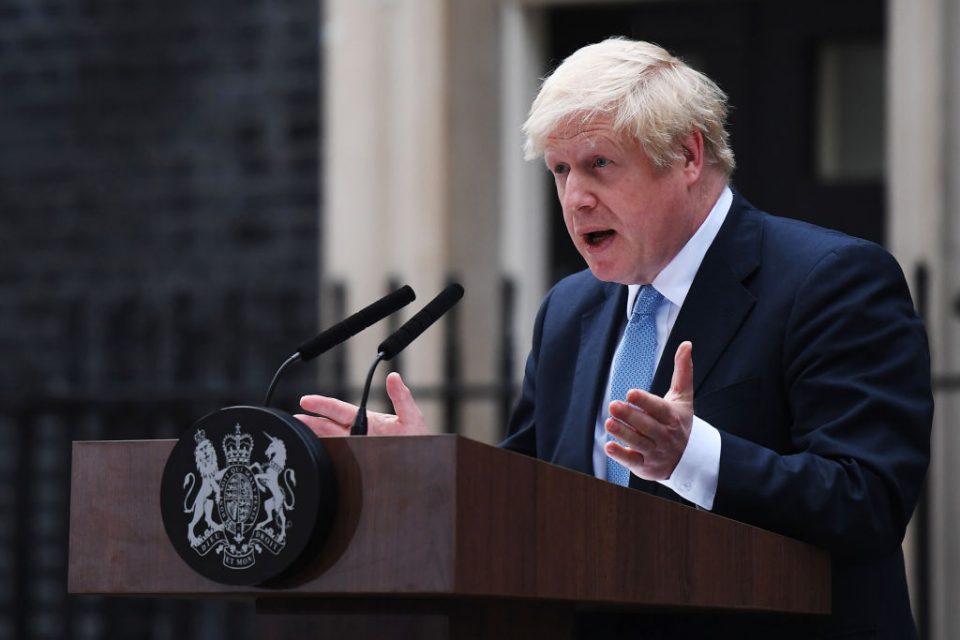 Boris Johnson will ask MPs to back a General Election for 14 October if the rebel alliance successfully seize control of parliament tomorrow.

But a senior government source later confirmed Johnson is planning to treat a vote by opposition MPs to take control of the legislative agenda as an effective confidence vote.

A government motion for a snap general election will be tabled if rebels are successful in passing a motion to take control of the order paper. There would then be a vote on Wednesday under the Fixed-Term Parliaments Act, which requires a two-thirds majority for a General Election.

The election would then, unusually, be held on a Monday to allow time for the UK to attend the critical European Council, which starts on 17 October.

Speaking as protestors chanted “Stop the Coup”, the Prime Minister warned that if Brussels believed MPs could “find some way to cancel the referendum” or vote to extend Article 50, it would “plainly chop the legs out from under the UK’s position, and make any further negotiation absolutely impossible”.

Johnson added: “To show our friends in Brussels that we are absolutely united, MPs should vote with the government against Corbyn’s pointless delay.

“I want everybody to know there are absolutely no circumstances in which I will ask Brussels to delay. We are leaving on 31 October – no ifs or buts.

“We will not accept any attempt to go back on our promises or scrub that referendum.”

His speech came as pro-Remain MPs finally showed their hand in the form of a new bill tabled by Labour’s Hilary Benn, with signatories including former chancellor Philip Hammond and ex-justice secretary David Gauke.

If enacted, the European Union (Withdrawal) (No 6) Bill, which is just two pages long, would force the Prime Minister to write to European Council President Donald Tusk asking for Article 50 to be extended until 31 January.

In order to avoid the bill being triggered, the government must have parliamentary approval, either for a deal or no deal, by 19 October.

If not, Johnson must request the extra time, which MPs said was to give the government “sufficient time to carry out a genuine and sincere negotiation”, as well as to ratify any future deal. The time will also be used to build a cross-parliament consensus on the next steps, rebels say.

The two sides marked their positions a day after Tory party whips agreed that any MP who votes for the rebel legislation will have the whip withdrawn and become ineligible to stand for the party.

Throughout the day, amid rumours that an election would be called, sterling tumbled more than a cent against the US dollar, to nearly $1.20, and was nearly a cent lower against the euro, faling below €1.10.