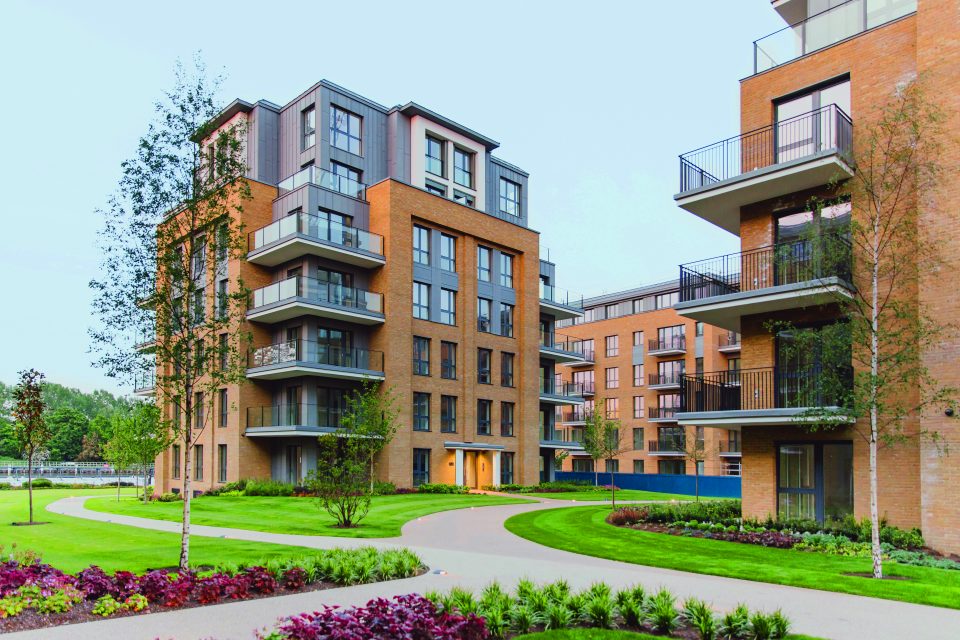 Galliford Try’s share price soared today as it restarted talks with Bovis Homes on a merger that could value its housebuilding unit at £1.075bn.

The housebuilders have agreed high-level terms for a potential tie-up but told investors today that “there remains significant work to be completed” before they could finish the deal.

The agreement would only cover their housing businesses, rather than a full-blown merger of the two.

Galliford Try shareholders would receive 0.57406 Bovis shares for every Galliford share they own, which would equate to an overall sum of £675m.

Bovis would also pay another £300m in cash to Galliford Try, which in turn would transfer a 10-year debt private placement of £100m to Bovis.

“The potential transaction will generate significant synergies and create substantial shareholder value. The synergies are expected to originate from both Bovis Homes and Galliford Try and comprise both operational and procurement savings.”

Going ahead with the deal could help Galliford become a “well-capitalised standalone construction-focused group”, the companies added.

Galliford Try previously rejected a £1.05bn takeover offer from Bovis, comprising a £950m share offer and £100m in debt Bovis would take on.

This time Bovis Homes has thrown in a £300m cash injection into the deal in a bid to make the offer more attractive.

That is still far below its peak this time last year of 1,103p, however.

What does Bovis Homes have to say?

While discussions are still at early stages, this potential combination represents an exciting and transformational opportunity to create a leading UK housebuilder with enhanced scale, well-positioned to make the most of current opportunities and drive forward on our commitment to delivering high-quality homes and excellent service that our customers and housing partners deserve. We know that we only succeed as a business if we succeed for them.

Galliford Try’s Partnerships business is a fantastic brand, with a very strong position in the UK. Combining it with Bovis Homes’ newly launched Partnerships Housing Division would enable us to become the partner of choice for delivering more affordable homes at a time when these are needed the most.

Based on my familiarity with the businesses and the compelling strategic rationale, I think this is a massive opportunity and as a substantial shareholder of Bovis Homes, my intention is to subscribe to the placing if the transaction proceeds.

What does Galliford Try think?

The transaction is an exciting opportunity to create two strategically focused businesses. The significant cash element within the consideration provides a firm foundation for our newly reorganised Construction business to flourish as an independent company. The strong balance sheet and excellent fit between the combining businesses will be a superb platform for both private housebuilding and partnerships, creating a unique and well-positioned housing provider.

Much remains to be done before we can present the detailed proposal to our shareholders and wider stakeholders. However, if completed, we are confident this deal will generate significant value for shareholders and a bright future for all three of our businesses.

Discussions are ongoing and there is no certainty that the Potential Transaction will take place nor of the final detailed terms if it does so. A further announcement will be made when appropriate.

Separately Bovis Homes scored record profits in its half-year results, as profit before tax soared to £72.4m, a 20 per cent increase on last year’s £60.2m.

Meanwhile revenue climbed nine per cent to £472.3m year on year as it hit record profits.

“The group has transformed over the past two years and we are consistently delivering high quality new homes with very high levels of customer satisfaction,” Fitzgerald said.

“The fact that we are now trending at a five-star level is testament to the continued hard work and dedication of our team.

“We are very well positioned for the second half and expect to deliver another strong performance in the year.”

“£300m in cash has sweetened the deal for Galliford it appears, with the previous offer having made up entirely of new Bovis shares,” Markets.com chief analyst Neil Wilson said.

“That new cash element will be a welcome injection for the newly reorganised Galliford construction division, which has been struggling after problems with the Aberdeen bypass and the Queensferry crossing.

“The entire construction contractor sector is in the doldrums post-Carillion of course, with overruns and margin destruction now standard.”

Read more: How analysts are reacting to the Bovis-Redrow-Galliford love triangle

However, he ruled out a “deal frenzy” among housebuilders, saying that synergies are limited from combining these types of companies.

“Economies of scale don’t really exist in the same way as they do for many other businesses,” Wilson said.

“The ease with which builders can acquire land at the moment means there isn’t the rationale behind mega deals that there may have been in the past.”