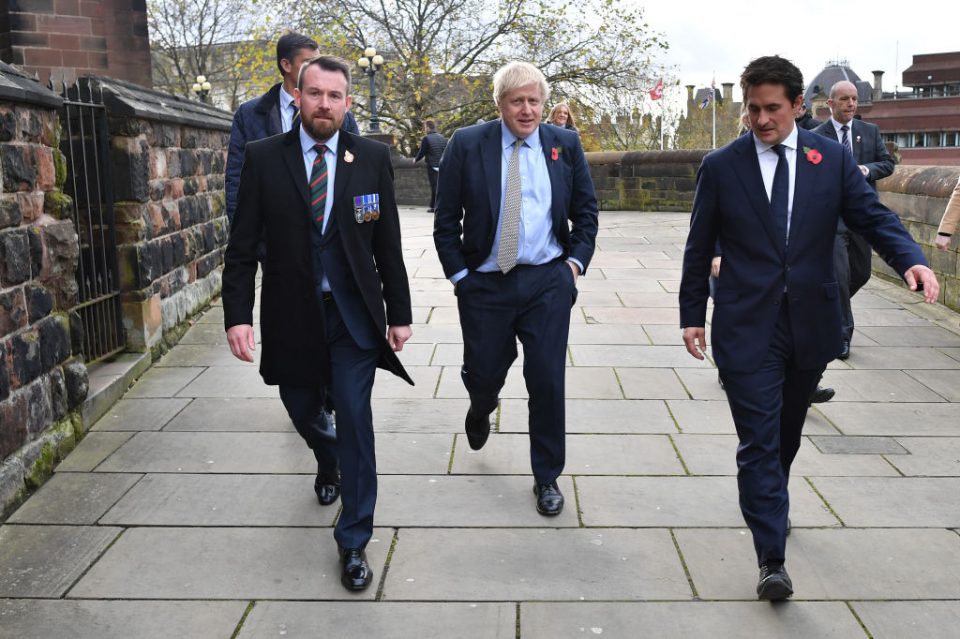 Prime Minister Boris Johnson is set to call on voters to end the “groundhoggery” of Brexit in his first major General Election speech.

The Prime Minister will say the UK cannot “squander” more time on deciding on the manner of its departure from the EU, and ask the public to let him “get Brexity done”.

Johnson’s speech, seen in advance by City A.M., will seek to put the Conservatives’ campaign back on track after the PM spent three days in South Yorkshire and the east Midlands following flooding.

He will travel to the West Midlands today to say: “The UK is admired and respected around the world but people are baffled by our debate on Brexit and they cannot understand how this great country can squander so much time and energy on this question and how we can be so hesitant about our future.

“If we can get a working majority we can get parliament working for you, we can get out of the rut. We can end the groundhoggery of Brexit.”

Read more: In his pursuit of power, Farage is gambling with Brexit itself

Instead Corbyn would call a second referendum, saying Labour would negotiate a better deal and give the public a choice on what happens next.

Johnson will say: “The country can either move forwards with policies that will deliver years of growth and prosperity, or it can disappear into an intellectual cul-de-sac of far left Corbynism.”

He will argue that his Brexit deal will boost the UK economy and allow the UK to shift focus onto other issues.

The Tories were dealt a blow today from former justice secretary David Gauke, who has warned a Johnson government will lead to a “very hard Brexit”.

He criticised Johnson for refusing to extend the UK’s Brexit transition period further than December 2020. That, Gauke argued, gives the UK too narrow a window to negotiate a free trade agreement with the EU.

The Tories have pledged to leave the EU without a free trade agreement if they fail to secure one by that deadline.