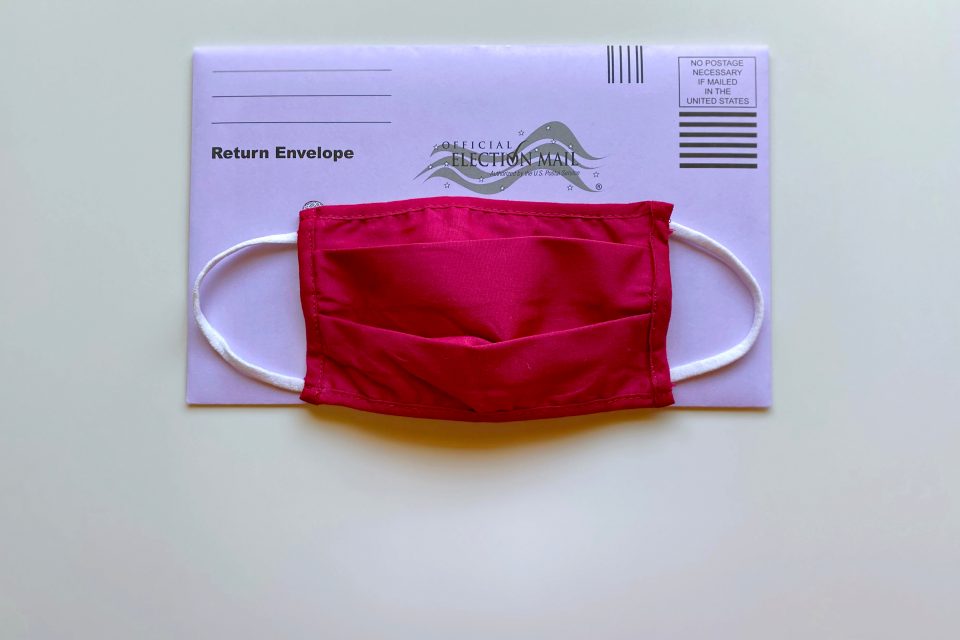 As the US and indeed the world, faces one of its most important elections for many years, the Covid19 world has brought increased political pressure on the under-funded US Postal Service and the security of remote / mail-in voting generally.

Important themes for all of us globally. Even though conservatives are generally more fearful of voter turnout than liberals, it’s debatable whether election results would be different if the entire population voted. Regardless, better voter turnout is clearly more democratic and therefore should be pursued.

According to the Sanders Institute, voter turnout in the United States during presidential election years has remained around 50%-60% of the voting eligible population since the early 1900s. In the United Kingdom, between 1922 and 1997 voter turnout never fell below 70% – in 2001 it reached 59.4%. Most people want to vote but can’t due to a number of factors, some systemic and some situational. What is clear however is that the availability of electronic voting (registration, identification and voting) will have a positive impact on voter turnout.

Considering how willing we are to have technology make our lives easier, this shift to electronic voting has faced considerable headwind from the institutions of Government and Media. There was the Iowa caucus app issues, recent hacking of electronic voter machines, all seized upon and inflated by a political atmosphere eagerly looking to discourage remote voting by sowing electorate concern with security. In a 2019 Study on Social Permission and Technology, global tech consultants Ketchum revealed the following statistics – distrust around voting machines (59%), distrust around voter databases (60%), foreign interference through technology (63%) and the influence of social media (61%).

This level of mistrust towards alternative voting is alarming. Without faith in our electoral systems there will be even more political division and less belief in final outcomes. This will create a myriad of issues too broad and depressing to consider in this piece with ramifications across society.

Blockchain’s fundamental characteristics — transparency, immutability, and accountability — underscore the technology’s potential for securing elections and allowing the world to move more confidently to electronic voting. An ideal voting system resists corruption by authorities or hackers and empowers citizens and auditors to agree on an election’s outcome. Conveniently, auditable consensus among parties who do not fully trust one another is exactly what the blockchain offers, an available technology that can provide an end-to-end verifiable and fully-transparent voting solution. It makes perfect rationale sense.

Blockchain election technology is still in its early days and naturally there has been limited use. The following countries appear to have used some form of blockchain-based electronic voting system to date; Estonia, Netherlands, Belgium, Armenia, the Philippines, Venezuela, Sierra Leone and Russia. Estonia has been using electronic voting since 2005 and is a world leader in government use of the blockchain. Not exactly A grade poster children but it’s a start.

For the larger Western nations, the absence of a Government sponsored initiative has led to the private sector trying to fill the development space. A number of private companies have taken the initiative including Spain-based Scytl, Australia-based SecureVote, UK-based Smartmatic Corp., South America led Democracy Earth and US-based Votem Corp. All with great technology, great vision, but suffering for scale and effectiveness as it is a difficult task to change the way the world votes as a small individual start-up without any national infrastructure to support the endeavour.

A leading example of the end use case is Voatz, a leading blockchain based voting system. Users cast ballots remotely through an Application, with identities verified through the same reg-tech facial recognition and ID check systems that HAYVN uses. Software automatically checks if the voter is eligible to cast a ballot and displays the list of candidates according to where the voter is registered. After voting, votes are encrypted and securely sent to the vote-collecting server. Every vote receives a timestamp to verify later whether the vote was forwarded to the collecting server. All in the space of a few moments.

Voatz uses a private blockchain distinctly different from the public blockchain network used by cryptocurrencies. Voatz limits the role of verifying nodes through a strict vetting process which allows the network to limit verifying participants to the geographical boundaries of the jurisdiction, and to allow for the inclusion of any required election observers and stakeholders. This is where the experts see a problem.

Unlike a Bitcoin-style open model, this consortium-managed node model potentially wipes out the blockchain’s supposed security benefits. Having voter identities dispensed and revoked by a central authority puts voters back at the mercy of a few administrators who validate entries onto the election Blockchain. The marriage of a distributed ledger with a central authority is an area which has been highlighted as a focus for improvement. Some argue that although the Blockchain works for recording votes, work is needed on additional layers of technology for challenges such as validating voters, keeping ballots secret and letting each voter verify their vote was tallied.

Some cryptographers have spent decades advocating for their preferred solutions to those challenges—a suite of techniques known as “end-to-end verifiable voting”. The marriage of this E2E verifiable voting with the Blockchain will help unlock the solution for secure technology led election administration. There is work to be done in this field.

So who to turn to? Although the free hand of the market can innovate and accomplish a lot, it seems that on issues on national security and voting, electronic voting initiatives should in these early stages be led and encouraged by Governments in collaboration with the private sector. Consider in England and the United States alone how many federal, state and municipal election laws and voting systems, regulations and certification requirements would be managed in the course of an election. A multi-year, multi department mandate in collaboration with technology leaders in the private sector. An opportunity for big tech to rehabilitate its current broken reputation around fake news by working in partnership with Government to create a secure nation wide electoral system across multiple platforms. A chance for Media and Technology and Government to combine to reverse the current mistrust in elections and election outcomes.

A process to bring democracy safely and securely to everybody with a smart phone.  The future of election security cannot be a padlock on a box stuffed with paper votes, the future of election security sits with E2E technology on top of the blockchain. Yet strangely this is not part of our national agenda. Securing democracy is a national security initiative. We are so proud of our democracy that we used to wage unnecessary wars in foreign lands for ‘democracy’, perhaps it’s time that we, the people, pressed our Governments to now intelligently protect our own democracy. How in 2020 can our democracy be at the mercy of a poorly funded postal system when the solutions are at our fingertips? Ask Joe Biden to commit to leaving the United States with the most secure, widely available, electronic voting  system on the planet when he leaves office at age 81 in 4 years. Ask Boris Johnson to do the same before he departs in 2024. Now THAT is democracy and THAT is a legacy.

Christopher Flinos is the Co-Founder of HAYVN, an online OTC and Custody trading platform for cryptocurrencies (www.hayvnglobal.com). He also holds a BA, BCom and an LLB in Constitutional Law.