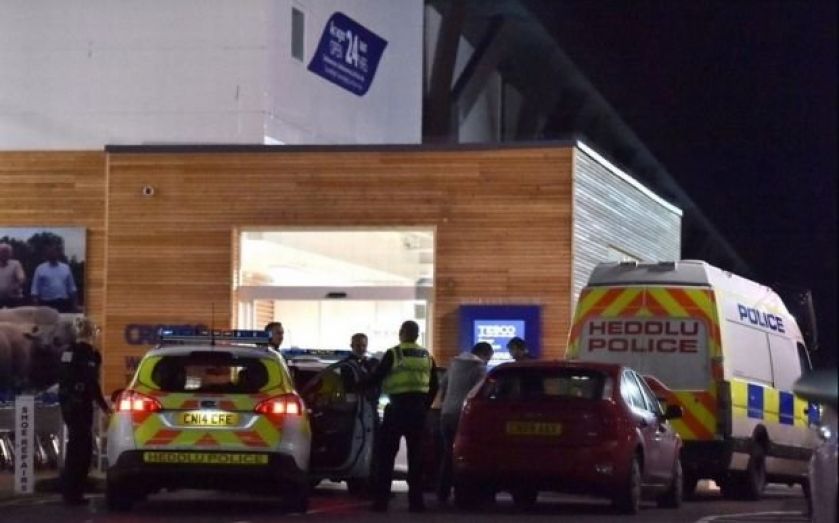 Police have been called to supermarkets all over the UK amid fears of overcrowding, as shoppers stormed supermarkets in order to grab some Black Friday deals.

US import Black Friday has prompted shoppers to flock to stores as retailers like Sainsbury's, Marks & Spencer and John Lewis slash prices.

There are huge discounts available on everything from electricals like TVs, tablets and other gadgets to designer watches, clothing and toys.

In London, Tesco staff and queuing shoppers made calls to the police at the Glover Drive Store in Edmonton, the BBC reports. Police also attended two other Tesco stores in Willesden and Surrey Quays as well as an Asda store in Edgware at around midnight.

They were also called to stores in Wigan, Manchester and Cardiff as crowds became increasingly unwieldy.

Police called out as fights break out around the country in Tesco's Black Friday sale…shares down 2% pre-market 😉 pic.twitter.com/UnNekHRrtZ

In a statement, the Metropolitan Police said:

Met Police officers have responded to a number of reports tonight, 27 November of large crowds gathering to bag a bargain at the ‘Black Friday’ sales.
Officers have worked with store staff to ensure that sale-goers were able to enter and exit the stores safely. No persons have been injured at any of the locations as a result of the overcrowding. Officers have now withdrawn from the stores.

Some 47 per cent of shoppers have said that they would take part in Black Friday this year, according to figures from retail information group Verdict.