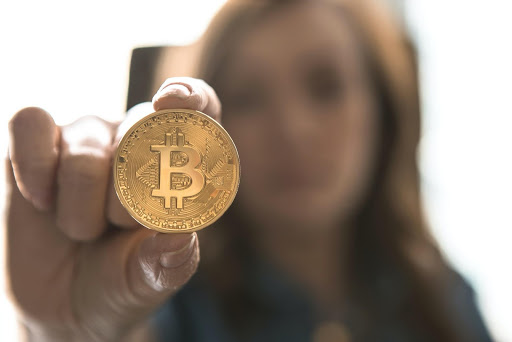 CryptoCompare data shows the price of Bitcoin (BTC) moved from around $35,500 at the start of the week to a high close to the $40,000 as BTC was seemingly trying to move back to its all-time high. Bitcoin’s price advance was rejected, and the cryptocurrency is now trading above $36,000.

Ether (ETH), the second-largest cryptocurrency by market capitalization, moved steadily up throughout the week gong from about $1,000 to over $1,200. The cryptocurrency appears to be facing resistance to move up to $1,300 near its all-time high.

While the top two cryptoassets by market capitalization are seemingly consolidating, several other alternative currencies – altcoins – have seen their prices surge, helping the crypto market’s total capitalization remain above $1 trillion.

Data shows that large bitcoin investors, popularly known as bitcoin whales, have kept on accumulating BTC even as the price of the cryptocurrency reached new highs and dropped significantly from its new all-time high.

Demand during these times suggests large investors expect the price of the cryptocurrency to keep going up and believe any pullback is going to be short-lived as the bull run hasn’t been reached yet. Whales, it’s worth noting, are defined via addresses that hold 1,000 or more BTC, at press time worth over $36.2 million.

A survey published by crypto index fund provider Bitwise Asset Management has revealed that the number of financial advisors allocating funds to the cryptocurrency space has increased by roughly 50% in one year.

The survey queried 1,000 U.S.-based financial advisors last month, and found that 9.4% of client portfolios had exposure to cryptoassets, up from 6.3% a year ago. Out of those that have no allocated funds to crypto, 15% said they will “probably” do so in 2021, while 2% said will “definitely” invest in crypto this year.

The number of bitcoin whales kept growing even as the President of the European Central Bank, Christine Lagarde, called for global regulation of bitcoin, saying the cryptocurrency has been used for money laundering activities, and adding that loopholes in the system needed to be closed.

Lagarde’s words came in an interview at the Reuters Next conference, where the ECB President said BTC “is a highly speculative asset, which has conducted some funny business and some interesting and totally reprehensible money laundering activity.”

Lagarde did not provide any specific examples of money laundering cases, but said she understood there had been criminal investigations into illegal activity. The cryptocurrency market going past $1 trillion has seen Tether, the largest stablecoin issuer, mint tokens in record numbers.

At one point Tether printed two billion USDT in a single week. The rising number of USDT in circulation has seen critics claim these tokens are being minted to artificially pump the price of bitcoin, and that Tether does not have $23 billion in reserves to back the tokens.

Tether claims its reserves include “traditional currency and cash equivalents,” and from “time to time” they may include “other assets and receivables from loans made by Tether to third parties.” Over the week Hugo Rogers, the Chief Investment Officer of Deltec, the Bahamas-based bank that holds Tether’s reserves, said that the firm has a “large position” in bitcoin and has been buying the cryptocurrency since it was trading at $9,300. Deltec responded to reports suggesting Tether could be backed by BTC, saying it does “not purchase tokens for and on Tether’s behalf.”

Jerome Powell, chairman of the Federal Reserve, has described the central bank’s work on stablecoins as a “very high priority,” stressing a need for “better regulatory answers” for these coins.

Powell’s words came in a webinar, in a segment focusing in part on central bank digital currencies (CBDCs). Per his words, stablecoins could “become systemically important overnight” and the central banks must have its “arms around the potential risks.”

Japan’s Financial Services Agency Says XRP is Not a Security

Japan’s top securities watchdog, the Financial Services Agency (FSA) has reportedly said it does not consider XRP to be a security, arguing the token does not meet the definition of a security under Japanese law.

The FSA’s stance goes against that of the U.S. Securities and Exchange Commission (SEC), which recently sued Ripple Labs. The lawsuit, announced on December 22 before Chairman Jay Clayton resigned, alleges that Ripple and two executives “raised over $1.3 billion through an unregistered, ongoing digital asset securities offering.”

While the FSA’s opinion has no bearing on the SEC’s current litigation against Ripple, it highlights a lack of consensus on XRP. SBI, a strong supporter of XRP, has argued the token is a cryptoasset under Japanese law.

UK’s Finance Ministry has, similarly, described XRP as an exchange token and not a security token. While several crypto trading platforms delisted the token after the lawsuit was announced, some have stood by it and criticized the SEC for harming XRP investors through the lawsuit.