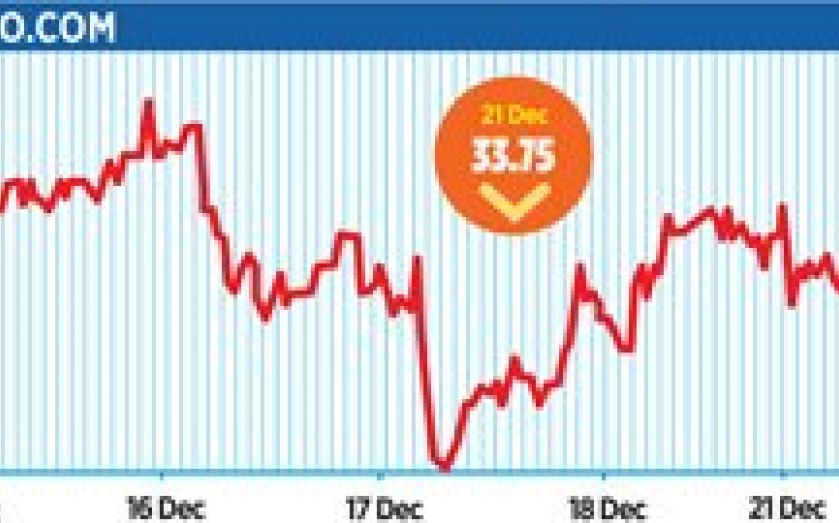 BOOHOO.COM
As the end of 2015 approaches, fast-fashion retailer Boohoo will be celebrating its first full year as a listed company, or perhaps taking some time for reflection following a profit warning in January. In its first coverage of the company, Shore Capital has said: “With lessons learnt, we believe Boohoo is well placed to deliver strong progress in 2016.” The analysts give Boohoo a rating of “buy” and a “fair value” share price of 46p compared with a current price of 33.75p.

DIXONS CARPHONE
Thanks to strong Black Friday sales and a positive outlook for the rollout of its new Sprint stores in the US, analysts at RBC Capital Markets have crowned Dixons Carphone as its general retail top pick for 2016. RBC Capital also gives the company a target price of 550p, compared with the current price of 484p. However, the note does also speculate that the retailer may speed up the closure of some UK stores.

DAIRY CREST
Dairy Crest’s announcement yesterday that it was taking full ownership of Promovita Ingredients, purchasing the remaining 50 per cent from Fayrefield Foods, “makes good sense”, according to analysts from Numis. Promovita was set up last year as a joint venture to produce a pre-biotic for infant formula milk and the move will give Dairy Crest total access to the intellectual property. Numis maintains its “hold” rating and its target price of 630p, compared to a current price of 656p.