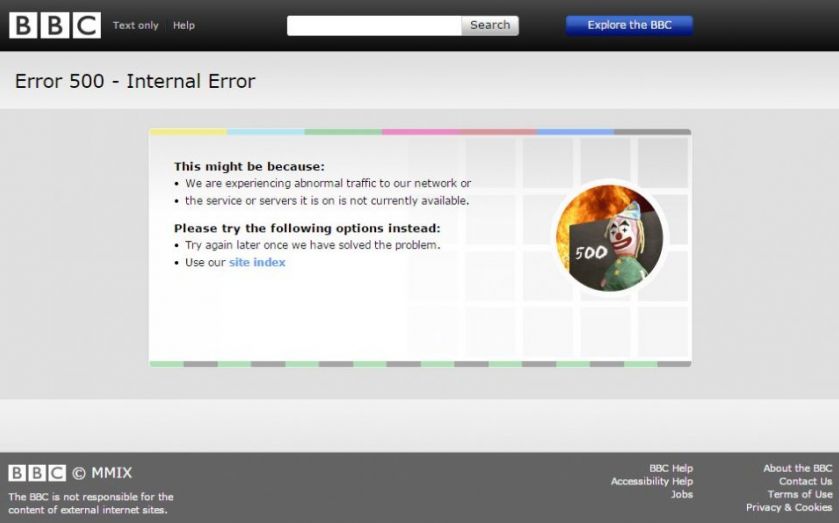 The BBC News website buckled today, and users were instead greeted with this rather scary error message.

The "Error 500" message says that fault could be due to "abnormal traffic" or the sites' servers being unavailable. There's also a rather creepy looking clown standing in-front of a chalk board, as well as what looks like a fireball. 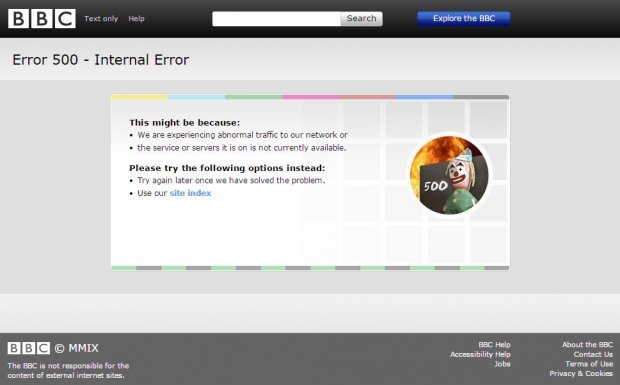 The BBC has since tweeted an apology for the outage, saying it's working to get the site back up again, nonetheless it's yet to reveal what's behind the problem.

Apologies, as we are experiencing technical problems on the BBC News website. We are working hard to resolve the issues.