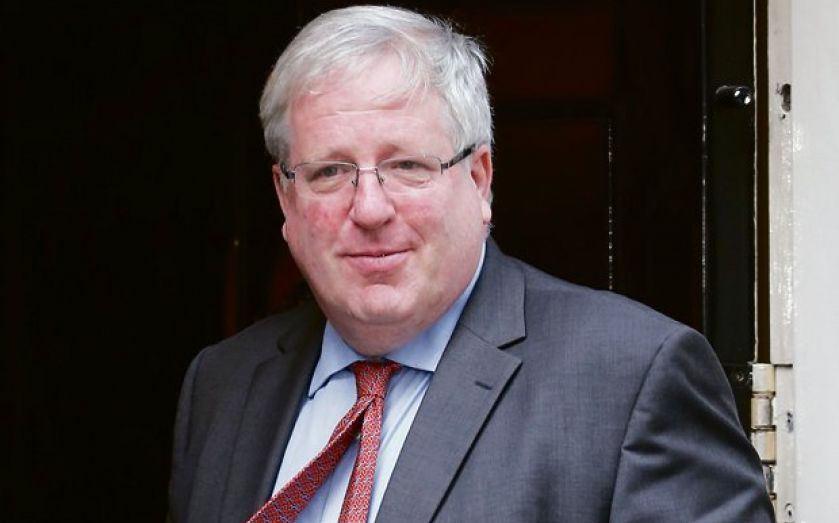 New report claims line will boost UK’s economy by £15bn …but critics remain unconvincedMINISTERS will today launch a fightback in support of the High Speed 2 (HS2) railway project – as a government-commissioned KPMG report claims the project would boost the UK economy by £15bn a year.Transport secretary Patrick McLoughlin will use a major speech to insist that the proposed £50bn railway from London to the midlands and the north is required to unblock the “clogged arteries” of Britain’s existing railway network.“You won’t have to travel on [HS2] to gain from the better transport system and economic growth it will support,” he will say.After a summer of negative headlines, McLoughlin will admit politicians were wrong to base the economic justification for the railway on reduced journey times. The figures used for this argument have been largely discredited for assuming businesspeople do no productive work while travelling.Today’s KPMG report is based on that idea that HS2 will improve labour market connectivity (making it easier for workers to access jobs) and business connectivity (making it easier for firms to do business with other companies).It argues that improvements in both categories will substantially improve productivity and boost UK GDP by 0.8 per cent a year from 2037.Between £5.5bn and £7.8bn of the economic benefit is predicted to come from cities included in the second phase of the project – including Manchester, Leeds and the East Midlands.For example, the inclusion of an HS2 station on the outskirts of Sheffield is predicted to boost the South Yorkshire economy by between £0.5bn and £0.9bn a year by the late 2030s – largely due to extra capacity on existing routes.Although the project is supposed to boost regional economies, the report still concludes that London will do better than any other region, with HS2 providing an annual economic boost of more than £2.5bn.KPMG’s consultants also found that the construction and manufacturing industries will hardly benefit from the new line, with 95 per cent of the forecast productivity gains coming in the service sector.TAXPAYERS’ ALLIANCE | MATTHEW SINCLAIR KPMG has created “an entirely new scoring method” for judging the economic benefits of transport projects – but only applied it to one struggling scheme, the chief executive of the Taxpayers’ Alliance told City A.M. yesterday.Matthew Sinclair said that there was nothing inherently wrong with the methodology of today’s report but insisted it should not have been invented especially for one project.“They should be developing this new method first and then applying it to a series of ways that they could spend £50bn,” he said. “Not just using it as a rhetorical crutch for one contentious investment.”“If you are scoring different projects on radically different methods then you will make faulty decisions.” Sinclair also criticised the report for assuming existing lines will retain high service levels (in fact, the plan is to cut them), failing to consider the effect of ticket prices on willingness to travel and assuming transport links are the only supply-side constraint to business location. “This raises a simple smell test: do we really think that business travellers getting around a bit easier on the train to meet their suppliers or customers within the UK is worth the best part of £15bn in productivity gains?”IOD | GRAEME LEACH The Institute of Directors recently branded the entire HS2 project a “grand folly”, becoming the first business group to oppose the project.Yesterday the organisation’s Graeme Leach told City A.M. that it is “difficult to believe” HS2’s journey time savings could yield the scale of productivity boost suggested by the KPMG report.He insisted that simply opening up business to business markets and “labour market hinterlands” would not be enough to bring in £15bn a year: “In our view, HS2 remains poor value for money.”IEA | RICHARD WELLINGS The Institute for Economic Affairs (IEA) recently said the HS2 project could cost up to £80bn because it would prompt the construction of many other expensive transport schemes.Yesterday the IEA’s Richard Wellings told City A.M. that KPMG’s £15bn GDP boost is “heavily distorted by the impact of London”.“Many of the regional benefits from improved connectivity are contingent on freed up capacity on non-HS2 lines – which, if it means more services in practice means more rail subsidies, and the various associated losses from tax funding.”