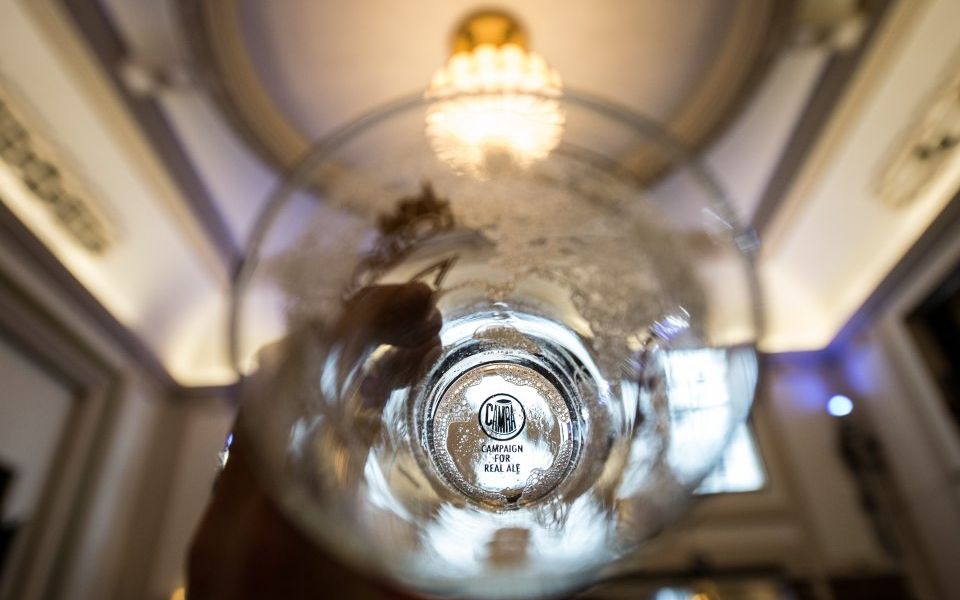 The event wasn’t to award the best-tasting brews or the most successful company, but to recognise the art, creativity, and innovation that goes into advertising alcohol.

This is a bigger challenge than you may think. There are almost 2,500 brewers in the country, while shops and bars are importing beers from the rest of the world.

Meanwhile, smaller brands are increasingly able to compete with corporate giants thanks to the internet boosting their chances of being discovered by drinkers.

Competition and choice are good for consumers, obviously, but combine this with the fact that more pubs are closing each year (since 2000, the number of pubs in the UK has dropped by 17 per cent, according to the British Beer & Pub Association) and you have a situation where the supply of booze is growing, but there are fewer places you can sell it.

It’s now harder than ever to get your beer into someone’s hand, so good marketing isn’t just handy, but essential for survival.

Which brings us back to the awards. Representatives from across the country, from big established names to craft beer makers and microbreweries, gathered under one roof to celebrate the industry and enjoy the free beer – I didn’t see any champagne or prosecco all night.

The big winner was St Austell Brewery, a Cornish brand founded in 1851 and the maker of Tribute Ale, which walked away with awards for best integrated campaign, best beer marketing of the year, and the grand prix.

But the night highlighted other key trends in the market.

First, the popularity of low or no alcoholic brews is growing, as more and more people look to moderate their drinking while still enjoying a good beer.

Small Beer Brewery, which makes beers of between 0.5 and 2.8 per cent proof, picked up a gong for best new launch, while Big Drop Brewing, which produces beers of less than 0.5 per cent proof, got the award for best targeting of alternative markets. Club Soda, a company which promotes “mindful drinking”, appeared on several award shortlists.

The other was the rising number of “beer sommeliers” – experts in critiquing booze and recommending food pairings. Half the people I spoke to had the qualification, or were planning to take a course to become “cider pommeliers”.

But the main thing the event showcased was the excitement within the industry, and the willingness to innovate as the market changes.

It’s a good time right now to be a fan of beer.