Bankers, watch out for the robots: Goldman Sachs has invested in a company that could use algorithms instead of analysts 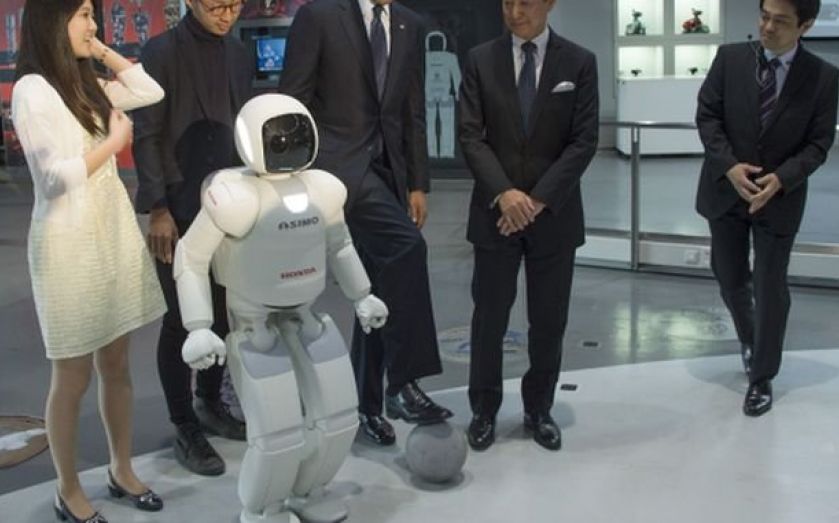 Bankers are often described as having robot-like qualities. With their ability to work all hours without running out of energy, their ruthless efficiency and mathematical skill, there are plenty of comparisons to be made with the machines.
But now, they could actually become robots. According to the FT, Goldman Sachs has invested $15m, in Kensho – a startup company which creates algorithms that can be used instead of analysts.
On its website, Kensho describes itself as “empowering the largest financial institutions in the world with technology that brings transparency to markets”.
It says its “intelligent computer systems” are capable of “answering complex financial questions posed in plain English, and in real-time”.
In other words, they could be doing just what some equity analysts already do, but faster, more accurately and for less money.
The algorithms would resemble Siri-like services for investors, providing answers to questions such as “what happens to US home-builder stocks if a category three hurricane makes landfall?”.
Analysts at the bank told the FT it was probably a money-saving decision, but that it would also provide access to a wealth of “unstructured data”, which is made of text rather than the numbers computers usually deal with.
Only being able to access structured data is a disadvantage for banks, since an estimated 80 per cent of all data comes in unstructured form.
Daniel Nadler, chief executive of Kensho, said not being able to quickly analyse hard-to-structure events, ranging from central bank announcements to geopolitical events and technology product releases, was “trying to see the world with not only one eye covered, but one eye covered and the other eye half-closed.”
Goldman Sachs is the financial software company's biggest investor. Others include Google Ventures, Accel Partners, and CNB.
Share:
Tags: Artificial intelligence (AI) and robots Goldman Sachs