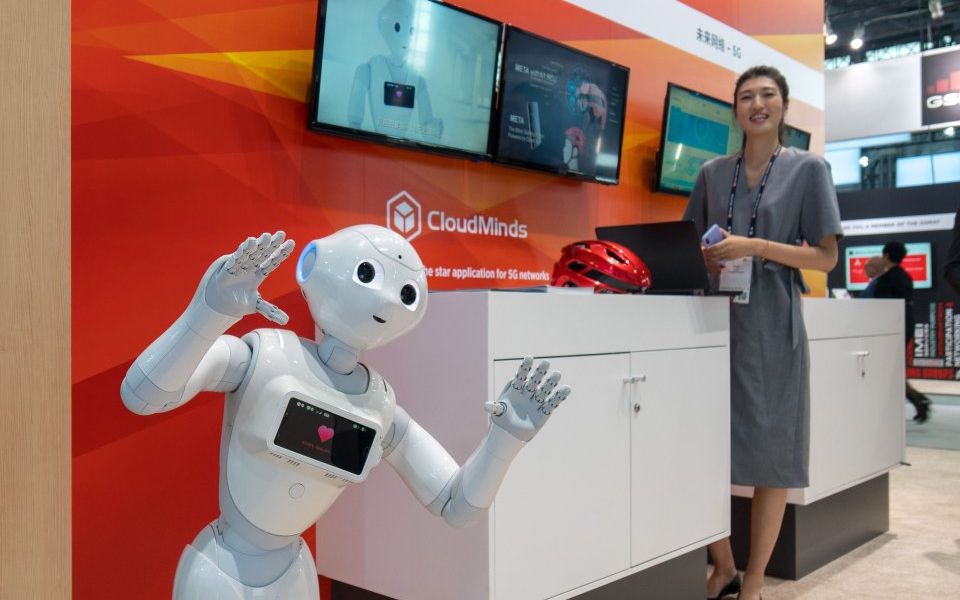 It was 1950 when Alan Turing developed a test which looked at a machine’s ability to generate responses that were so human-like that you wouldn’t be able to tell it was a computer.

Fast forward almost seven decades, and we are now at a tipping point in tech, as artificial intelligence (AI) nudges us into the so-called fourth industrial revolution.

While there are many reasons to be excited about the potential of these witty machines, any excitement is often drowned out by the fear that we are heading towards an apocalypse of AI’s making.

“Ahh! The robots are coming!” We hear people cry in the streets, as these clever machines set about to harvest our organs. Except this is not the Matrix.

People often seem to get so wrapped up in visions of a dystopian future that they dismiss how beneficial intelligent machines could be in every corner of our lives.

As in previous industrial revolutions that have gone before us, concerns always mount on the impact these changes will have on our livelihoods – and understandably so.

Of course, it’s blue-collar jobs that largely bear the brunt of this change, and while we often talk about AI replacing manual labour roles that are easy to automate, we underestimate the impact on white-collar jobs.

Even professional roles, such as lawyers and fund managers, will be replaced by these intelligent machines in the imminent future. “No one should be under any illusion; there is an AI company looking to replace all of our jobs,” says Simon Bussy from Altus, pointing to a study by the University of Oxford and Yale University which estimates that computers could outperform humans in all tasks by 2060. Many of us will see this change happen within our lifetime – a sobering thought by any means.

Today, AI is very narrow in what it can do; it’s very task-specific – more washing machine than terminator

There’s no doubt that jobs which require maths and logic – such as financial advice – could be better served by computers.

Organisations are already automating investment processes through complex algorithms, and the shift towards AI-programmed investment management is fully underway.

But what about letting a robot manage your entire financial plan? Would you be happy for a computer to help you make tricky decisions about your money?

Even complex financial advice is often made up of a number of small binary decisions.

Recommendations are formed by collecting data and searching the marketplace, before weighing up the various options. As well as crunching data, AI can also identify patterns in a user’s browsing and purchasing histories, proactively customising advice to suit a customer’s needs.

So what if a robot could help advisers with the heavy lifting? This would certainly make the advice process less clunky and arduous for consumers.

US-based fintech firm Pefin is one of the first companies to bring AI into financial advice.

The company uses between two million and five million data points for every customer, taking personal behaviours and market conditions into account, while learning in the process.

The service essentially learns from a sample of an advice company’s decisions, mirroring the style of the human adviser, and weighing up the financial options of clients in the same way. For example, it could explain why a client should transfer their defined benefit pension, or go into drawdown.

But while tools like Turo are able to learn from humans, it’s inevitable that AI will also perform better than humans. Just take DeepMind. The AI company developed a system called AlphaGo, which thrashed the world champion at the complex board game of Go. “Not only has it taught itself to play better than humans, but it taught itself to play in a unique way,” says Bussy.

So, imagine if you could turn that level of thinking to financial services to address the advice gap? It could look at things in ways that humans haven’t done before.

We’ve been talking about the rise of robo-advisers for years now. While some companies will claim to be AI- driven, Bussy argues that pre-coding a decision tree is not really AI at all.

“Today, AI is very narrow in what it can do; it’s very task-specific – more washing machine than terminator,” Bussy chuckles.

But the real robo-advisers are marching in, and organisations are now really beginning to push the boundaries and use machine learning techniques to drive better financial decisions.

In the UK, the number of financial advisers has dropped off a cliff, plummeting from 300,000 back in 1986 to just 22,000 now. But tech is often heralded as the answer to our widening advice gap.

“While there has been a steady decline in advisers, people need advice more than ever,” says Andrew Firth, chief executive of Wealth Wizards, pointing out that people are living for longer and need to plan for a longer period after they stop work.

And while the pension freedoms have opened the door for people to make choices about their retirement funds, arriving at a decision is now far more complex – meaning most people need an adviser to give them a helping hand. The question now is whether that hand will continue to be a human one.

As it stands, people generally still want to deal with people when it comes to their personal finances.

This is why Wealth Wizards, for example, augments, rather than replaces the financial adviser, so that customers have the validation of a human at certain points in the process.

Firth stresses that this is not about replacing human advisers, adding: “There is still a really big role for human interaction and judgement.”

Existing AI offerings in financial advice often use what Bussy describes as “blackbox solutions” – that is, you don’t know how the computer has arrived at decisions. This means it’s difficult to provide evidence on suitability, which is particularly problematic from a regulatory perspective.

Digital advice companies are currently grappling with this problem.

There are other issues that businesses and consumers alike need to take into consideration, such as the inherent bias of the data that is used to train the machines.

And of course, privacy and trust issues remain a big concern for consumers who are worried how intelligent machines could use their information.

China is fast becoming the exemplar in this fusion of AI and fintech – just look at the likes of Alibaba and Tencent, which are completely re-coding the way people manage their personal finances.

We should take heed of these developments in China, as this country is offering a vision of what financial management could look like in the future.

Ultimately, organisations that don’t use machine learning will become a pale imitation of those that do. And as Bussy puts it: “It’s those people who have a healthy disregard of the status quo that are going to win.”

In the UK financial services industry, uptake and development of AI solutions have been tepid at best, particularly in the private banking, wealth management, life and pensions sectors.

Meanwhile, our skills shortage continues to hold us back.

Even the latest Altus white paper, which looks at the future of financial advice, admits that the UK has been late to the party.

In fact, it wasn’t until late last year that a light bulb finally went off, finally spurring the government to set aside £75m to invest in AI.

While there is only a tiny number of people who have computer science PhDs in an AI-related subject, Wealth Wizard’s chief technology officer Peet Denny says: “There are few scientists, but there are many people who can solve problems with the science that’s been produced.”

So while the role of AI integrates further into financial management, this doesn’t mean human advisers will be lost to machines any time soon.

In fact, if these clever computers can utilise the knowledge of financial advisers, this can be used by an increasing number of people, creating massive efficiencies – robots will essentially become the calculator in the maths exam.

If we can make the process of advice faster, cleaner, and more transparent, perhaps it will really encourage more people to finally take charge of their finances.

Don Schuerman, chief tech officer at Pegasystems, says: “The best chess player in the world is not a human, or a computer, it’s a human and computer playing together.”

Let’s not underestimate how much richer AI-supported advice could make all of us.