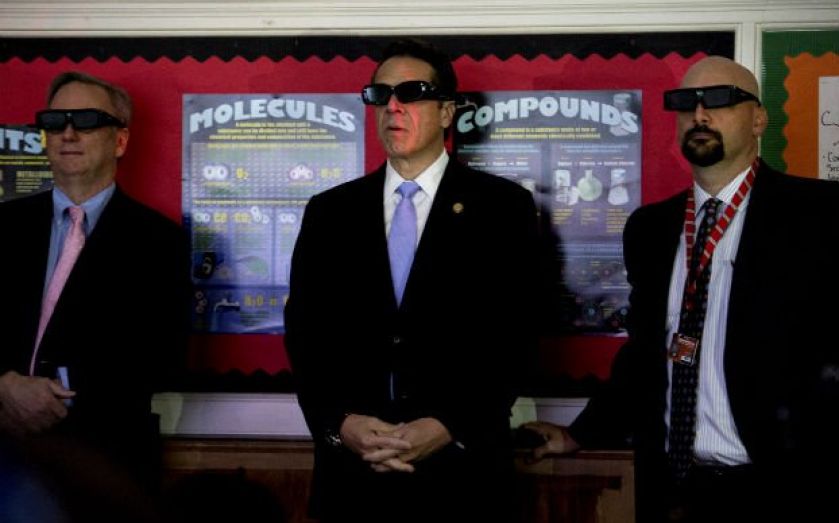 Google boss Eric Schmidt is the latest to weigh in on the artificial intelligence debate after Stephen Hawking and Elon Musk both offered a dim view of intelligent machines in the future.

Schmidt is tabling a much more positive view of the rise of the machines. Nothing to do with Google’s massive investment in AI, as seen everywhere from its search engine to self-driving cars, we’re sure…

It’s normal to be worried, but that apprehension is misguided, Schmidt told an audience at the FT Innovate America conference.

What have robot’s ever done for us? Well, other than increasing everyone’s levels of procrastination by putting literally any information at our fingertips in Google search, AI will lead to an increase in wages. For many, that might be as good a reason as any to embrace the technology.

Schmidt told the conference: “These concerns are normal. They’re also to some degree misguided. Go back to the history of the loom. There was absolute dislocation, but I think all of us are better off with more mechanized ways of getting clothes made. There’s lots of evidence that when computers show up, wages go up. There’s lots of evidence that people who work with computers are paid more than people without,” Wired reports.

“The correct concern, is what we’re going to do to improve the education systems and incentive systems globally, in order to get people prepared for this new world, so they can maximize their income,” he adds.

Based on an example Schmidt gave of one of Google’s AI experiments, we can perhaps understand his lack of concern.

The company fed 11,000 hours of YouTube video into what is essentially a computer that can learn things without being programmed. And what did it learn? “It discovered the concept of ‘cat'. I'm not quite sure what to say about that, except that that’s where we are,” said Schmidt.

While that may be a disappointing outcome for Google, the AI machine was pretty much on the money with that lesson, considering the internet is made of cats. Maybe there is something to worry about after all?

Stephen Hawking could be right then when he says that success in creating artificial intelligence will be the biggest event in human history. Unfortunately, it might also be our last.

Watch him talk more about AI in this skit from Last Week Tonight with John Oliver at  2.24.