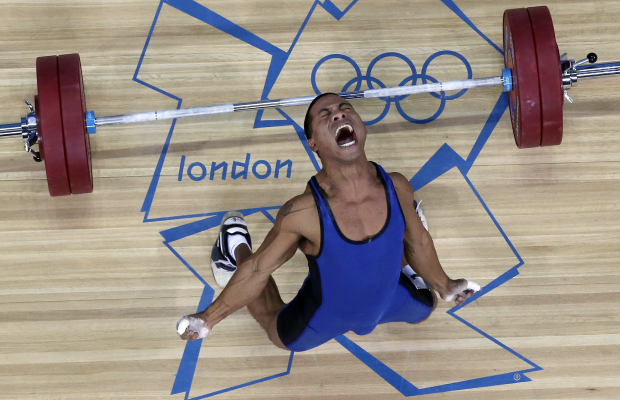 Surveys can be deceiving – and that's largely because of how we answer them. There may be more to the latest BBC/ComRes poll on the legacy of the Olympic games than meets the eye.

While 11 per cent of respondents said they are now more physical active as a result of the games, can we take that on face value? If you understand the problem of social desirability bias, probably not.

Take the phenomenon of vegetarianism in the US as an example:

The reason for the widespread but mistaken belief that America is rapidly going veg is the mismatch between what people say they eat and what they actually eat. Take a 2002 Times/CNN poll on the eating habits of 10,000 Americans. Six percent of the individuals surveyed said they considered themselves vegetarian. But when asked by the pollsters what they had eaten in the last 24 hours, 60% of the self-described "vegetarians" admitted that that had consumed red meat, poultry or fish the previous day.

In another survey, the United States Department of Agriculture randomly telephoned 13,313 Americans. Three percent of the respondents answered yes to the question, "Do you consider yourself to be a vegetarian?" A week later the researchers called the participants again and this time asked what they had eaten the day before. The results were even more dramatic than the Times/CNN survey: this time 66% of the "vegetarians" had eaten animal flesh in the last 24 hours.

Perhaps we'd get a better idea of how the Olympics has affected sport participation if ComRes did a similar followup survey, asking respondents if they'd exercised in the past week.

As economist Bryan Caplan explains, the problem here is that people want to give the answer that will make them look best:

Long story short: Many people see vegetarianism as a moral ideal, but bacon tastes good.  In such situations, Social Desirability Bias leads human beings to say they do the right thing, but do what feels good.

If we did want to make people more active then a £9bn advertising scheme in the form of the Olympics probably wasn't a wise way to go about it. Reducing the costs of participation in sport would probably be more sensible.

However, the government is actively increasing the costs of exercise. Chancellor George Osborne chose to add VAT to sports supplements and drinks in the 2012 budget, as preparations for the games were underway.

That we were may not be more active now does not mean that the Olympic games were a bad thing; they weren't hosted purely for the impact they'd have on our willingness to go to the gym.

Whether the games will have an enduring legacy is a different question, and perhaps not one that can be answered with simplistic surveys.