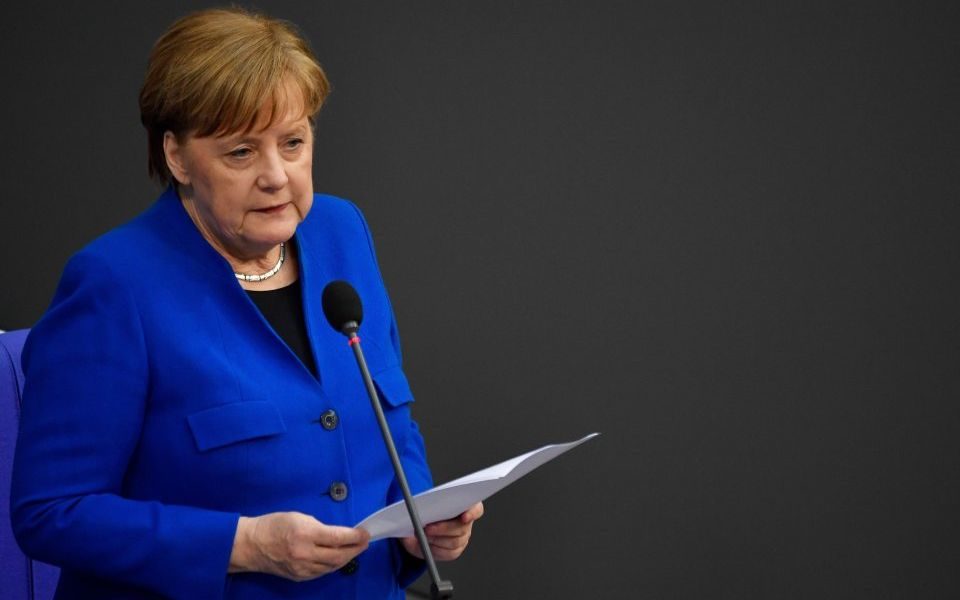 Angela Merkel has seemingly rejected Theresa May’s call for short delay to Brexit as she talked up an an extension of “several months”.

The German chancellor told her country’s lower parliament that she hoped the EU would back a plan that would see the Article 50 process extended beyond 30 June – the date which May has proposed.

European Council president Donald Tusk is also favouring a longer extension, and ahead of tonight’s summit in Brussels wrote to EU leaders asking for them to back a plan which could Brexit delayed for another year.

May will make her bid for a short extension this evening, before EU leaders discuss over dinner whether to grant her request and how long any extension should last

Speaking ahead of the summit, Merkel said: “I will support – and see if there’s broad majority for – an extension of several months, but not far beyond that so that when the UK decides, an exit can proceed successfully.

“The extension should be as short as possible, but it should give us a certain amount of calm so that we don’t have to return to this issue every two weeks.”

The EU had previously told May another extension would only be granted if the UK can present a credible alternative Brexit plan to the one which has been rejected by MPs three times.

The government and Labour have been engaged in talks to find a compromise deal which could win the support of the Commons, but almost a week of talks have yet to produce an agreement.

Labour want to see the UK enter in a customs union with the EU after Brexit, but May has repeatedly said the government must be able to operate its own trade policy.

A spokesman for Jeremy Corbyn said today the talks are “being conducted in a serious, detailed and engaged way”.

He added: “But at the same time, as Jeremy, Becky Long Bailey and Keir Starmer have all said at different points, we’ve yet to see clear evidence of the kind of real change and compromise that would be necessary to reach an agreement.

"The Government side has been engaged in the detail explaining its position and how it sees its own deal, which has been rejected three times in Parliament. But there really is going to need to be a move off their red lines in a substantive way if we’re going to reach an agreement."