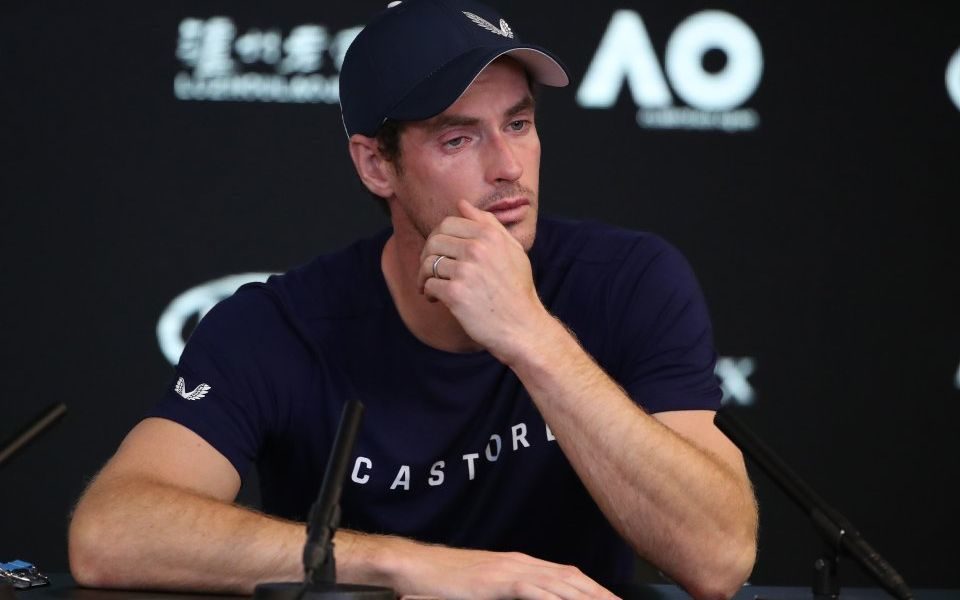 As the lights on Sir Andy Murray's tennis career begin to flicker, the difficulty that Britain's next generation of tennis stars face to fill his shoes is more than apparent.

It will surprise few who follow tennis that Murray has announced his intention to retire this year, but the press conference in which he declared he may not even make it to a Wimbledon farewell was emotional all the same.

The hip injury that has plagued the former world No1 for almost two years has taken its toll and there will be a void in British tennis where the 31-year-old stood. Not just for his ability on the court but also his unrelenting support for equality and anti-doping in the game.

During an era of dominance from Roger Federer, Rafael Nadal and Novak Djokovic, Andy Murray was the one player who was able to break into the elite group of the time.

Despite losing four successive Grand Slam finals, three times to Federer and once to Djokovic, he was able to claim victory at the US Open in 2012 against the latter and break his duck.

He went on to win three Grand Slams in total and was lumped in with the other three as part of the game's 'Big Four' – even if his successes were not as vast.

Only three others players have won Grand Slam titles in the last 14 years, but it could have been more for Murray whose career has been prematurely cut short, with the injury coming just after he had become world No1 in 2016.

Murray would go on to end Britain's 77-year wait for a male singles' title in 2013 when he beat Djokovic at Wimbledon in three straight sets.

Back-to-back defeats at the Australian Open final would follow in 2015 and 2016 – making it five there in total – as well as a French Open final loss in 2016, before he claimed a second Wimbledon title the same year.

The Scot reached three finals that year and won the end of season ATP Tour Final at the O2 in London to become world No1 – but it would be his last hurrah.

It wasn't just the Grand Slam and ATP Tour victories that put Murray among the game's elite, but also his success at the Olympics.

Murray became the first tennis player in history to win back-to-back gold medals in the singles, one in 2012 and then again in 2016.

All the signs suggested Murray was coming into his own as Nadal and Federer waned, but while they have since managed to bounce back, it has been Murray who has been left wondering what could have been.

A champion of equality

The void left by Murray will not just be for his success on the court but also his willingness to speak out against inequality and doping in the game.

Having worked for two years with former women's world No1 Amelie Mauresmo as his coach he spoke outwardly about the insight it gave him to the different way men and women are treated within the sport.

He also memorably corrected a journalist for overlooking female players during a press conference in 2017 after they stated that Sam Querrey had been the first US player to reach a Grand Slam semi-final since 2009.

Murray showed no sympathy to fellow Brit Dan Evans who tested positive for cocaine in 2017, and was vocally critical of the decision to give Maria Sharapova wildcards to enter tournaments following her 15-month ban.

The 31-year-old has acted as a role model and mentor to younger players and guided Britain to their first Davis Cup win in 79 years in 2015 with a young Kyle Edmund, now world No14, alongside him.

It's not just Brits that have reaped the rewards of his presence, with hot-head Nick Kyrgios admitting in a tribute to Murray on Friday that the Scot had helped him too.

"You took me under your wing as soon as I got on tour,” Kyrgios said. “You are one crazy tennis player, miles better than me, but I just want you to know that today isn’t only a sad day for you and your team, it’s a sad day for the sport and for everyone you’ve had an impact on."

He will continue to nurture the next generation of players through his 77 Sports Management group, but those following in his footsteps will have huge shoes to fill.