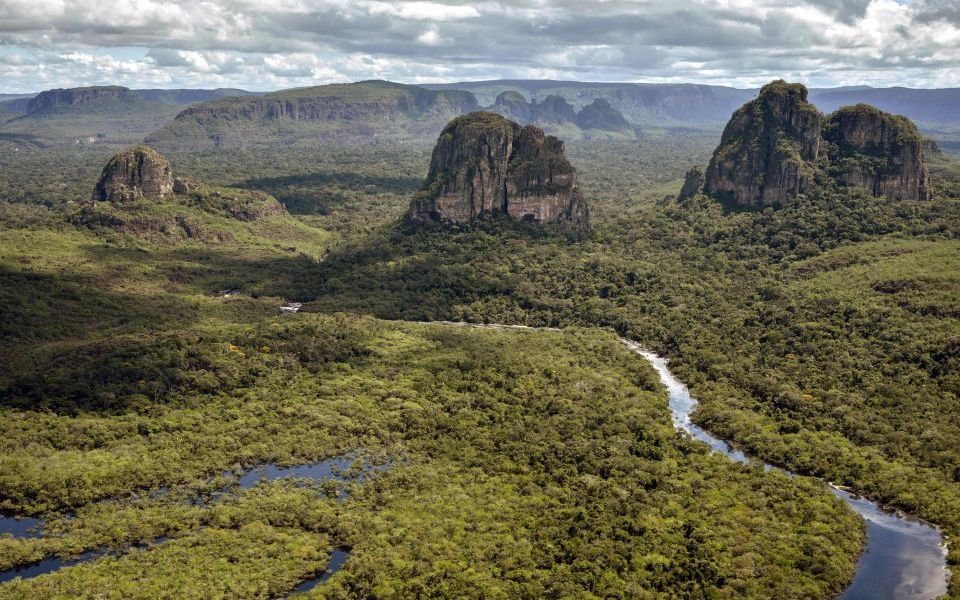 What would be your ideal job? For some, it might be trying to make the world better by saving the pandas or cleaning up the oceans. Others may simply want to make lots of money while wheeling and dealing in a high-stakes career.

But for many of us, I’d wager the ideal job would involve getting paid to indulge our hobbies, while travelling and seeing more of the world.

Joanna Gillan is one of the those rare people who seems to have managed to achieve this. With her husband Dr Ioannis Syrigos, she co-founded history website and online magazine Ancient Origins, which reports on the latest historical discoveries and features new research and theories on lost cities, strange artefacts, and ancient mysteries.

Since launching the site in 2013, Ancient Origins has grown significantly, and attracts four million visits each month. Turnover has also swelled, from just $10,000 in its first year to an expected $450,000 now. The site’s most successful article with over one million views is about the Swastika and how the history of the symbol stretches back over 12,000 years. Another popular hit looks at the possible real-life events that inspired the story of the Pied Piper of Hamlin.

Born from the couple’s shared fascination with ancient history, the venture’s success has enabled them to explore the world, while writing articles and running the site from wherever they are living. Gillan attributes part of the website’s achievements to making the topic of ancient history – something that is normally only studied in the upper echelons of universities – more accessible to the masses, reviving the public’s passion for the mysteries and intrigue of the distant past.

“We started the website with the intention of bringing history to everyday people. There are a lot of websites out there that are very academic, dry, dull, and are really tailored to the academic field, but we wanted to make history exciting for the everyday person.”

Peering into the past

Originally hailing from Sydney, Australia, Gillan has lived in Greece, South America, and now resides in Ireland. But she first met Syrigos while in the UK, where she was working as researcher for the royal family.

“It was here while in London that I met my future husband, who’s Greek,” she explains. “We decided to move back to Greece and get married over there. We wanted to start a project together, get away from our nine-to-five jobs, and have the freedom to run an online business and take it with us around the world in order to have adventures.”

While neither of the couple have a degree in history (Gillan has one in psychology, and her husband’s background is in computer engineering), they both shared a deep fascination for the subject. Syrigos has even led multiple expeditions to sites of historical interest, such as the Tayos Cave system in Ecuador: a vast underground network where several ancient artefacts have been recovered in the past, but many parts of the cave remain untouched and unexplored.

“We each have different aspects of ancient history that we’re interested in – my husband loves studying indigenous cultures and folklore and ancient places, while I’m interested in human origins and archaeology.”

While Gillan and Syrigos initially wrote and managed the site themselves, the team has grown, with new employees handling everything from search engine optimisation to social media, video, and editing. The site has had over 200 contributors, many of whom with expertise in history and archaeology – these writers have also helped with fact-checking content on the site to maintain its credibility.

What helps set Ancient Origins apart from more pedestrian history websites is that it gives a voice to researchers who pitch alternative ideas that may go against the mainstream historiography.

“When there are particularly controversial articles (and there can be many in history, because religion comes into it, as well as political conflict), then we go closely into fact-checking, because we don’t want to get it wrong and offend a huge chunk of the population,” Gillan warns.

Ancient Origins also has to be careful. While the site does features articles on mythology, folklore, and unexplained phenomena – all of which pique the public’s fascination with the mysteries of the past – there is a risk that some writers may try to publish outlandish conspiracy theories, rather than serious research.

“We do turn down quite a lot of articles, because people can have some crazy ideas. Now, crazy ideas are okay if you’ve got evidence to back it up. If you can’t back it up, sorry, it can’t go in there.”

Having built up a team for the website, Gillan and her husband are now focusing on having their own adventures and doing more fieldwork: visiting historical sites and ancient ruins to make original discoveries. They’re currently examining locations around Ireland, including stone circles, prehistoric tombs, and other sites linked to supernatural Irish mythology, such as Loftus Hall – believed to be the most haunted house in the country.

They’re also planning to lead an expedition through the jungles of Colombia next month to investigate a carved cliff face.

I tell Gillan that her travels around the world remind me of the iconic character Lara Croft from the Tomb Raider video games, who is also a globe-trotting, adventurous archaeologist, although I doubt that the Ancient Origins’ founder takes artefacts from ancient tombs while dual-wielding pistols like Lara.

She laughs, but then compares her husband to another pop culture icon.

“He’s sort of like a computer geek crossed with Indiana Jones. He gets a lot more into the fieldwork than I do, but we go on lots of investigations together.”

And much like Indiana Jones, Syrigos has also brushed with death. While the couple were living in Ecuador, he was kidnapped by a tribe living in the Amazon rainforest.

“He was investigating a cave system where a bunch of ancient artefacts had been found, but he accidently strayed into the territory of a neighbouring tribe. They put him on trial and the village had to vote what would happen to him. He ended up being able to pay them off, but it was a risky situation.”

Looking to the future

While Ancient Origins is doing well, it’s competing in a tough market. Ad revenue for most websites is on the decline due to the increasing use of ad blockers and the fact that advertisers are paying less per ad.

“We estimate that up to 30 per cent of our readers use ad blockers, so they’re not seeing the ads anyway, Gillan says. “For three years that was our only income source. So we realised that we needed to diversify.”

This realisation led to the launch of the monthly online magazine in September, which she hopes will be physically printed later this year, as well as introducing a premium subscription, where readers can access extra content that’s behind a paywall.

Looking from the past and to the future, the team is exploring other ways to diversify revenue, such as running tours and expeditions for Ancient Origins readers, investing more in video, and utilising modern technology to keep readers more engaged.

“One of the areas we’re going into is using artificial intelligence for content personalisation,” she explains. “The intention obviously is to get them to stay longer on the website, because they’re being presented with more content that’s interesting to them, which should increase revenue as well.”

There are also plans to create an augmented reality app, which someone could use while in a historical location, say the Colosseum in Rome, and see a virtual reconstruction on their smartphone of what it would have looked like in its heyday.

Gillan is savvy business woman. Like other web entrepreneurs, she’s trying to adapt to how the industry is changing, such as finding the right balance between free content to entice and build a readership, and premium, paywalled content to profit from readers keen to support her work.

The modern-day world is full of hardships and difficult, confusing problems. It’s often not clear who is in the right and who is in the wrong. Perhaps that’s why there is a renewed interest in ancient history. On the one hand, it reminds us how much better off we really are today – which is easy to forget, until we take a moment to think about the great strides that have been made in living standards, medicine, and equality. But it also harks back to a time when things seemed simpler and more straightforward.

Regardless of why the past has come back into vogue, this is an entrepreneur who has found a way to build a thriving business off that wave. Her job is effectively to write about fascinating subjects, learn about the past, and travel all over the world. That certainly beats the regular nine-to-five.