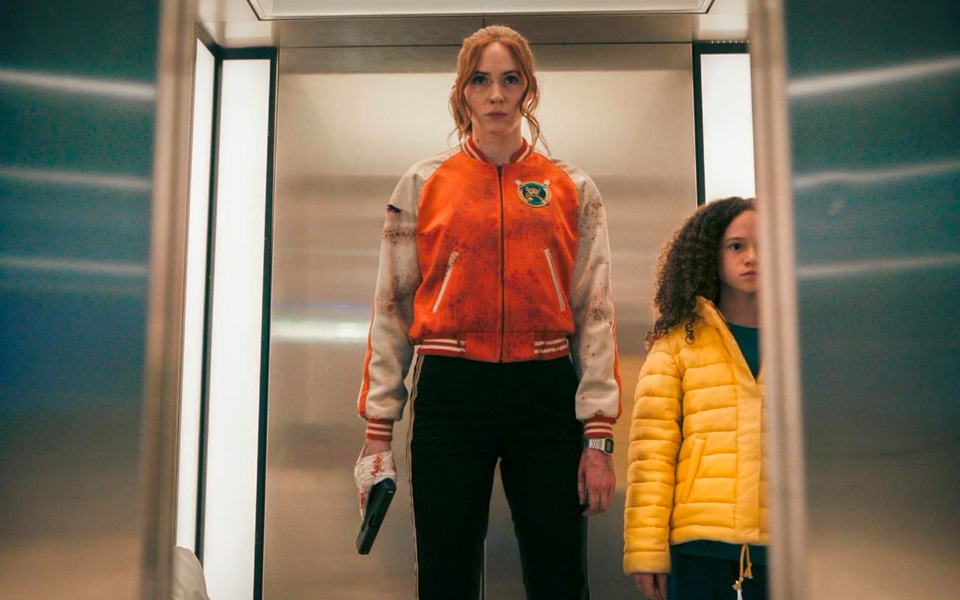 While she may be better known as a supporting player in the Jumanji and Marvel franchises, Karen Gillan has offered some impressive lead performances on the big screen. She impressed as the director and star of 2018’s overlooked drama The Party’s Just Beginning, and in the David Dastmalchian-written All Creatures Here Below. This week, she turns action hero in the bloody action-comedy Gunpowder Milkshake.

Being released in cinemas and on Sky Cinema, the story follows Sam (Gillan), a highly skilled assassin who entered the murder business after being abandoned by her mother (Lena Headey), a fellow contract killer, when she was a child. She carries out hits for shadowy organisation The Firm, who task her with killing an accountant who has stolen money from them. She kills the man, only to learn that the money was to pay for the ransom of his 8-year-old daughter Emily (Chloe Coleman) from gangsters connected to her employers. Motivated by her past, she sets out on a bullet-riddled quest to save the child, but drawing the ire of The Firm means she will need some help to survive.

While Gunpowder Milkshake’s predominantly female cast is unusual for this genre, its influences are familiar. There’s a neon, retro aesthetic that brings to mind Baby Driver, as the duo run through diners, bowling alleys, and closed down malls. That film’s sardonic wit is also present in the script, while Gillan donning a bowling jacket gives her a resemblance to Ryan Gosling in Drive. The library, a key location in the film where assassins come for refuge and armour, also feels like something you might find in a John Wick movie.

Is Navot Papushado’s film as impactful as any of those films? Not quite, but baring favourable comparison to those movies is an achievement in itself. The Israeli film-maker’s direction is stunning, from an escape through a glaring white private hospital, to glorious slow-motion fight at the end, he makes his cast look like the most dangerous people alive.

In addition to this, everyone on Sam’s side of the fight is someone you enjoy spending time with. Gillan is cool, but with great comic timing that makes for an excellent rapport with both Coleman and Headey, herself no stranger to tough action roles. The film is lifted by The Librarians, a trio of tough women who arm and advise Sam from within an ornate library where every book contains a firearm. The casting is a masterstroke – Michelle Yeoh, Carla Gugino and Angela Bassett are so captivating that they would merit a spin-off of their own. For now, it’s just a pleasure to see these talented actors given interesting roles, and able to get in the mix as their male counterparts are so used to doing. They do so with personality and style.

As mentioned, it’s not perfect. The second half of the film struggles for pace at times, what with it being basically one long shoot out. Ralph Ineson’s bad guy is forgettable, along with his disposable henchmen, while Paul Giamatti is underused as The Firm’s HR guy and Sam’s guardian. In short, Gunpowder Milkshake could do with a deeper plot and a more interesting baddie. However, thanks to stylish direction and strong performances, it’s a really fun to watch in a way action comedies should be. A sequel has already been announced, and with a world this vivid it will be exciting to see where Sam goes next.