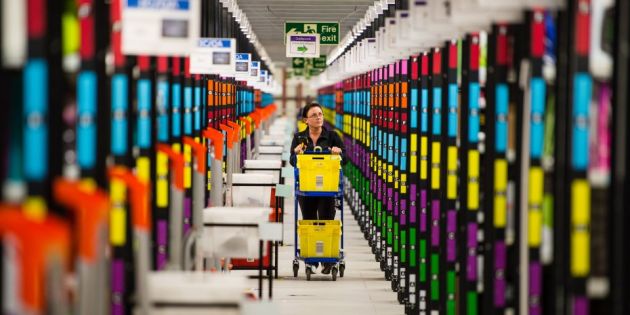 If you are a regular reader of the financial press, you could be forgiven for thinking some kind of corporate serial killer is currently on the loose.

On an almost daily basis, fresh obituaries appear for retail businesses and there is a strong consensus on who is to blame – the global phenomenon that is Amazon as it makes good on one of founder Jeff Bezos’s favourite aphorisms: "Your margin is my opportunity."

Case closed, then? Well, not so fast.

On our Value Perspective blog, we do not believe things are ever so black-and-white – and we are always suspicious of consensus.

So we thought we would take a closer look at the so-called ‘Amazon effect’ (™ all major media outlets) – specifically, is Amazon really sounding the death knell for retail investing and, either way, what are the implications and opportunities for investors?

There is little doubt Amazon’s rapid online growth is asking some very tough questions of traditional ‘bricks and mortar’ retailers and their old-school business models, which is leading to stiff declines in like-for-like sales numbers.

Furthermore, Amazon keeps pushing into fresh markets – its new focus on the home, kitchen and furniture space, for example – presumably leaving Ikea relieved it is not a listed company.

Still, while you could certainly make the case there has been a shift in the way consumers do their shopping, it would be pushing it to argue people have abandoned physical stores for good.

After all, what does it say that June saw Amazon itself shelling out $13.7bn (£10.5bn) on Whole Foods – a food retailer with a significant bricks-and-mortar presence – or that it is now opening physical bookstores around the US?

Draining away customers from retailers

At its core, Amazon represents such a huge threat to other businesses because it drains away potential customers.

As a result, even the largest and most powerful retailers no longer have control over brand perception, lose pricing power and see their margin and returns eroded.

Tellingly June also saw Nike – which for years had resisted partnering with Amazon – announcing details of a limited working relationship.

Across the globe, companies have been slow off the mark – first in spotting the significance of the online trend and then in reacting and investing in their own online offering.

Thus, over the last couple of years – and most notably in the fashion sector – an increasing number of retailers have been going bankrupt.

As investors, it is hard to tell whether even those with strong margins and high returns will exist a few years from now.

Not all Amazon’s fault

Easy as it may be to pin all of retail’s woes on Amazon, however, it is also wrong.

As Vitaliy Katsenelson argues in his excellent article It’s not just Amazon's fault, the group accounts for just 1.5% of total US retail sales.

More important factors behind weak retail sales, he suggests, include significant changes in consumers’ needs and preferences and the simple but by no means new argument the US is ‘over-retailed’.

At this point it may be instructive to introduce the example of South Africa, where the idea of ‘e-retailing’ is still in its infancy.

According to analysts at Morgan Stanley, Amazon has no infrastructure in the country as yet and has secured just 1.7% of the overall online market compared with 15% for bricks-and-mortar retailers.

Yet, interestingly, retail space has increased 32% over the past five years while GDP per capita is only up 8%.

Nor are all retailers giving up without a fight in Amazon’s more established heartlands.

Those that appear well-placed to push back include Wal-Mart, which has not only been investing heavily in e-commerce but also enjoys an advantage on grocery sales thanks to its massive scale and price investments in recent years.

For its part, Ulta Beauty offers in-store services, enticing customers to visit to have their make-up done.

One unlikely example of a business that has managed to reinvent itself for this new retail environment is US electronics giant Best Buy, whose prospects the market had written off some years back.

After announcing it would match the prices of its online competitors and renting out parts of its enormous stores to major brands, such as Microsoft and Samsung, it has enjoyed increased sales growth in successive quarters.

So, while the retail sector hardly has cause for complacency, reports of its death at the hands of Amazon would – as things stand – appear to have been exaggerated.

That being so, the important question for us here on The Value Perspective – and one we will address in our next article – is, is it still possible for investors to find value in retail stocks?

Juan Torres Rodriguez is an author on The Value Perspective, a blog about value investing. It is a long-term investing approach which focuses on exploiting swings in stock market sentiment, targeting companies which are valued at less than their true worth and waiting for a correction.