AirPods Pro review: An incredible step up to the top table of mobile audio for Apple 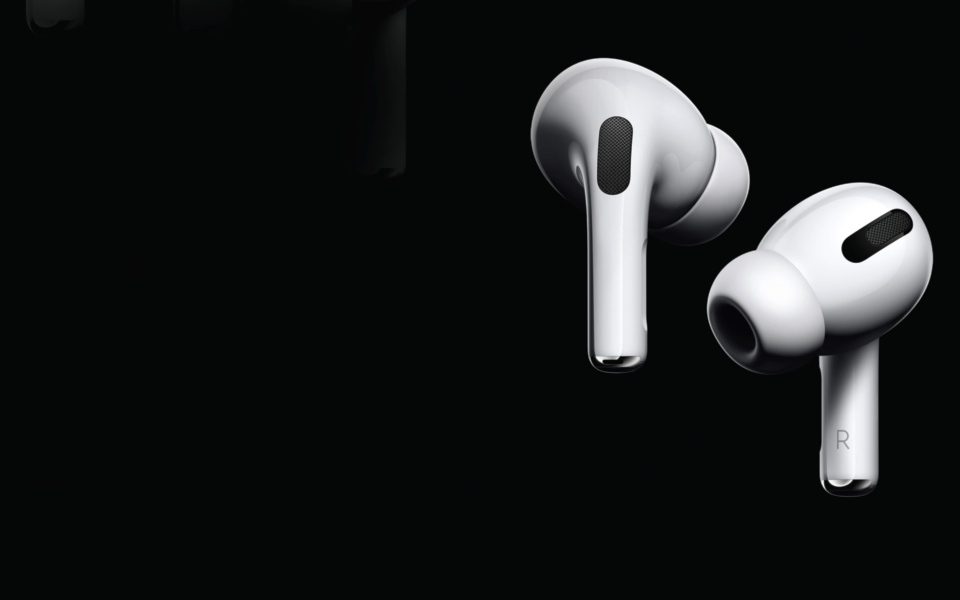 Apple’s regular AirPods leave me cold. They look daft, with their elongated stalks – often compared to toothbrush heads – and have such poor sound insulation that unless you’re listening to music in an hermetically sealed room, everything sounds distant and muddy. When Sony came along with its excellent WF-1000XM3 noise cancelling buds it was essentially game over.

So Apple went away and designed a pair of earbuds that could compete, and boy did they nail it. The £249 AirPods Pro are genuinely brilliant, improving on the vanilla AirPods in virtually every respect. Everything about them shines, from the out-of-the-box ease-of-use you associate with Apple to the design and audio quality, which rivals the best on the market.

Perhaps the most significant improvement is the addition of active noise cancellation (ANC), which uses witchcraft to suck sound out of the environment around you. Where once there was the clattering of trains and the wailing of babes, suddenly there is only blissful silence. It’s just you and your playlist, alone in the void.

The quality of ANC varies wildly from brand to brand, and Apple comes out somewhere near the top, deadening ambient sound (especially persistent noises like the hum of a jet engine or the rumble of air conditioning) without degrading audio quality. Compare this to the Bose QC20s, whose more pronounced ANC has a detrimental effect on audio quality.

The flip-side to ANC is Transparency Mode, which uses yet more witchcraft to continue to filter out background noise, while highlighting things like human voices and the squealing tyres of the van that’s bearing down upon you. It’s like having a very mild super power, allowing you to hear people uncannily clearly from further away.

The AirPods also look better. Like, much better. Those long stalks have been shortened, with the oblong buds now following the contours of your ear. They’re incredibly light, by far the most comfortable earphones I’ve tried, and the new silicone tips form a neat seal in your ears (something products from Beats and Jaybird have failed to do). This makes them ideal for working out – they didn’t come loose during a long run, which is a first for me.

Your fellow commuters will be pleased to hear they are pretty well insulated. In a quiet office at full volume a colleague sitting next to me could make out some muffled percussion, while at a more comfortable listening volume he couldn’t hear anything. Compare this to the earphones Apple gives away with its iPhones, with are so leaky people in adjacent offices can sing karaoke to your playlist.

Set-up is predictably simple – just open the case in the vicinity of your iPhone and the AirPods will automatically sync. After set-up, opening the box will display the remaining battery life on both the headphones and the case itself, which doubles up as a portable charging unit.

There are a couple of drawbacks. The size and weight of the buds means battery life is limited to around 4.5 hours of playback if you’re using noise cancellation, which you obviously will be. For day-to-day use this isn’t a problem, as the case has 24 hours worth of charge: arrive at work, pop the buds in the case and they’ll be fully juiced in time for lunch.

It does mean that listening will be interrupted on long flights – you’ll be able to watch Avengers: Endgame and an episode of Succession, but then you’ll have to pop them back in the case to charge. The good news is they only need five minutes to get enough charge for another episode of Succession, or 15 minutes to watch the whole of Endgame again.

Likewise, if you wear earphones in the office to drown out the horror of your chattering colleagues, you’ll have to take the odd break. These scenarios are hardly deal-breakers, but it’s something to bear in mind.

The other slight issue is the lack of a volume control button on the stalk. You can play/pause, skip/rewind, switch between noise cancellation and transparency, and summon Siri, but you can’t make the Beach Boys play any louder. What you can do, if you don’t feel too self conscious, is say “Hey Siri, louder”, which I now do fairly regularly, hating myself a little more each time.

In a straight-up competition with Sony’s WF-1000XM3 earbuds, the AirPods lag slightly behind in terms of pure audio, but the added quality of life improvements and greater comfort more than make up for that.

These are top-drawer earphones, my new go-to for daily use. They’re especially useful for iPhone users, who get the advantage of deeper integration, but they’ll work just fine with your Samsung Galaxy or Google Pixel. Unless you’re forever making transatlantic flights – in which case I’d opt for a pair of noise cancelling cans instead – these are about as good as you’re going to get.