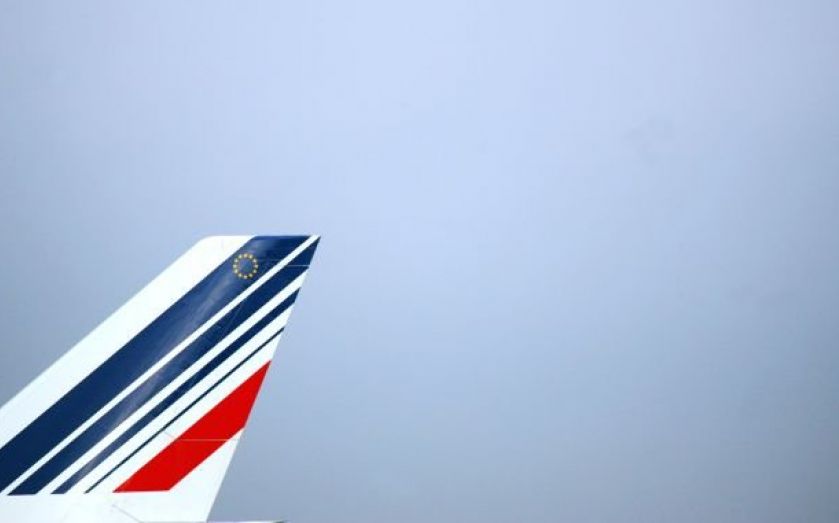 Shares in Air France-KLM opened 3.6 per cent lower at €6.41 this morning, after third quarter operating profit fell by half .
Profit for the three months to 30 September in 2014 was €247m, compared with €641m during the equivalent period last year.
The company put the fall in profit down to September's pilot strikes, saying their cost amounted to €416m (£328m) in lost revenues.
The strikes took place following the airline's announcement that it planned to increase the number of passengers carried on its budget airline Transavia by more than 100 per cent. It also said it intended to expand the budget carrier's operations outside France.
As an increasing proportion of established European carriers' business continues to be taken by budget carriers such as EasyJet and Ryanair, Transavia was introduced by the airline to help it compete and minimise losses.
Pilots were not happy with this because Transavia would hire them under local employment terms, resulting in lower pay.
The Franco-Dutch airline – the result of a 2004 merger between Air France and KLM – predicted the strikes, combined with a seasonal dip in fourth-quarter demand, will reduce its €2.3bn earnings target for this year by €500m .
"Over and above the effects of the strike, we also predict that the market will remain sluggish in the fourth quarter," Air France finance director Pierre-Francois Riolacci said. The company added that it intends to adjust investments and cut costs by 2015.
However, it said claims of major job cuts by Dutch news reports were unfounded, and that there were “no drastic or emergency measures which need to be declared".