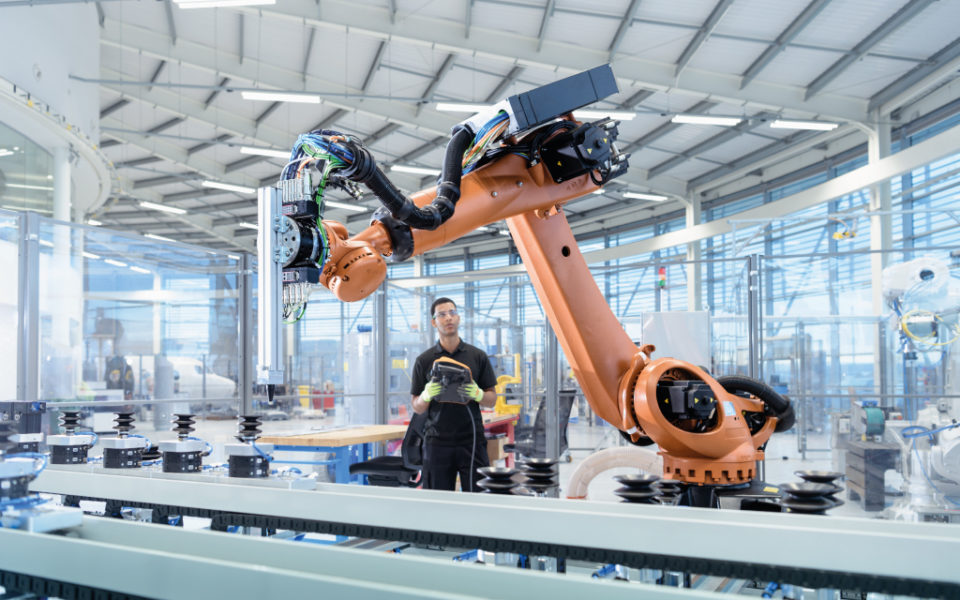 The future of work is at the heart of every major socio-economic-political debate. In fact, reports from the Organisation for Economic Cooperation and Development (OECD) suggest that robots are set to replace 66m jobs in the coming years. All these discussions are rooted in the topic of the nature and distribution of work.

Many are excited and energised by what they see emerging. Others are scared and afraid that what little grip they had on the economic ladder is about to slip. But, while the future of an automated workforce can be frightening, the artificial intelligence (AI) revolution will create a huge wave of opportunity for businesses and individuals who are prepared.

Whilst it is expected that 20 per cent of the more administrative portions of a job will be undertaken by a machine, the Fourth Industrial Revolution will bring about a digital boom in the global economy from a world of AI, automation, algorithms, bots and big data, mixing a futuristic vision with plausibility. Therefore, technology is not only replacing jobs, but also creating completely new roles, as revealed in a new report by Cognizant’s Center for the Future of Work, entitled 21 More Jobs of the Future: A Guide to Getting and Staying Employed Through 2019.

The future of work is bright

While some future jobs will be highly technical, others will be more low tech. Some are already observable in the marketplace, while some are years away from coming to fruition. For example, as wars are increasingly fought across virtual environments, cyberattack agents will become an important part of the military landscape. People in these roles will be tasked with developing, undertaking and leading the nation’s cyber deterrent programme. Working alongside these agents, juvenile cybercrime rehabilitation counsellors will also become crucial to reform the convicted hackers hiding behind their computer screens. These employees will work closely with young cyber offenders to rehabilitate and introduce them to ethical cyber use.

In other fields, we will see a range of exciting emerging technologies. The likes of voice UC designers, who will create a set of algorithms and linguistic imprint tools to help individuals curate their perfect voice assistant, will soon be listed on recruitment websites. Elsewhere, machine personality designers will give a unique voice and character to digital products or services, such as parking machines or robots serving in restaurants.

Keeping a focus on the human touch

Despite the increasing role of AI in creating the demand for these jobs, they each convey a set of three themes: ethical behaviour, security and safety, and dreams. As machine technology develops rapidly, many new roles are based on managing the relationship between machines and humankind, while some help the latter feel safe in a brave new world. Others derive from science fiction visions evolving into science facts, such as flying car developers or smart home designers.

The rapid evolution of working practices has resulted in skills resembling mobile apps, requiring frequent upgrades to stay relevant. While some skills are eternal, emerging at the dawn of time and will forever be vital for human survival, such is the speed of change that many of this year’s most desirable skills will become next year’s prerequisite.

Ultimately, the AI revolution will create as many, if not more jobs than it takes away. But the world of work will continue to evolve based on new technologies, humans must increasingly evolve their skillsets to stay relevant and work in harmony with them.

This article was submitted via Dropbox Paper: a collaborative workspace for teams. Read more at cityam.com/workinflow.