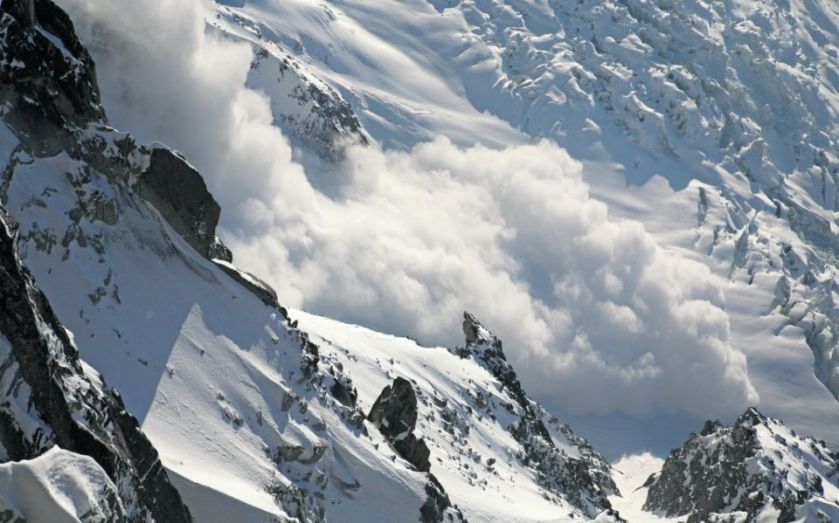 From the Eurozone to the UK, volatility will keep on returning.

The Swiss National Bank’s (SNB) shock decision to abandon the Swiss franc’s euro anchor last Thursday saw markets reel. At one point, the euro had crashed 30 per cent against the franc (see graph) before recovering some of its losses.
Ajay Pabari, founder and chief executive of Spread Co, said on Friday: “I’ve been around long enough to remember when the UK came out of the Exchange Rate Mechanism, so we felt it was inevitable that the SNB would, at some point, decouple from the euro, given the pressures it was under.” But as the firm also said, the SFr1.20 per euro ceiling previously made the currency look like a relatively safe bet in volatile foreign exchange markets. Many were caught unawares when the ceiling was abandoned, sparking seismic volatility.
As it stands, plenty may well share the sentiment of Panmure Gordon’s David Buik: “trading equities, bonds or FX currently has all the appeal of traversing a minefield. The number of imponderables, testing even the hardiest of traders, looks breathtakingly challenging”.

After all, this year has already been a bumpy ride. Markets are dealing with a collapse in oil and commodity prices, which have mangled shares in those sectors, and a slowing Chinese economy. Moreover, the potential introduction of QE in the flagging Eurozone and the prospect of a hard-left government in Greece are adding to the Swiss spanner in the works. Deutsche Bank’s currency volatility index (a measure of FX volatility) and the Chicago Volatility Index (Vix) (a measure of US equity volatility) show the extent to which volatility has returned.
So what should traders prepare for in the coming few months?

Last week’s shock Swiss move served as a stark reminder, points out Tilney Bestinvest managing director Jason Hollands, that “central bank policy interventions – both anticipated and unexpected – are a major driver of capital markets, over and above fundamental economic factors such as GDP growth rates or corporate news”.
And 2015 could see far greater disparity in the relative performance of markets, he adds. As the European Central Bank (ECB) ratchets up stimulus, the US is expected to tighten its monetary policy. This, says Hollands, could have several knock-on effects. First, it could lead to a lower correlation in the returns between different equity markets. Second, exchange rate volatility will likely be “extremely elevated”. While the US, emerging from an enormous stimulus programme, will see its currency strengthen even further than it has done so far, others, like Europe and Japan, will vie for a competitive advantage through devaluations.
But despite strong market expectations that Thursday will see ECB action, nothing is certain, says Angus Campbell of FxPro. The anticipation of action is so heavily priced in – and not just into the single currency – that inaction or disappointing measures will probably see big upward moves in the euro, he says. But “there’s no guarantee which way the currency will move. Because the euro has seen such depreciation, there could well be a degree of “sell the rumour, buy the fact,” leading to a bounce in the euro, even if they do announce QE,” he says.

Hot on the heels of Thursday’s ECB meeting, the Greek general election on Sunday promises to shake markets again, while the rhetoric on both sides of the political divide has already caused volatility in the run-up. “A left-wing Greek government is an unappetising prospect for the EU to maintain its equilibrium,” says Buik. Despite Syriza’s demands for a write-off of the country’s outstanding debt, the fiscal reality remains the same regardless of who wins – there is little room for manoeuvre in either direction, points out Colin Croft, manager of the Jupiter Emerging European Opportunities Fund.
While some have raised the possibility that Greece will leave the Eurozone if Syriza wins the election, Croft thinks it more likely that we’ll see a series of negotiations between the Troika and the new government when it comes to Greek sovereign debt. This may “resemble a game of chicken, in which it would be in neither side’s interest to be too stubborn”. As in any game of chicken, he adds, “one cannot exclude the possibility that both sides are ‘brave’ enough to steer straight into a head-on collision, but rational self-interest should give both sides a strong incentive to avoid a crash”.
During this volatile period, he says, Jupiter has been running a tactical underweight on Greece. But he stresses that it’d be wrong to assume political uncertainty will go on forever. “Once the dust settles, a significant buying opportunity could emerge.”
If the uncertainty around the country’s public finances is reduced to an acceptable level, he says, then investor gaze may fix on a market that is trading on distressed valuations. For example, “some of the Greek banks are [currently] trading on less than half book value, with strong cyclical earnings recovery potential”.

Of course, the Greek election isn’t the only one to consider this year: it may seem “almost parochial” to mention UK politics against the wider geopolitical backdrop, but the May General Election looks very uncertain, says Hollands. “We could see a pullback in the weeks leading up to the election,” says Buik – “markets do not like uncertainty”.
With support for Ukip and the Greens swelling, and the continued strength of the SNP in Scotland, “fund managers and retail operators must face the prospect that, superficially, the UK looks ungovernable,” Hollands says.
He adds that last year’s Scottish independence referendum was a warning shot: the volatility sterling suffered then “could be a forerunner of how markets react to the election campaign. With the prospect of an EU membership referendum if the Conservatives secure a majority, and more borrowing if Labour does, there is plenty of scope to see quite sizeable swings in both sterling, gilts and domestically-focused UK companies – not least should no party achieve a working majority,” he says.