Boris Johnson and buses: A brief but chequered history 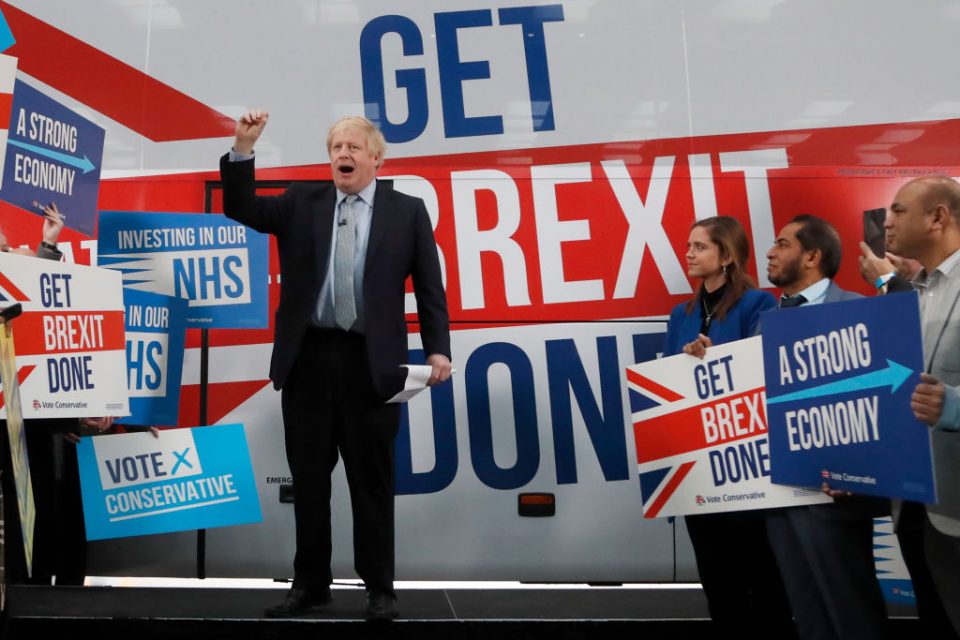 Boris Johnson unveiled his new election battle bus today, which comes emblazoned with slogans urging voters to back the Prime Minister to “get Brexit done.”

The Prime Minister’s penchant for the trusty London bus is well known. In an interview with Talk Radio in June, he admitted that he liked to relax by making models of buses from old wine crates, sending the internet into meltdown.

Whatever way you look at it, buses seem to follow Johnson around. Here are five memorable incidents that make us think it’s the London bus, not the bike, that should form the very bedrock of Boris Johnson’s legacy.

The original AEC Routemaster served London’s streets for more than half a century, eventually being withdrawn from service in 2005.

The introduction of a new model was a central pledge of Johnson’s successful campaign to become mayor of London in 2008, and the so-called “Boris bus” entered service in February 2012.

The new bus, which ran on a hybrid diesel-electric engine and featured the iconic “hop-on hop-off” rear open platform of the old model, quickly ran into problems, including air conditioning and engine problems, as well as fare evasion.

Not least of these were arguments related to costs, which the £355,000 price of each bus about £50,000 more expensive than a standard model.

Unfortunately for Johnson, the new model would not have the distinguished lifespan of its predecessor.

In 2017 current mayor of London Sadiq Khan axed the buses in a bid to make savings to the capital’s transport budget.

In September, Wrightbus, the Northern Irish firm that made the bus, collapsed into administration.

The victim of Johnson’s New Routemaster pledge was another well-known sight on London’s streets, the articulated – or bendy – bus.

In the same campaign Johnson described them as “cumbersome machines” which were too big for narrow streets and encouraged fare-dodging.

First introduced in 2002, the buses were very popular with wheelchair users, who described them as the “most accessible bus in London.”

Johnson came under fire from different quarters for his decision to remove them from service in 2011, with representative body Transport for All saying that it was “nuts” to scrap the vehicles.

The Liberal Democrats said that while 120 passengers could board a bendy bus, Johnson’s proposed new model could only fit 85.

But if you’re sad the bendy buses are no longer mounting kerbs trying to get round the capital’s tight corners, rest assured that they’re still running.

This bus is the one that has passed into infamy.

One of the most memorable images of the 2016 Vote Leave campaign was a bus emblazoned with the claim that Britain sent the EU £350m a week, which was later proved to be false.

The claim, which earned a rebuke from the chair of the UK Statistics Authority as “a clear misuse of official statistics”, was seen by many as critical to the Leave victory.

The stunt so incensed some people that Johnson was subjected to a lawsuit over the matter, which was only thrown out by the High Court in August.

Johnson will be hoping that his latest model proves rather less controversial.

For many Leavers, Johnson is their messiah. But while Jesus could turn water into wine, Johnson revealed over summer his rather lesser trick – turning old wine crates into model London buses.

Asked in a Talk Radio interview how he likes to relax, Johnson slightly bumbingly explained that he liked to make models of buses…

He went on to say: “I don’t mean models of buses. What I make is, I get old … wooden crates right, and then I paint them and, suppose it’s a box that has been used to contain two wine bottles and it will have a dividing thing, I turn it into a bus.”

Last, and without a doubt most surreal, of all, came this incident, from yesterday’s campaign visit to the South West.

We’ll just leave this one here.