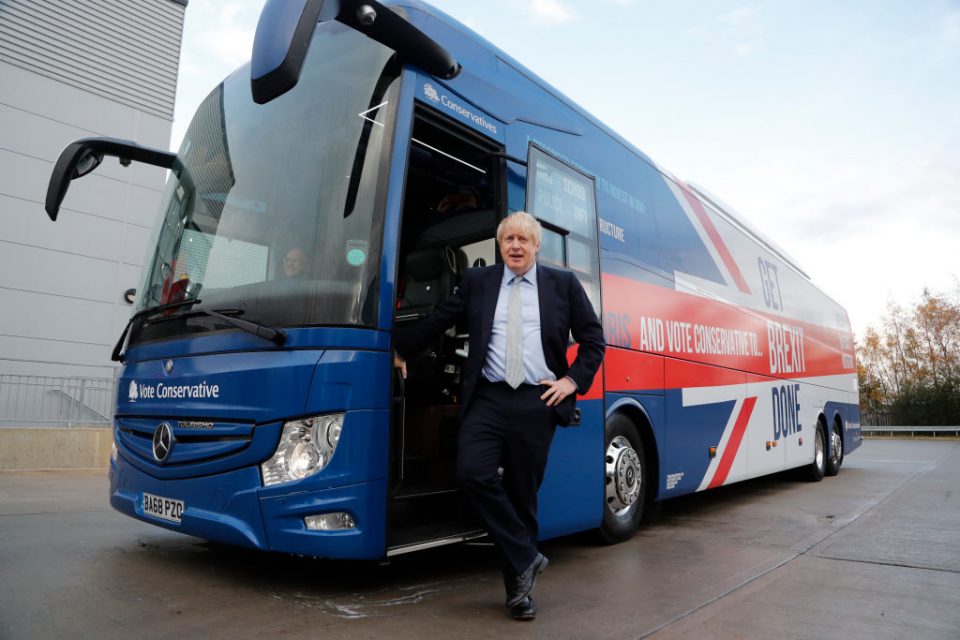 The bus is emblazoned with the words: “Back Boris and vote Conservative to… Get Brexit Done.”

“The answer is because parliament is unfortunately paralysed. It is like blocked pipe, or like an anaconda that has swallowed a tapir, or like a blocked artery at the heart of the British body politic that is refusing to get Brexit done.”

Just like the old saying goes, you wait ages for one Boris-related bus incident, and two come at once.

Yesterday the public was treated to the utterly surreal sight of the Prime Minister joining in, albeit quite half-heartedly, with West Monkton school children for a rendition of the “Wheels on the Bus.”

The Prime Minister will be hoping that this bus attracts less column inches than previous models.

During the 2016 referendum campaign, Johnson’s Vote Leave bus was emblazoned with the now infamous claim that Britain would be £350m a week better off after leaving the EU.

The claim, which earned a rebuke from the chair of the UK Statistics Authority as “a clear misuse of official statistics”, was seen by many as critical to the Leave victory.

In May this year, a magistrate ruled that Johnson should face charges for the claim but that decision was overturned in June by the High Court, after judges concluded that the magistrate’s decision was flawed.