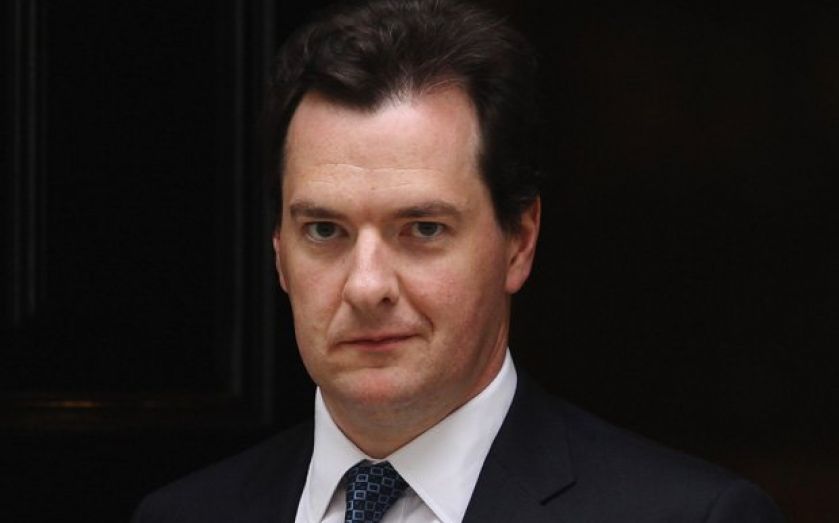 HALF a decade of rock-bottom interest rates and loose monetary policy have delivered an astonishing windfall to governments around the world, dramatic new research released today reveals.

By contrast, older savers with significant assets have been hammered, losing out on huge amounts of interest.

Younger households, which are net borrowers have benefitted. While contrary to popular perception, banks have only gained by a small amount, and many have actually lost out.

The report by The McKinsey Global Institute says that for governments in the Eurozone, US and UK  the costs of servicing their national debts are $1.6 trillion (£1 trillion) lower than they would otherwise have been.

In comparison, households in the Eurozone, UK and US have lost out on an estimated $630bn (£394.42bn) in net interest income, with older households hit hardest.

Five years of easing has had varied effects on finance: profits have been trimmed in the Eurozone banks, with $230bn effectively lost up to last year.

US banks have seen a $150bn boost in the same period, due to a slump in interest payments to their depositors. 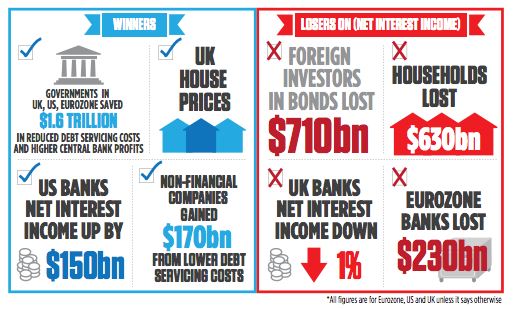 McKinsey’s report registers barely any change to the profitability of UK banks, where net interest income fell by just one per cent.

Life insurance has been hit particularly hard by the low yields on bonds that they had previously relied on.

The authors of the research concluded that the continuation of a low-interest rate environment for several more years could threaten their survival.

In the UK, where wealth is more closely linked to property, low rates are credited with boosting house prices by 14 per cent, because many mortgages are pegged to the Bank rate.

However, UK homeowners will be more exposed when rates do rise. The report estimates that for every percentage-point hike in effective interest rates, annual household debt payments would increase by 19 per cent.

The appetite for emerging market bonds among foreign investors has also surged: the $92bn purchased by international buyers in 2007 had surged to $264bn last year, according to the report.