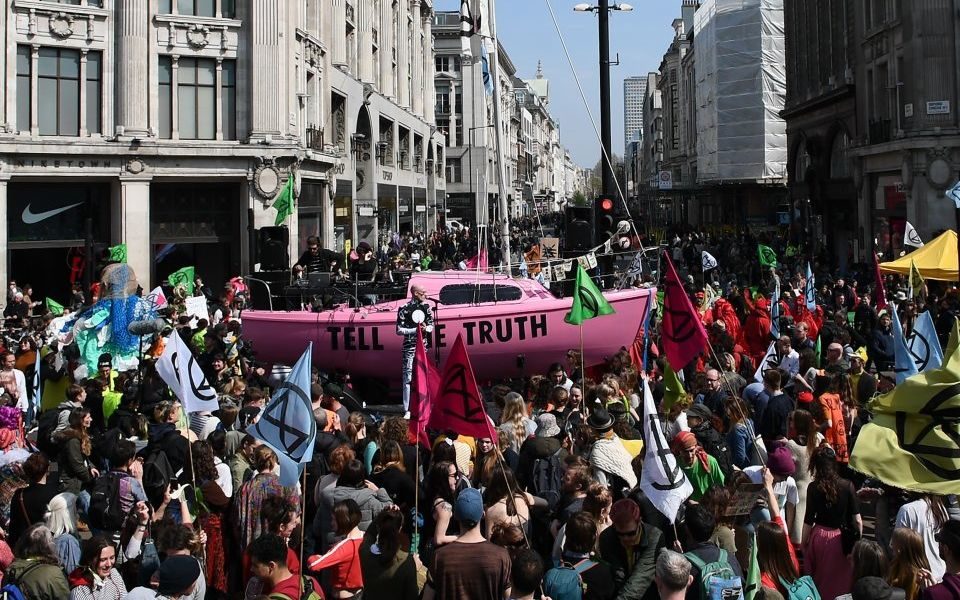 Climate change protesters have announced that they will target the City’s Bank of England on Thursday, with demands that future stimulus bond buying is done with green goals in mind.

The protests, organised by campaign groups Positive Money and Fossil Free London, will take place at the Bank on the day it releases its inflation report, and comes after weeks of climate protests in London by Extinction Rebellion.

Climate campaigners’ tactics have angered many, however, who say they have caused businesses to lose money and that their targeting of public transport is counterproductive.

Bank of England governor Mark Carney has recently stepped up the Bank’s attention to the issue of climate change.

It has set out policies to help banks and insurers enhance better manage the financial risks from climate change, and has set up a working group with the financial regulator to engage industry and trade bodies on the issue.

The two groups will demand the Bank of England “greens” its quantitative easing (QE) programme, which means stopping asset purchases in high-carbon sectors and favouring bonds which fund green projects.

They will also say the Bank should use its regulatory power to stop financial firms financing the fossil fuel industry and encourage greater lending to sustainable energy projects.

The activists have said they will arrive outside the Royal Exchange building opposite the Bank for a “photo stunt” and will stay outside until journalists have entered the building to report on the inflation report at around 10am.

Positive Money said it campaigns “for a money and banking system that enables a fair, sustainable and democratic economy”, while Fossil Free London said it seeks “social, economic and environmental justice across London”.

Both groups said the Bank’s recent moves on climate change have been “encouraging first steps”. The groups said: “Speculation is mounting that the Bank of England will undertake more QE in response to a Brexit shock or another recession.”

“Campaigners want to ensure that future QE will help rather than hinder the green transition,” they said.