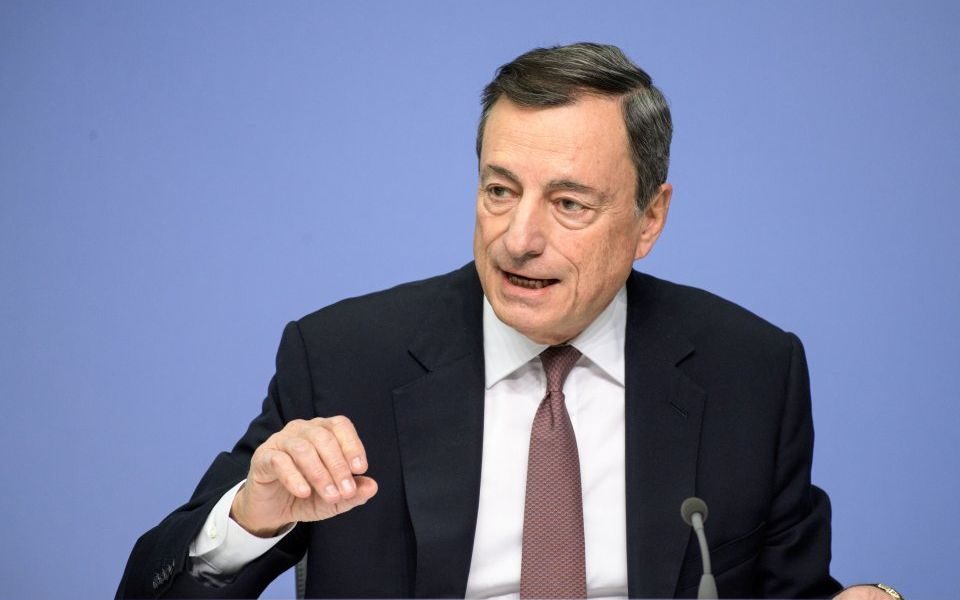 The European Central Bank (ECB) kept up recent tradition today when it announced it would hold interest rates at record low levels and reaffirmed that it will not raise them before the end of 2019.

Read more: US threatens tariffs on $11bn of EU goods

ECB boss Mario Draghi struck a more pessimistic tone than at the Bank’s last announcement in March, sounding warnings over the potential threat of US tariffs and Brexit to the Eurozone economy.

The decision to hold rates came a day after the International Monetary Fund (IMF) slashed growth predictions for the bloc’s biggest economies and the US threatened to slap tariffs on $11bn worth of EU goods.

The president of the ECB, which is responsible for the stability of the euro, said growth in the Eurozone was threatened by “the persistence of uncertainties related to geopolitical factors, the threat of protectionism and vulnerabilities in emerging markets”.

Draghi said the threat of tariffs from the US “is certainly undermining general confidence.” He said that “threats of further protectionist measures” were “one of the reasons for the general weakness in the Eurozone.”

On Brexit, Draghi said: “Certain countries are especially exposed to the UK economy, and of course they will have consequences and the consequences may be serious.”

He said these consequences could “reverberate”, although “if you take the aggregate numbers you wouldn’t expect much of an impact [on the EU] given the relative size of the two entities.”

“The second caution is that the value chains are very extensive and the ramifications of value chains are also quite broad,” he said. “If we were to reach a point when these value chains were to be broken then we can have lots of local and possibly serious effects.”

The ECB said its main lending rate will stay at zero per cent while the deposit facility will remain at minus 0.4 per cent, meaning banks are charged for leaving money with at the ECB.

It will continue to reinvest the money it receives from the maturing bonds in its asset purchase, or quantitative easing (QE), programme.

Draghi said: “Incoming data continued to be weak, especially for the manufacturing sector”. He added: “Slower growth momentum is expected to extend into the coming year.”

In good news for workers in the Eurozone, Draghi said: “Further employment gains and rising wages continue to underpin the resilience of the domestic economy.”

The Bank repeated its March line and said it expects rates “to remain at their present levels at least through the end of 2019” and for as long as it takes for inflation to pick up to two per cent.

Anna Stupnytska, global economist at Fidelity International, said: “The ECB is, yet again, in the ‘wait and see’ mode.”

“Over the past month, data has been somewhat mixed, with weakness still concentrated in the externally exposed parts of the manufacturing sector, while services-related activity and more domestically exposed sectors have continued to show resilience,” she said.

The ECB did not announce any specifics about the Bank’s new cheap loans programme, known as TLTRO III, which aims to support banks’ lending as it pulls away from QE.

Details of the programme will be “communicated at one of our forthcoming meetings”, Draghi said.